Baby abandoned in Stockton dumpster is part of declining trend, thanks to this law

The number of abandoned newborn babies has dropped since the "Safely Surrendered Baby" law went into effect in 2006. 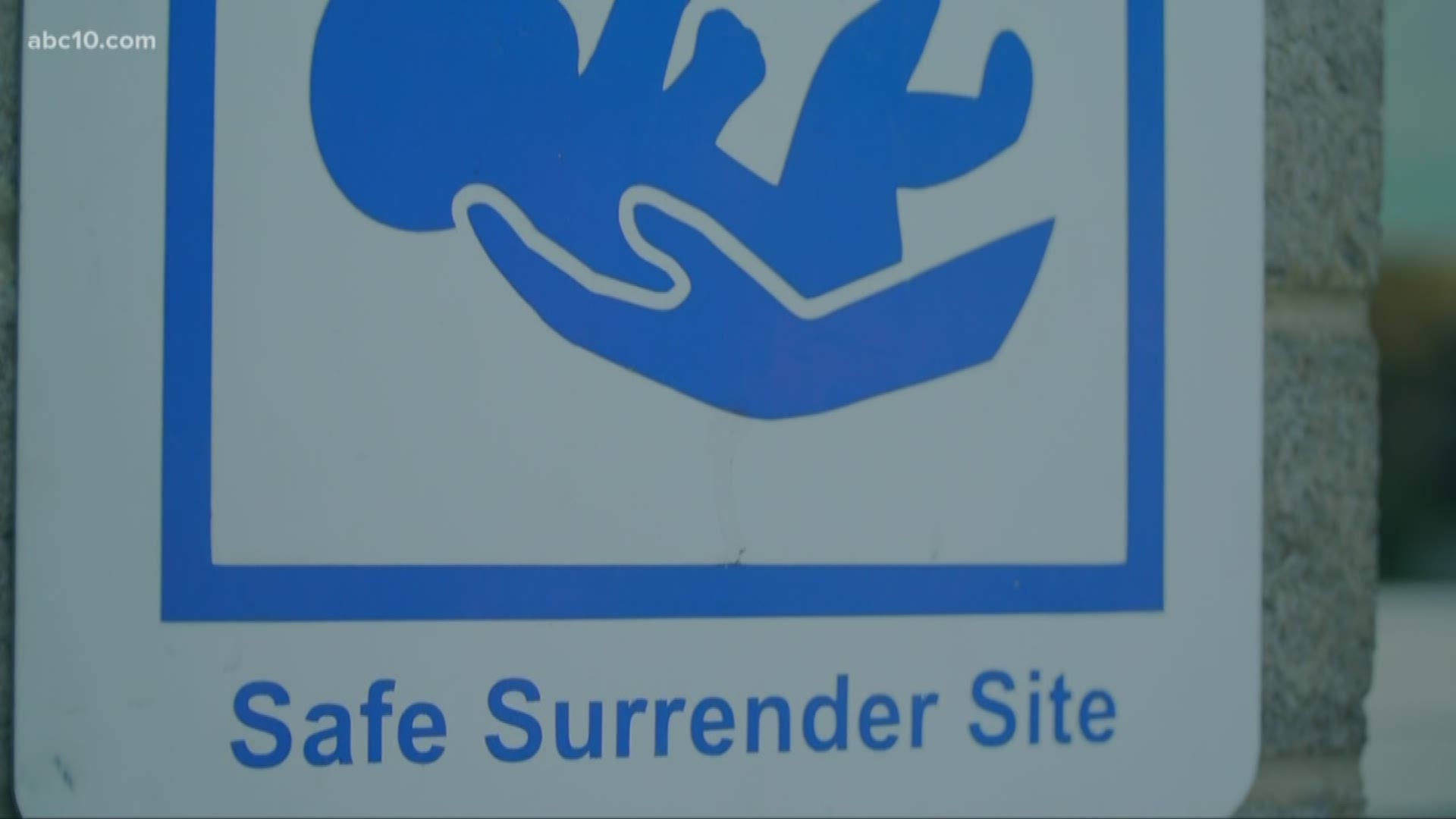 STOCKTON, Calif. — Stockton emergency responders rescued a newborn baby boy, who had been abandoned in an apartment complex dumpster just before noon on Tuesday.

"When I got there, I found to my surprise that there was a totally healthy, normal-looking, brand-new newborn,” he told ABC10. "It's not something you see every day or once in a lifetime, even."

A 2006 California law aims to prevent abandonment situations just like this one, and numbers show it’s working.

The “Safely Surrendered Baby” law, signed in 2006, says a mother or other custodial guardian can surrender a baby to a designated safe surrender site within 72 hours of the infants birth without fear of being charged with a crime, as long as the baby shows no signs of abuse or neglect. Generally, fire stations and hospitals statewide are safe surrender sites.

"Any time that decision has to be made, we're here to not judge,” Doolan said. “We're actually very happy to take that child and take care of it and get it the help and support it needs."

Each of Stockton’s fire stations has several signs out front, designating it a safe surrender site. While surrenders are rare, Doolan said, there is a system in place for when a mom brings her newborn to the station.

Credit: ABC10
Wristbands with identical numbers on them are given to the surrendered baby and to the mother or other custodial guardian who gives up the child, so if within 14 days she changes her mind, she can be reunited with her newborn, per state law.

The law allows that mother – or father or custodial guardian who safely surrendered the newborn – to change their mind within two weeks and reclaim the baby.

Between 2001 and 2017, the most recent year of data, 931 newborns were safely surrendered, according to the state's Department of Social Services.

Since the law went into effect, there has been a steep and steady drop in the number of abandoned infants like the one left in a Stockton dumpster.

Credit: CA Dept. of Social Services
Since California's "Safely Surrendered Baby" law was signed in 2006, the number of abandoned babies has steeply and steadily dropped.

Doolan said the baby is lucky he got discovered just before noon on this hot day and very quickly after birth.

"When you leave that [scene], you go, 'Man, I'm glad this wasn't at 4 o'clock in the afternoon,’” Doolan said. “I'm pretty sure it would've been a different scenario.”

Stockton police say the mother is a 15-year-old girl, who now faces a charge of felony child abuse or endangerment.

Doolan said he hopes that a mother finding herself in this situation chooses to safely surrender her baby, instead of abandon it.

Stockton's Women's Center: Youth & Family Services also offers an option for young mothers. CEO Krista Fiser said all of her organization's youth services include help for young people with children, even 'Safe House,' the emergency shelter for kids ages 12 to 17.

WATCH ALSO: Formerly homeless Stockton teen paying it forward to those in need