Harley was ruled to have died by compressive asphyxia. 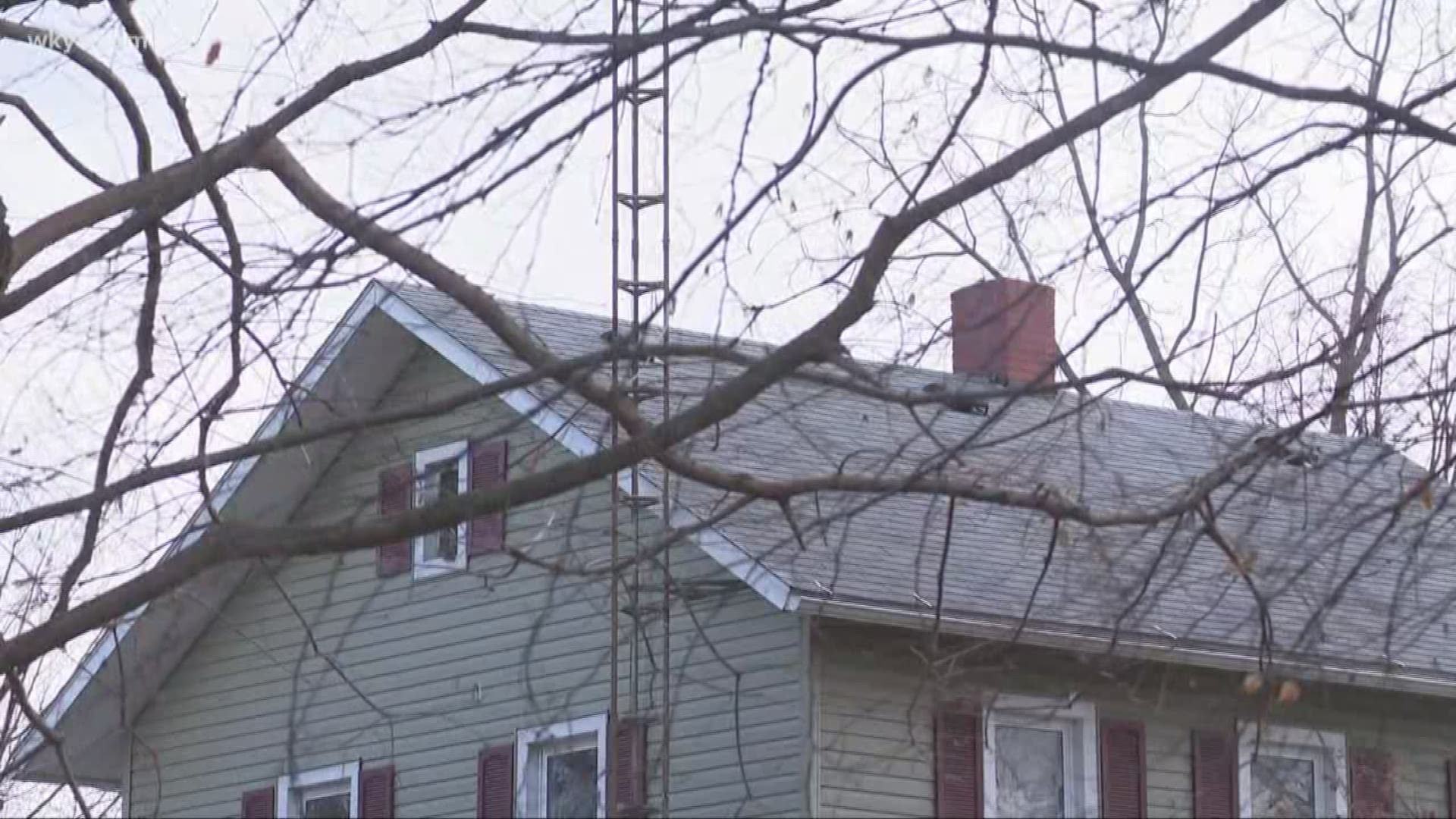 PORT CLINTON, Ohio — After weeks of searching for 14-year-old Harley Dilly, police have confirmed his body was found inside the chimney of a vacant home near his family's residence in Port Clinton.

"Yesterday afternoon, a repeated canvass of the neighborhood led investigators to the house at 507 Fulton Street," Port Clinton Police Chief Rob Hickman said at a noon press conference Tuesday. "The house had previously been checked multiple times. There was no evidence of forced entry. The house’s windows were locked and the doors were secured."

Once inside, Chief Hickman said investigators found Harley's coat and glasses on the second floor of the house next to a brick chimney.

“We were then able to discover what we believe to be Harley, who was caught in the chimney," Chief Hickman said. "His family was notified early this morning, and this appears to be an accident. At this time, there does not appear to be any foul play expected. No cause of death has been determined."

An autopsy was conducted this morning, and the Ottawa County Coroner's Officer confirms Harley died by compressive asphyxia. The full results will be released once toxicology tests and the law enforcement investigation, but Dr. Dan Cadigan seemed to agree with Chief Hickman's belief that the incident was an accident.

"It appears Harley climbed an antenna tower to the roof and entered the chimney," Hickman said. "Once in the chimney, Harley’s jacket and glasses were pushed from the chimney through a flue into the second floor of the house. The chimney was blocked between the second and first floor, which trapped Harley. The chimney is approximately 9” by 13” in size. This is a tragic outcome to the case, and a tough loss to the community.”

Authorities said it’s unclear how long Harley had been in the house, which is a summer property that its owners are remodeling.

Chief Hickman expressed repeated gratitude to everybody who helped in the search efforts.

“This is not the outcome anyone wanted, but thanks to your help and support we have some closure for the family."

We streamed the entire press conference, which you can watch in its entirety below:

This update comes after the Ohio Attorney General's Office canceled a statewide endangered child advisory for Harley around 8 a.m. The cancellation was announced with a brief message that declared, “The child has been recovered. Thank you for your assistance.”

"We are heartbroken over the outcome, but know every effort was made to find Harley. Chief Hickman shouldered the weight of this investigation, which has resulted in a tragic loss for the community of Port Clinton. No case is tougher than when a kid goes missing."

"We are deeply saddened by the news regarding Harley Dilly. Our thoughts and prayers go out to the Dilly family. Additional counselors are on site at Port Clinton High School today for both students and staff. At this time we are focusing our attention on our students and staff and will not be conducting any interviews. We ask that you please respect our request while our school community copes with this tragedy."

Harley was first reported missing several weeks ago after he was last seen Dec. 20. He disappeared on his way to school.

Harley's story is one that has gained national attention, including a spot on A&E's Live PD.

Police have said that Harley's family has fully cooperated with the investigation.