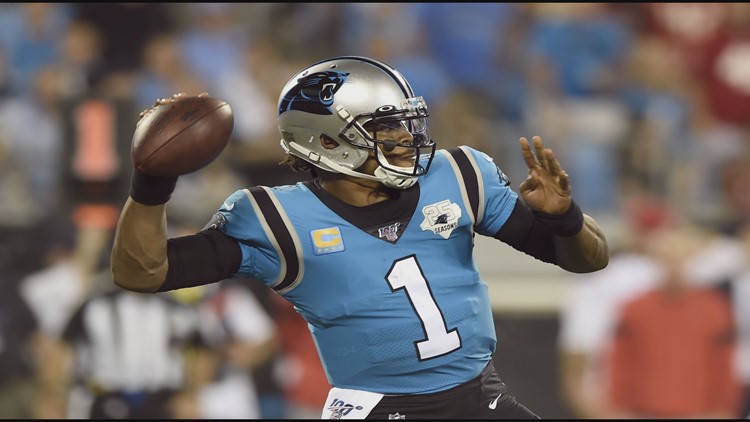 CHARLOTTE, N.C. — What began as a mild left foot sprain suffered in the preseason for Cam Newton, has led to much worse just three weeks into the regular season.

Carolina Panthers Head Coach Ron Rivera confirmed Newton will not travel with the team and will not play in the team's road match up against the Arizona Cardinals.

This comes after Newton re-aggravated that foot sprain week 2 against the Tamp Bay Buccaneers. A game in which Newton didn't even complete 50 percent of his passes with more than 50 attempts on the night.

It's evident Newton and the Panthers have struggled to start the 2019 season. The former No. 1 pick was averaging a career-low 6.4 yards per attempt while failing to throw a touchdown pass in either of Carolina's first two games prior to re-aggravating the injury.

Backup Kyle Allen will now get the start Sunday, in his hometown of Arizona. Stay tuned to WFMY News 2 for your complete Panther Coverage.