The Agapion family released a statement regarding the lawsuit saying the Summit Avenue Apartment fire was "caused by the negligence of adults in that apartment." 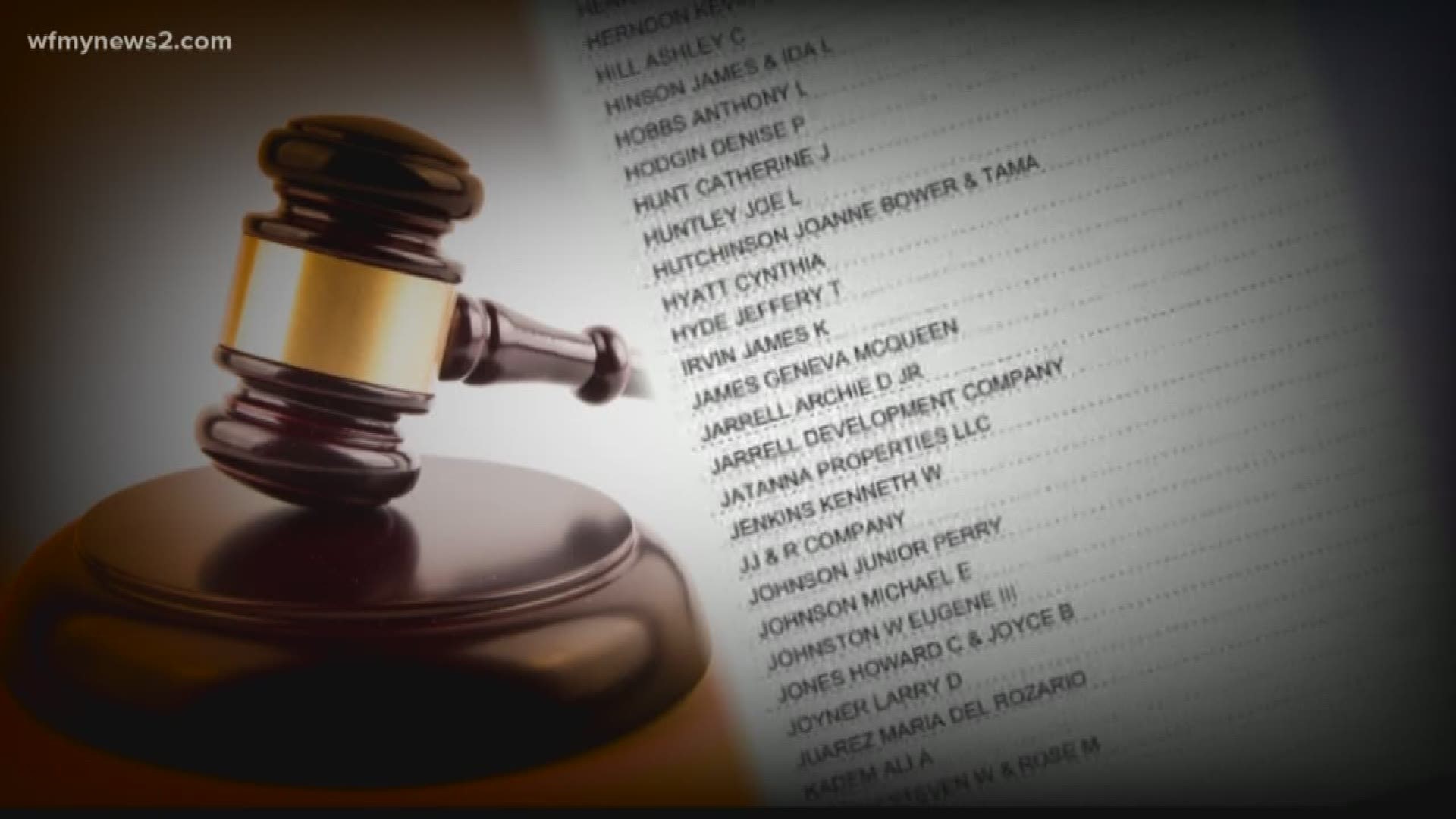 GREENSBORO, N.C. — The City of Greensboro is making good on its promise to hold landlords accountable.

On Thursday, attorneys filed a lawsuit on behalf of the city against top landlord offenders, including the Agapion family for unpaid penalties stemming from housing code violations.

According to the suit, the landlord "flagrantly refused to pay" hundreds of thousands of dollars in fines for "widespread violations of the Greensboro Code of Ordinances" over several years.

Housing experts say it's a lawsuit meant to send a message.

"This is the first, and an important step, in saying enough is enough," said Greensboro Housing Coalition Executive Director Brett Byerly.

Earlier this year, WFMY News 2 reported that the city was missing out on millions because landlords across the area weren't paying their penalties.

At the top of that list was the Agapion family.

The Agapions, who run Arco Realty, own and rent out dozens of properties across Greensboro, but racked up more than half-a-million dollars of unpaid fines - more than $682,000.

"If the city is able to win this case in court, it sends a tremendous message across the city and I think we will see more folks complying with the law, and doing the right thing," said Byerly.

He says if the landlords who owe the most are forced to pay up - others will clean up their act.

"Having this political will shown and having this action filed, should make those places that are not named in this lawsuit - that might be kind of sitting on the edge of this - take notice, and do the little things they need to do to get those properties habitable," said Byerly.

RELATED: 'We Are Serious': City of Greensboro To Sue Former Owner of Apartment Complex Where Five Kids Died in Fire

WFMY News 2 reached out the lawyer representing the Agapions. He sent us this statement:

Although Arco Realty and the Agapion Family (“Arco”) have not had a chance to digest the City’s lawsuit, they look forward to vindicating themselves in a court of law.  For months, they have been unfairly attacked in the news media. These politically motivated attacks contained many misleading and inaccurate statements. Now, the dispute will move to court, an arena in which the facts and the law matter.

The tragic fire that occurred at the Summit Avenue Apartments in 2018 was caused by the negligence of adults in that apartment. The tragedy did not result from any alleged code violations. City officials and some members of the news media continue to link purported code violations with the fire. They know better. This false narrative serves no purpose other than to harm Arco and the Agapion Family.

Before Arco sold the Summit Avenue apartments, Arco invested more than $460,000 in repairs and improvements. The City did not spend a single dollar to repair or improve the property. Before the sale, each and every unit in the apartment complex passed city inspections. Every unit received a Certificate of Occupancy from the City. Media sources nonetheless reported inaccurately that the City paid for those repairs.

Longstanding city policy has been to apply landowner investments against any fines or penalties. Arco and the Agapion Family are entitled to offset many, if not all, of the alleged fines and penalties through its investments of hundreds of thousands of dollars in improvements to their properties.

The Agapion Family appreciates living in a country that honors individual rights and the rule of law. They are blessed to live in a country where we have a laws and procedure that protect citizens when the City they call home decides to target them without just cause.

The Agapion Family is not liable for the fines and penalties, and it will mount a vigorous defense in court.

We will keep you updated on this developing story.

RELATED: Greensboro Housing Leaders are Calling out Bad Landlords, and Want Harsher Penalties for Them

RELATED: Greensboro Is Missing Out On $1.4 Million Because Some Property Owners Haven't Paid Penalties