Officer Thomas said she noticed the man walking around without shoes. When asked whether he needed socks and shoes, he replied, "yes." 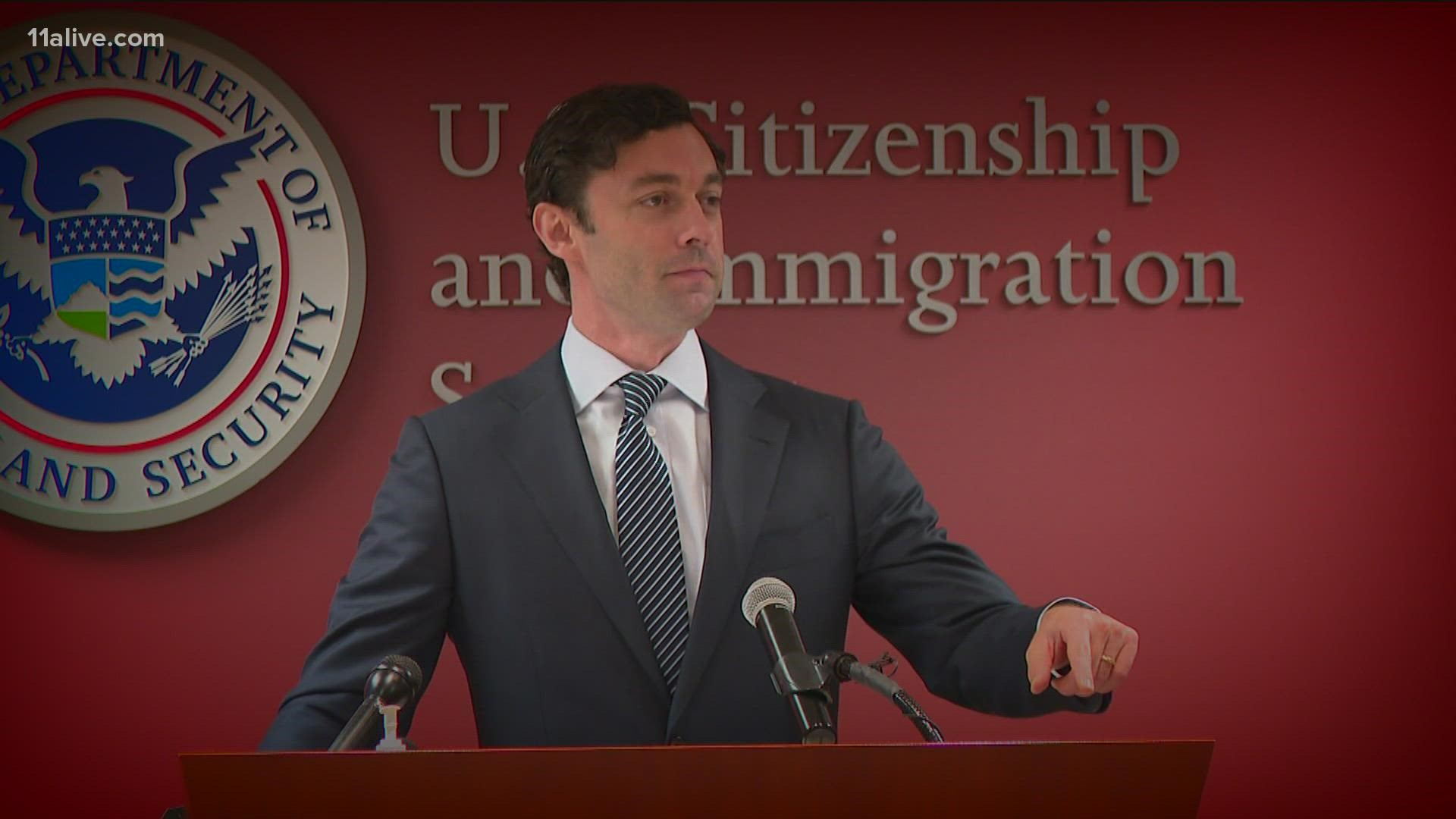 ATLANTA — An Atlanta police officer is getting a lot of online attention after a video was posted to social media of her giving shoes to a barefoot man.

According to the Atlanta Police Department, Officer S. Thomas said she noticed the man walking around without shoes on out in the rain. When asked whether or not he needed socks and shoes, he replied, "yes."

At that moment, Thomas reportedly ran to go get some shoes but when she returned, the man was gone. She continued to carry around the shoes in the trunk of her car just in case she happened upon him later.

One day, while working an extra job at a grocery store, she noticed the man outside. Thomas went to her car and got the shoes to give to the man.

According to a Facebook post from the Atlanta Police Department, Thomas "was not aware that she was being filmed during her act of kindness. She simply saw a person with a need that she could fill and did so."