The popular cidery has had a location in Lexington for years. Now they're moving into a new spot on State Street in Greensboro. 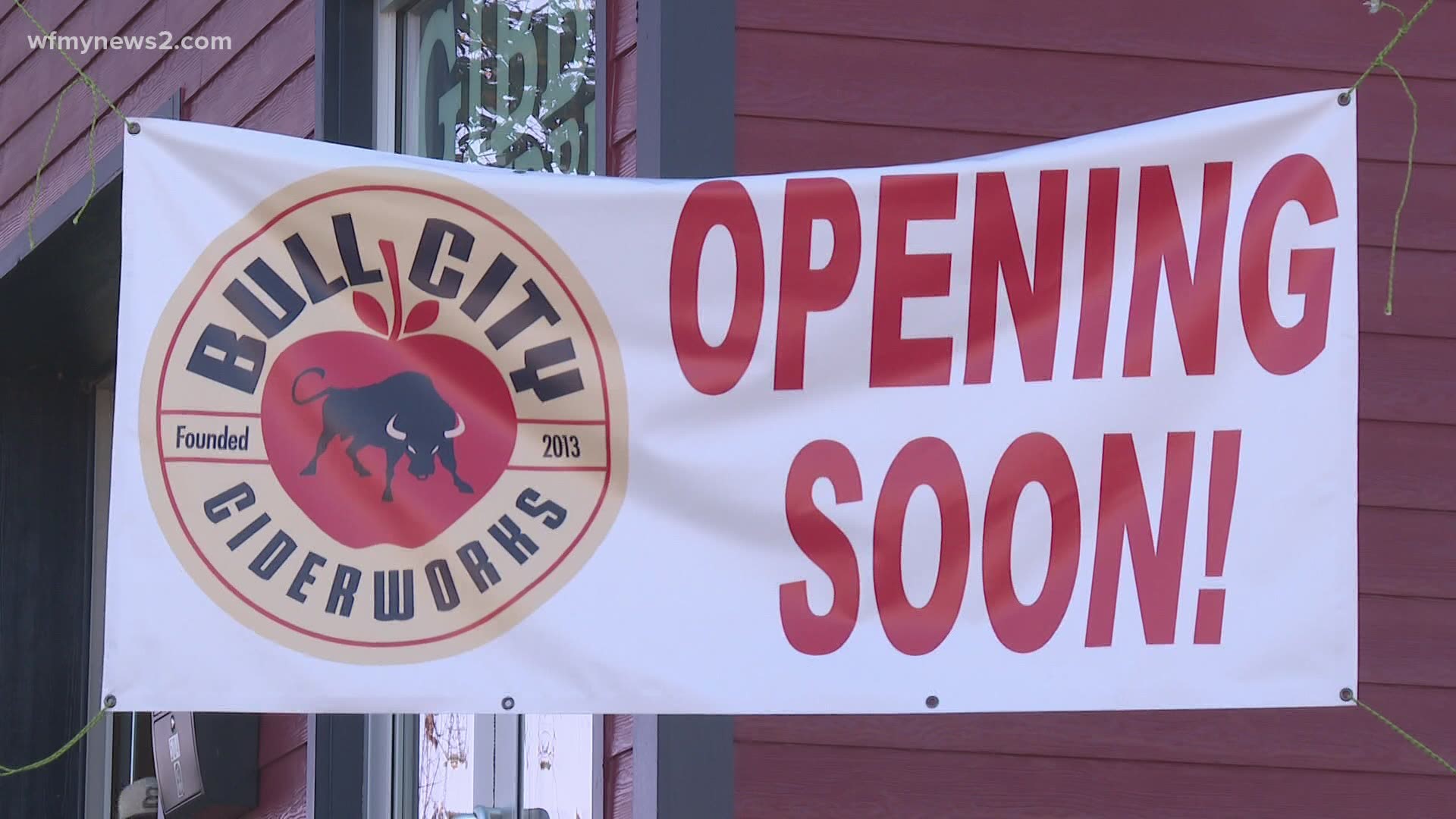 GREENSBORO, N.C. — Folks in Lexington know Bull City Ciderworks well. Their location in Davidson County has been there for years.

CEO John Clowney said it's where the majority of their production happens, and it's been successful. Renovations are underway at the massive facility. The cidery started in Durham. It's the flagship location, and the company mainly does small batch production there.

In 2020, Greensboro will enter the fold. Bull City Ciderworks will move into the old Gibbs Hundred Brewing location after the brewery closed its doors in September. In a few months, a cidery will replace the brewery.

CEO John Clowney said he's been looking at opening a Greensboro location for a while now. It's home.

"My mom and my mom's family are actually from Greensboro, so it's been fun for me driving around and getting to know a lot of parts that I saw as a child," Clowney said.

"The fact that my grandmother worked over at White Oak Mill, it's pretty cool to kind of go around and see what's happening in the area," he added.

Clowney said he aimed to open a location in Greensboro even before the pandemic. He said the new spot will focus a lot on outdoor seating.

"We have never done or had a grand opening where we have had restrictions on people and the space," Clowney said.

"We will work to make sure we have some creative methods so we can still get enough people out here to have fun," he added.

Bull City Ciderworks said they will mostly use its Greensboro location to focus on barrel aging and developing specialty ciders. Clowney said they plan to open before the end of the year. The cidery did not give a specific grand opening date.

RELATED: Greensboro brewery struggling but not tapping out during pandemic