Randy Booker is blessed to still be alive. After countless procedures in the last 12 years, his heart only operates at 60%. But Booker is thankful for every day. 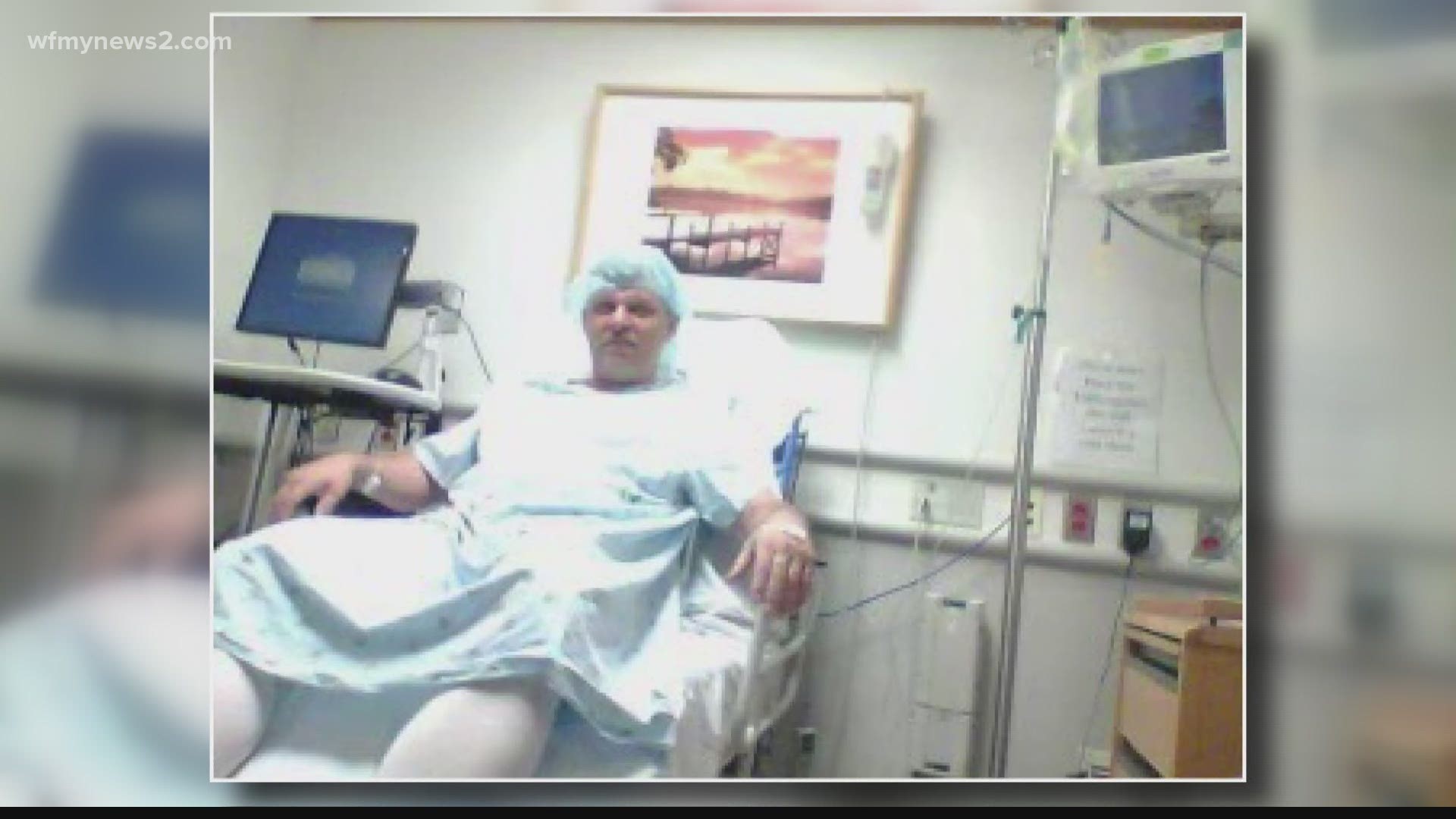 BURLINGTON, N.C. — Randy Booker is blessed to still be with us. After countless procedures in the last 12 years, his heart only operates at 60%, but he's just thankful for every day he's still kicking.

In 2009, Randy suffered from a heart attack known as the Widowmaker. This happens when a large blockage forms in one of the left arteries in the heart.

"At that point, I had my first triple bypass, and that's when they found out that my arteries were such of an 85-year-old man and I was 44."

Unfortunately, this was just the beginning of his journey.

"I've had two triple bypasses, I've had 16 stints, 28 balloons, 61 heart caths, I've been in the hospital over a 100 times, I've been life-flighted twice, I've had 6 congestive heart failures. So I'm basically the 6 million dollar man."

All in all, Booker is in as good of a condition as he can be in at this time in his life. His 5 kids and 6 grandkids are just happy every day he wakes up.

His 10-year-old son Reid wanted to make sure to share this message, "My dad means a lot to me. Because he's always there for me. It's been a struggle because I'm really worried.... but I know he's going to be ok."