The U.S. Navy veteran said the box contained insulin and his heart medication. He's hoping the public can help identify the thief. 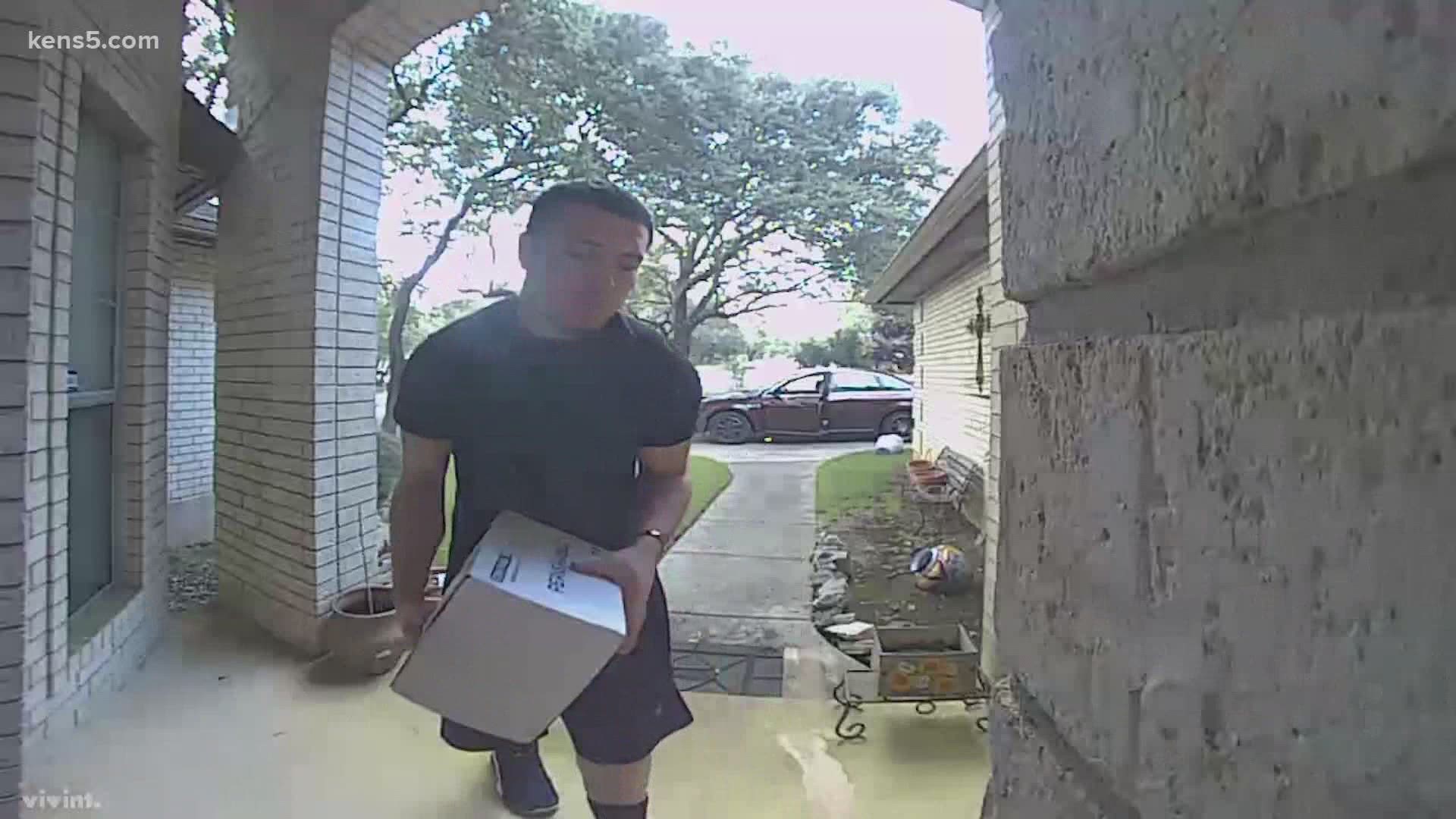 SAN ANTONIO — Art Reyes said he and his wife were out last Wednesday, when they got an alert on their doorbell camera. What they saw was a man stealing a box from their front porch at their home off Sunny Meadow, located on the city's north side.

“We saw a video of the UPS lady dropping it off at 10:00 in the morning, and then at 7:00 in the evening this guy just drives up, walks up and steals the box,” Reyes said. “He was so fast. He just came and left.”

The U.S. Navy veteran said he is diabetic, and the box contained his insulin and heart medication.

“At the V.A. (Veterans' Affairs), they furnished me with my insulin, but this guy is going around taking whatever he wants from everybody's porch,” Reyes said.

He shared another home surveillance video with KENS 5, and said the same man has hit other houses in his Timberwood Park neighborhood.

Reyes said he posted the video on his neighborhood's social media page; it's since been shared hundreds of times. He said he has enough insulin to make it until the next delivery, but wants the thief to answer to his crime.

“He's the one that needs to be caught because he's hurting a lot of people, and he just don't care. A thief ain't worth a crap,” Reyes said.

He is hoping someone recognizes the man from the video and turns him in to authorities.

The Bexar County Sheriff’s Office is currently investigating the case.  If you have any information, you're asked to called BCSO.