Marqus Hardy-Owens, 19, says he aimed to show what Black queer love is through his Spirit Square exhibit. 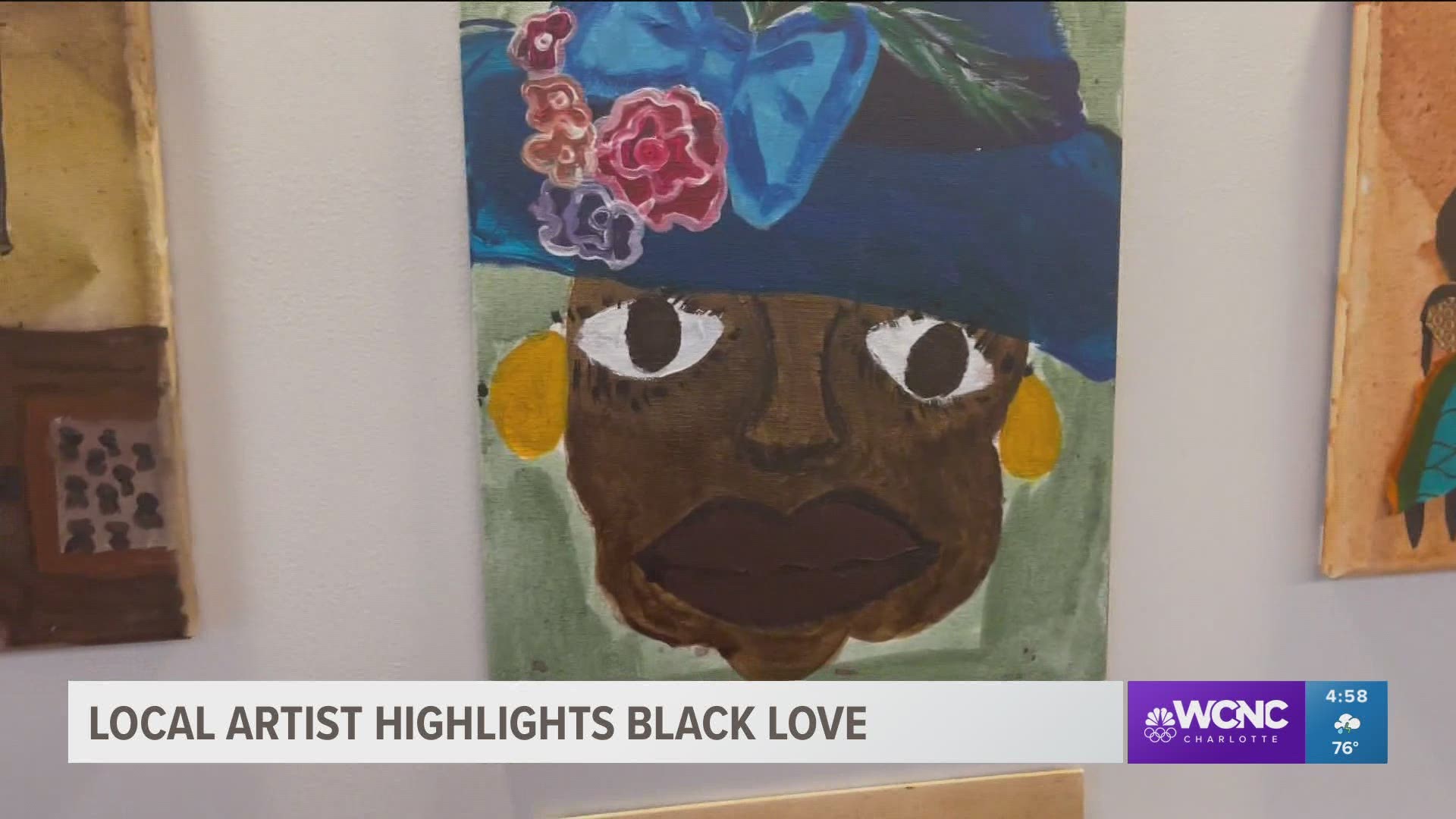 DAVIDSON, N.C. — A young artist recently got the chance to highlight his art about Black love, church and music at Spirit Square in Charlotte.

Marqus Hardy-Owens is a 19-year-old graduate from the Community School of Davidson. “What you’re seeing behind me is what it means to be black in its entirety,” Hardy-Owens explained.

Hardy-Owens said in his artwork, he tries to represent church, love and community. “What originally sparked the idea was I was in my classroom and we were writing poems and I wanted to write about being Black because I go to a mainly predominantly Black school and I wanted to know what it's like to be me,” he said

“I really wanted to show what Black queer love is," he explained. “It takes time, some people find it easier than others but in the end, it's always better to be yourself than anyone else.”

Hardy-Owens also said, “I think people think when you’re painting or doing some type of art you have to be good at it but it's really just bringing your thoughts onto paper to clear room in your head.”