The forum is being held Wednesday at the Peeler Recreation Center from 6 p.m. to 8 p.m. 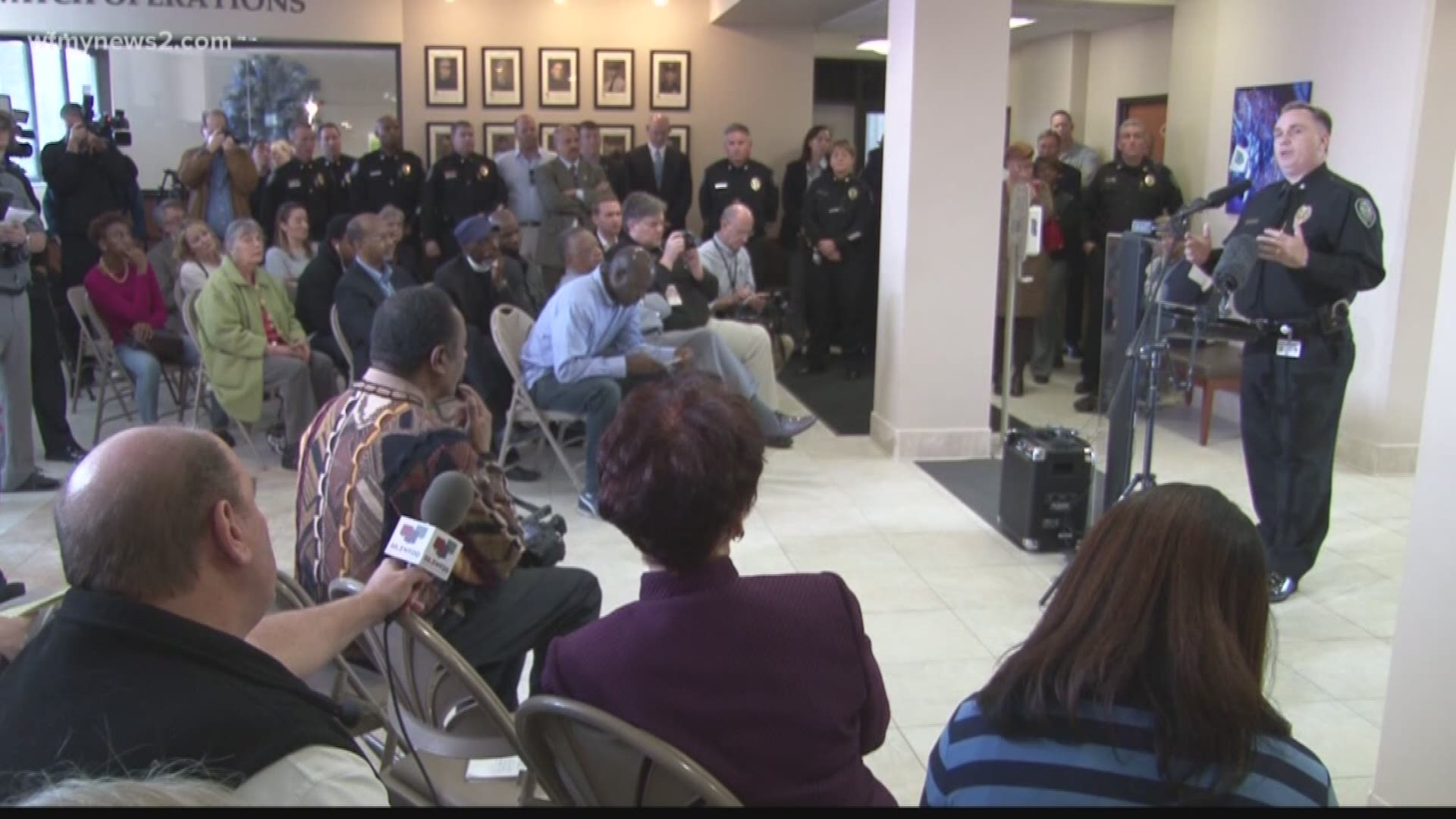 GREENSBORO, N.C. — He's just a few weeks away from being sworn in as Greensboro's new police chief.

Wednesday night will be the first time people will get to publicly ask soon-to-be Chief of Police Brian James what his plans are for Greensboro.

Residents say they plan to ask Deputy Chief Brian James a number of questions during the forum.

Casey Thomas, a Greensboro resident since 2006, helped get the forum together.

She says she's met the future chief and is hopeful for his success in the future.

Thomas says she wanted to make sure the community had a voice in this.

At the beginning of the search, the city held public forums to find out what the community wanted in the next chief.

Thomas says she wishes the public had the option to interact with the candidates.

"We really wanted to have an opportunity for the community to build a relationship with him that from the start would be rooted in accountability and transparency and for people to have the opportunity to hear his plans to address a variety of issues in Greensboro," said Thomas.

Thomas says different people that have different roots in the community will be at the forum.

She says a variety of topics are likely to come up, including violent crime, mental health, and drugs.

RELATED: Greensboro ties city record for homicides in a year with 44th fatal shooting of 2019

Thomas says she even has a few questions of her own.

"I hope that he will speak to ways that he plans to address this beyond simply arresting people because that approach hasn't really gotten us away from our rising rates of violent crime," she said.

Thomas says she hopes the community takes advantage of this opportunity because the responsibility between the community and the police chief goes both ways.

RELATED: One-on-One With Greensboro Police Chief As Retirement Nears: 'It Kind of Set in Like Wow, It's Real'

The forum is being held at the Peeler Recreation Center. Anyone is welcome from 6 to 8 on Wednesday night.

RELATED: Who Should be Chief? Greensboro Wants Your Opinion on City's Next Police Chief