While Dakaia fights her cancer, her neighbors are fighting for her. 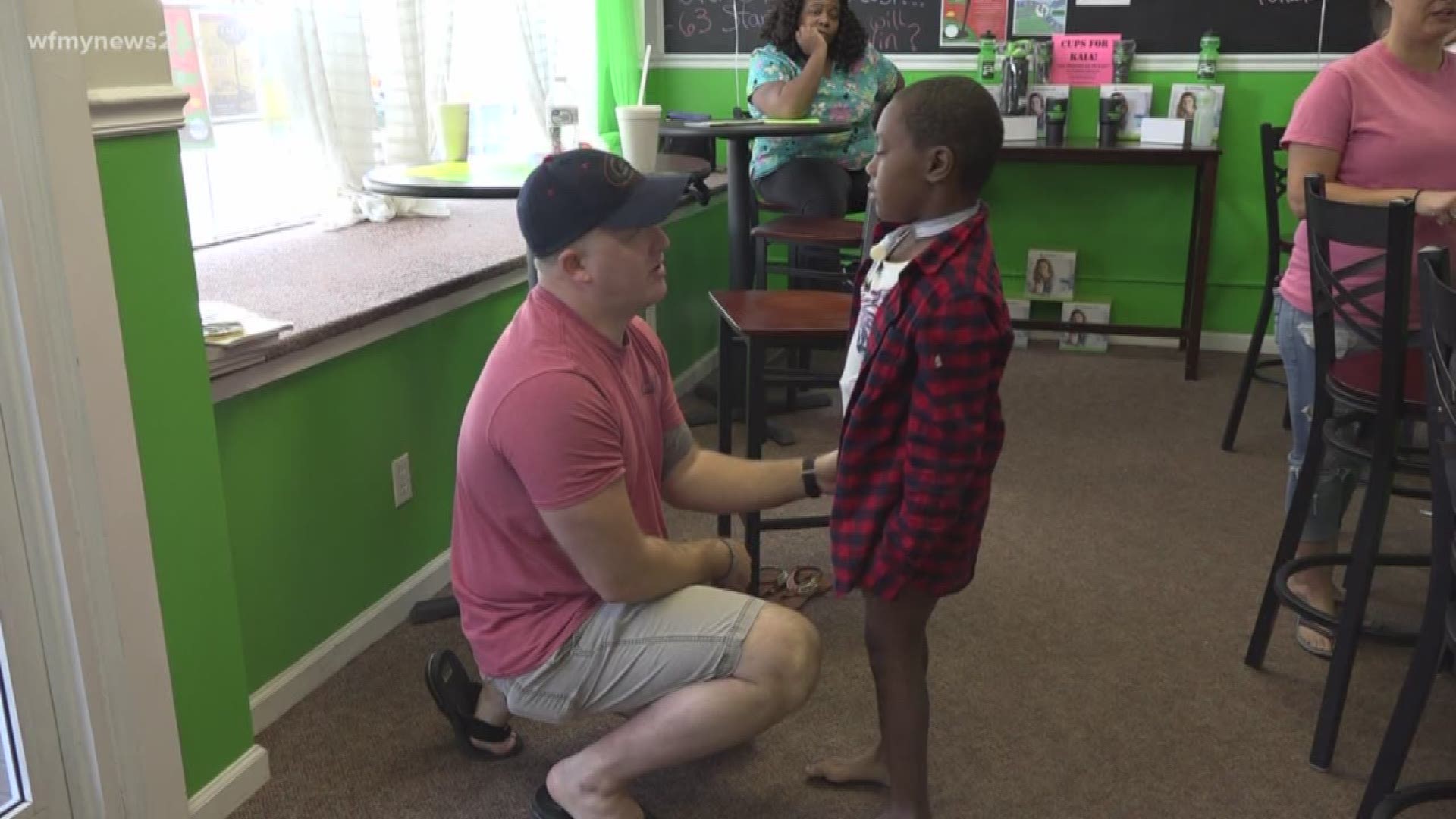 GRAHAM, NC -- It's a story that broke hearts across the Triad. 8-year-old Dakaia Gray, or Kaia, has terminal brain cancer.

Something Burlington Police didn't know when they responded to a break-in call at her house last month. Officers say someone stole Kaia's therapy dog: 11-week-old Annabella May.

While the community looked for the dog strangers stepped in. Burlington Police Officers spent a Saturday doing yard and housework for the Gray family. Thomas Holmes of Burlington gave Kaia a 9-week-old American Bulldog puppy named Bailey. But one Burlington Police officer said this break-in call opened his eyes to Kaia and her family's need and the community saw it too.

Her mom, Shala Browning is overwhelmed with all the love out there for her little girl. "It's not about the gifts or the money or anything like that, just some of the messages that I've gotten in my inbox or stuff is amazing and is beautiful and we're grateful," said Browning.

While Kaia fights her cancer her neighbors are fighting for her. Shamrock Nutrition is hosting a three-day fundraiser for her family. Kaia will be there helping serve smoothies and any tips she gets, she'll keep. There will also be raffles and a donation bin.

"Even if they can't donate, we want them to come and meet her and just see why she's inspired so many people. She just has the best attitude. It's infectious. I don't really know what else good I can say about her, cause there is so much," said Candace Sappington, the wife of a Burlington Police Officer and owner of Shamrock Nutrition.

Clint Lyons was one of the officers who responded to the home break-in call. He now stops by the family's house on a regular basis.

"Dropping off stuff that's come across the whole United States, from Tennessee. We got a package the other day from, she said she received one from Australia a matter of fact. Sot it's like a whole world-wide thing that's came across and to see that come from little Burlington, it's something amazing,"said Lyons.

Shamrock Nutrition is located at 146 S Main Street in Graham.