Punch4Pounds KIDS is hosting a citywide basketball tournament that will also act as a job fair for teens and young adults. 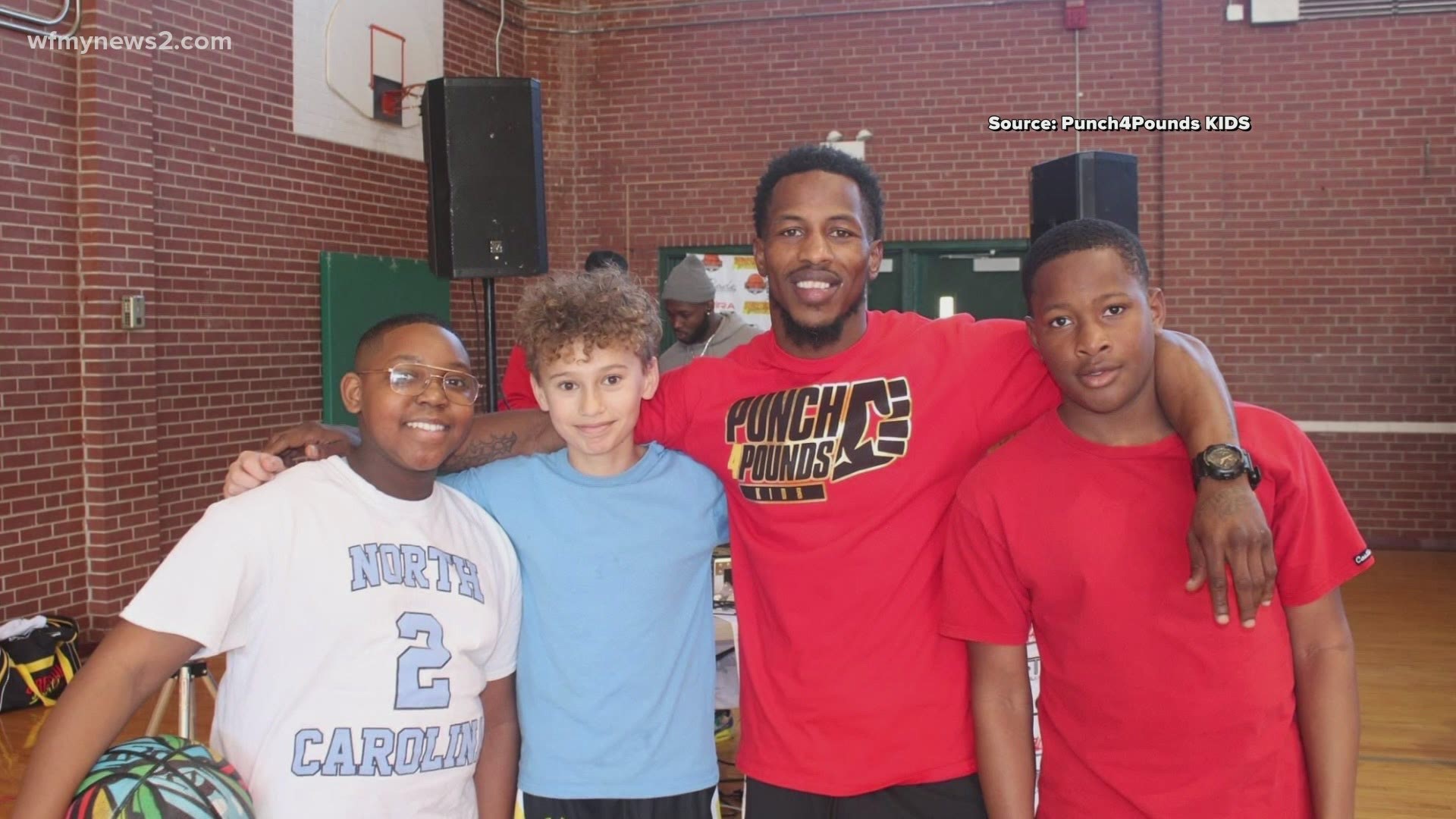 GREENSBORO, N.C. — Engage, empower, and employ are just some of the objectives of Punch4Pounds KIDS.

Punch4Pounds KIDS is a program that provides youth mentorship through the art of boxing.

Founder Steven Matthews is stepping out of the ring and bringing his talents to the court.

“We wanted to meet our community wherever they are,” Matthews said.

“We know basketball, is a sport everyone is gong to come to enjoy, participate in, and watch.”

His group is hosting a Citywide Peace and Prosperity Treaty Basketball Tournament on August 13.

The tournament will also act as a job fair geared towards youth and young adults.

“Violence and unemployment fall under the umbrella of poverty,” Matthews explained.

“We want to be able to close those gaps. From a violence standpoint we understand last year’s record-breaking numbers and understanding that we are on pace to break those numbers again.”

Punch4Pounds KIDS held a similar job fair in May by using a kickball tournament to engage youth.

“With the first event we were able to go and pick up young people from the public housing projects and bring them to Nacho Park for a day of kickball,” Parks said.

“We want to just be able to offer young people an opportunity to see something different,” Parks said.

“If you can see something different, you can kind of dream about what that can be or how you fit into what different looks like for you.”

With up to 25 employers on hand, Matthews hopes the basketball tournament will have the same impact.

The Citywide Peace and Prosperity Treaty Basketball Tournament will be August 13 at the Greensboro Sportsplex from 2 to 6 p.m.

Matthews said shuttling and transportation options will be announced closer to the event.

Deadline to register is August 1.