Angela Polk-Jones is one of the best UNCG athlete's UNCG has ever seen. Now, she might be even greater off the floor. 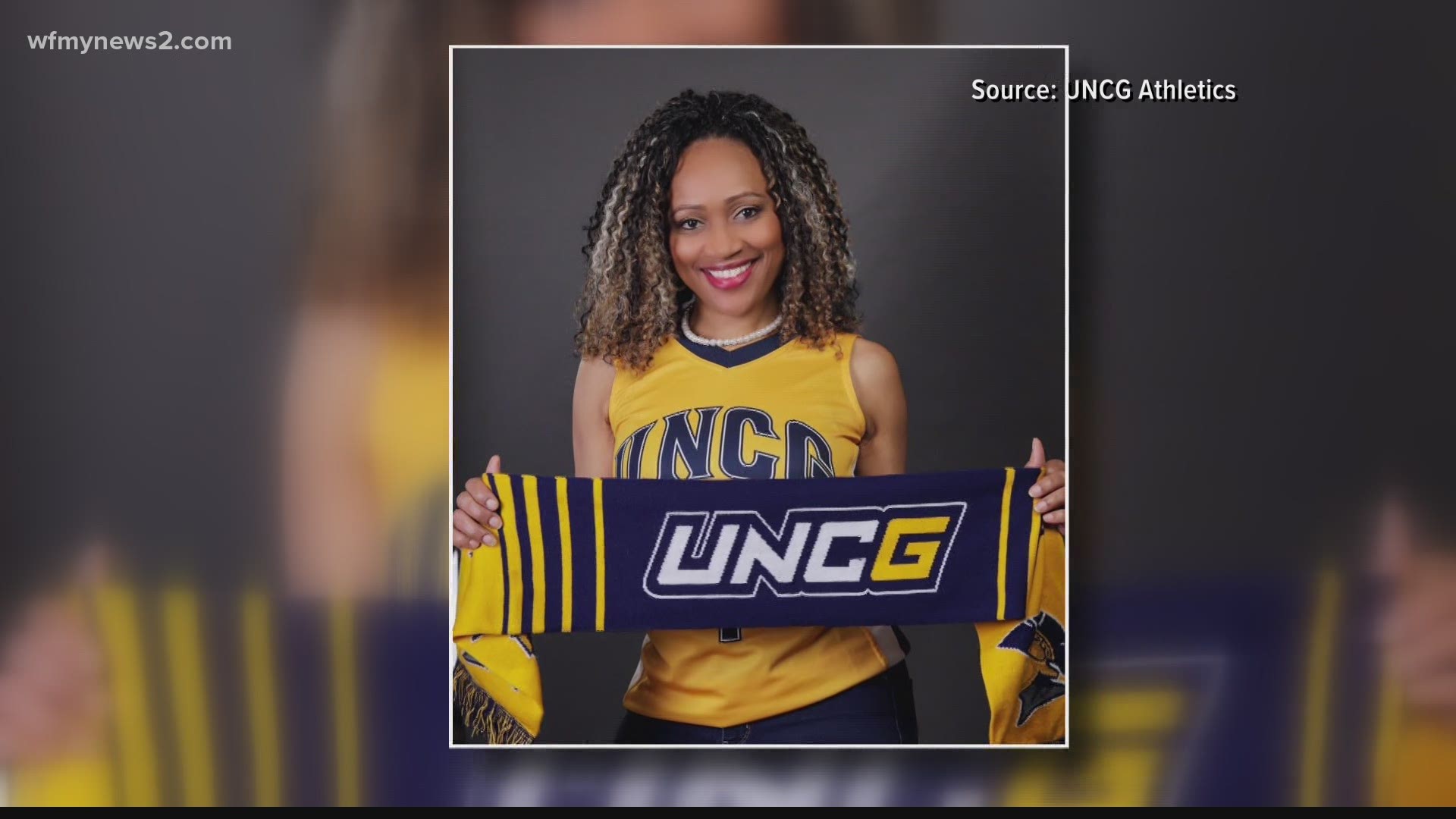 Angie Polk-Jones led the 1988 team to the Division III Final Four (placing third). When she ended her career in 1989, she was the program's all-time leading scorer (a record which stood until 2015). Polk was the league MVP in the 1986-1987 season, finished her career as the school record holder for career Field Goals made, and was the first player in program history to score 1,000 points and grab 1,000 rebounds.

But that is only just the beginning of the athletic accomplishments for Polk. She was a member of UNCG athletics' inaugural Hall of Fame class, was voted a first-team All-American for the 1987-1988 season, had the first jersey number retired in UNCG history in any sport, and scored the most points in a single season with 554.

While reflecting on her legacy at UNCG, Polk-Jones had this to say "It couldn't have been more perfect. And being able to say I put that mark on the campus. That is my way of giving back a portion of what they gave me and my experience. I'm just appreciative of everything UNCG has given to me."

Angela Polk Jones selected to be cut out at Final Four

However, with that long list of athletic accomplishments, Polk-Jones says her greatest accomplishment was off the court. "So I'm really appreciative of my time at UNCG, and I don't know if you're aware, I started the middle college at UNCG."

The Middle College at UNCG is one of the best high schools in our area, and in 2018, it was voted one of America's Best Urban Schools.

Now Polk-Jones is the principal at Middle College at Guilford Technical Community College in High Point.