Several former and current employees in the school system took to the podium Thursday night to voice their concerns about funding and school employee pay. 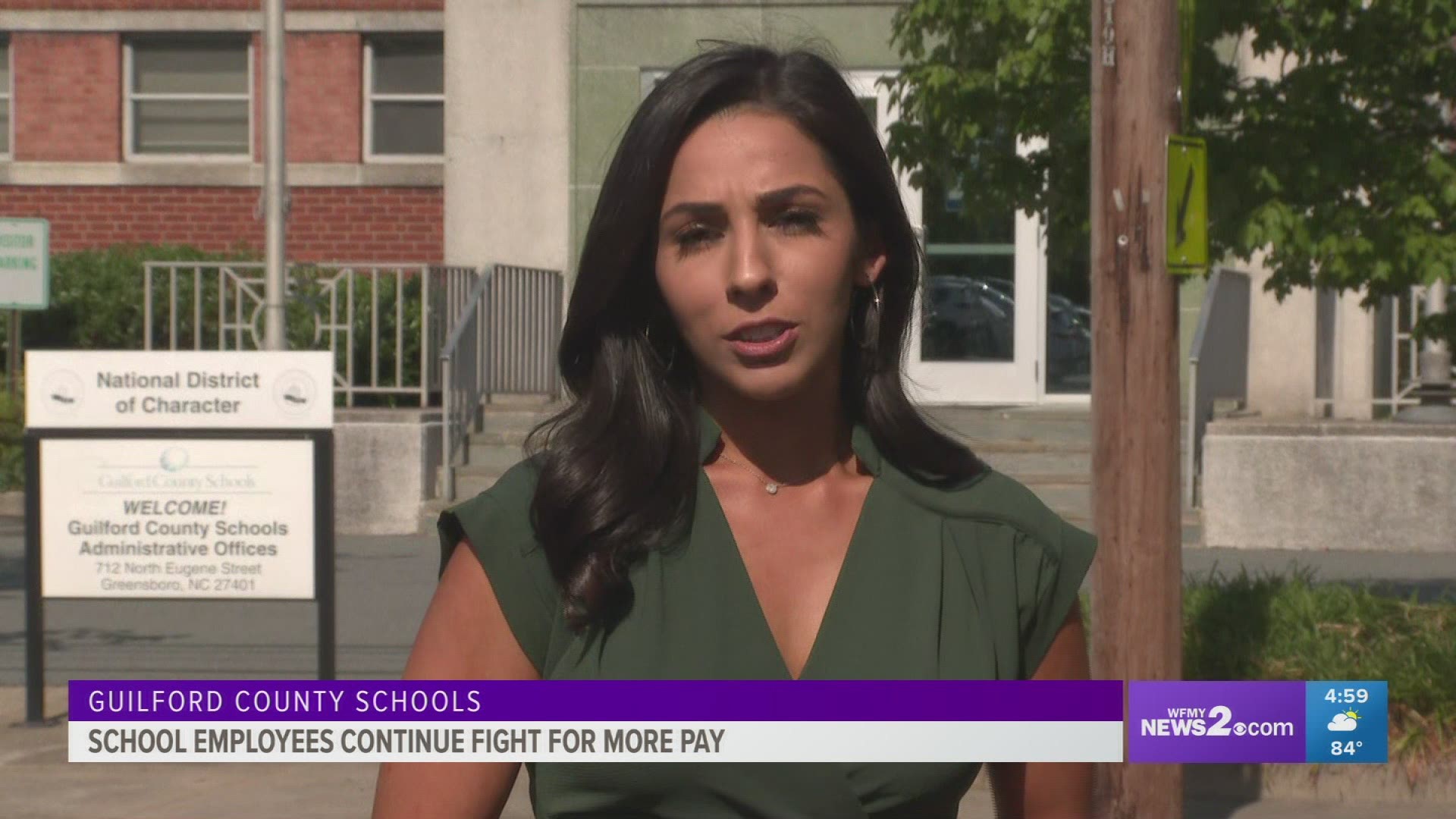 GUILFORD COUNTY, N.C. — School employees continued the fight for more pay, this time bringing it to the attention of county leaders.

"School employees are drowning. We are overworked, underpaid, and understaffed," said one teacher who took the podium.

"Lead us to be a county that values education enough to pay public school workers at least 15 dollars an hour," said another.

A similar pattern followed for much of public comment during the Guilford County Commissioner's meeting Thursday night.

Several employees with Guilford County Schools got up to the microphone asking for raises and for the county to pass the budget requested by the school district last month.

Educators and school staff have held rallies over the last several months for more funding and it's something Superintendent Dr. Sharon Contreras has pushed for in the past.

"Certainly the state should take action and the county should supplement it, whatever actions the state takes, but the battle is not at this table. I believe everyone here supports a living wage for our employees," Dr. Contreras said at a meeting in May.

Chairman of the Board of Commissioners Skip Alston said he shares the same concerns as the employees asking for higher pay. Alston said county leaders met with school leaders before the public comment session to talk solutions regarding better pay.

"We're all on the same page. We want the same thing. We want $15 an hour minimum for the classified workers, not only for the school system but for Guilford County also," said Alston.

Some who took the podium even advocated for tax increases as a solution.

"I'm here as a taxpayer to implore you to raise my taxes, support our schools," said one speaker.

School leaders were not immediately available for comment Thursday. Alston said the county will make a final decision on the budget on June 17.