In a 'sweet' way, Maine boy raises more than $1,000 for first responders

Argyle MacDonald, a six-year-old boy from Maine, has raised $1,180 and counting for first responders on the island during COVID-19. 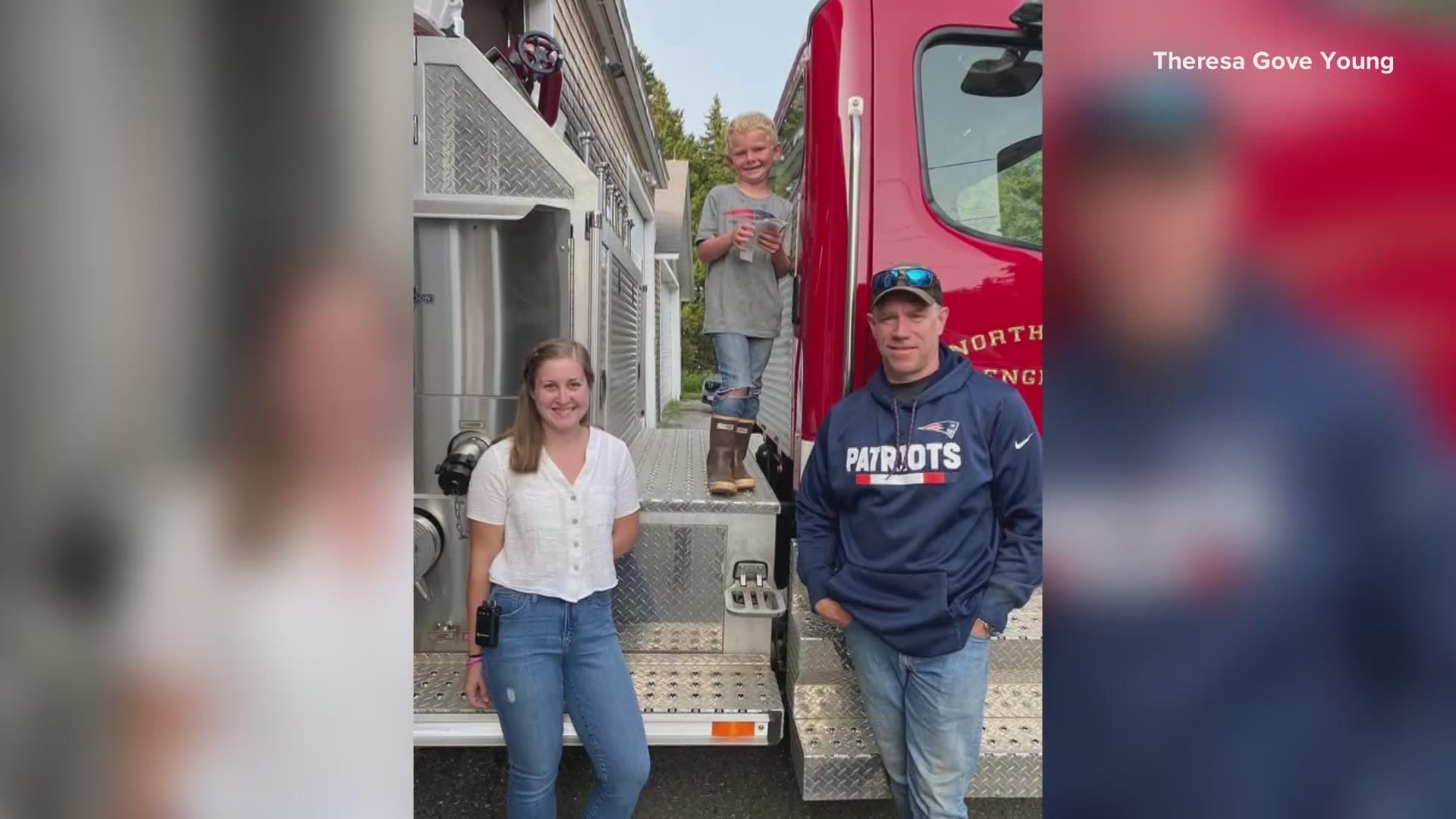 NORTH HAVEN, Maine — More often than not, you'll find six-year-old Argyle MacDonald on the water. One of the youngest of a long line of family members from the island of North Haven, Argyle has a passion for lobstering and fishing. Late Thursday morning before first grade, he was out on the docks, tossing traps and lime green buoys into the salty water like a professional.

About a month ago, though, Argyle decided to trade in his traps for treats, turning to a much sweeter undertaking for a good cause. Argyle's mother, Laura, says he asked her if he could do a fundraiser. She had assumed it was to raise money for a new toy or traps, but he explained he wanted to raise money for the fire department, EMTs, and police officers on the island for COVID-19 protection supplies.

This morning on @newscentermaine, I’m introducing you to a first grader who definitely made me smile! North Haven’s Argyle MacDonald was worried about the island’s first responders during #COVID19, so he did a bake sale that raised way more money than expected. #wakeMEup pic.twitter.com/n8bHbFbTp6

"I made some whoopie pies, some cookies, some pies, some sugar cookies," Argyle told NEWS CENTER Maine. Of course, he had some help from family members, too. Laura says they sold the treats in just under an hour and a half, and since then, donations have kept coming in. She says people have mailed Argyle letters and given him donations on the street, expressing what a nice thing he's done for the town and community. It's not an exaggeration, either — so far, Argyle has raised $1,180.

"It was crazy actually!" Argyle expressed, throwing his hands up, detailing that money was "about to overflow" from his "little bin".

“His dad and I were completely surprised" Laura said about the amount. "We thought it would be 100 or a couple hundred dollars, and it went way above and beyond what we ever could dream of."

The handful of first responders on the island were pleasantly surprised, too, by the kind gesture.

"I've been here for quite a while -- almost 40 years -- and this is the first time a young guy like Argyle has donated this much money to our fire and EMS," Shaun Cooper, chief of the North Haven Fire Department, explained.

"Unlike the mainland, we’re stuck here," resident Knox County deputy Josh Lemoi added, noting North Haven first responders' unique set of challenges — especially when they are all volunteers with other jobs. "So, with the ambulance calls or the fire calls, we rely on each other."

Erin Cooper, the ambulance director and crew chief for North Haven, says the money Argyle has donated will go to a fund to help them get additional equipment and things like PPE, which is needed on the island. Cooper says her team was reluctant to take all of the money at first, but Argyle insisted.

"We even were like, 'Argyle, do you want to keep just a couple hundred dollars?' He didn’t even think about it -- just, 'Absolutely no -- no way. I raised this money for you guys. I don’t want any of it.'"

That's the nature of a sandy-haired, freckled boy who's grown up in a small but tightly-knit community.

"We really look out for one another, which is really great in a small town," Laura smiled.

Argyle says he isn't slowing down any time soon -- he's says he's hoping to do another fundraiser next year! You can mail donations for this year's cause to Laura MacDonald, North Haven, ME, 04853.