Instead of taking the day off, the Greensboro school designed a day of special programming to honor the life, legacy and work of Dr. King. 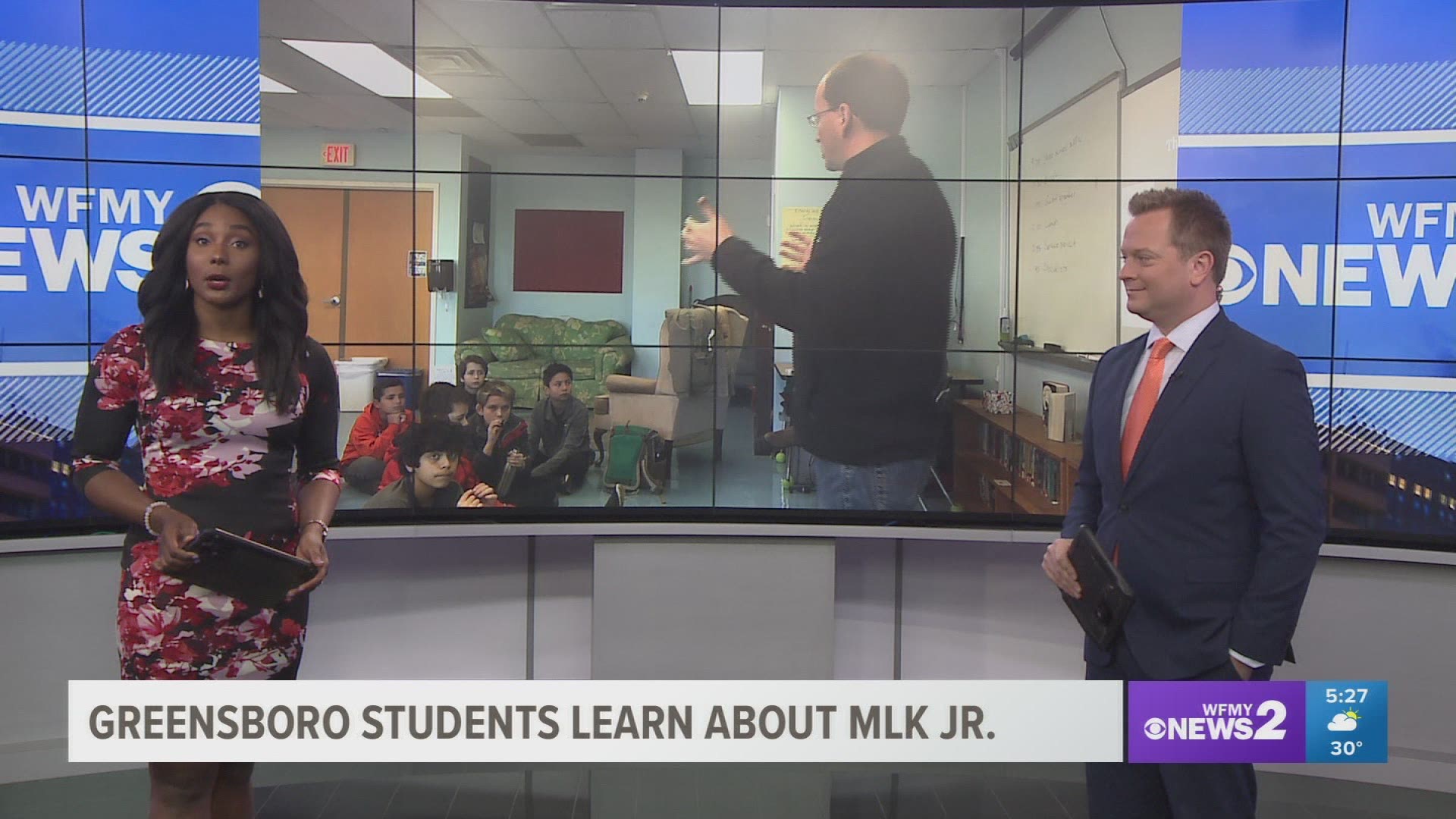 GREENSBORO, N.C. — While most school-aged children are spending MLK Jr. Day at home, New Garden Friends School, a preschool-12th grade independent school in Greensboro, skipped the day off and designed a day of special programming to honor the life, legacy, and work of Dr. Martin Luther King.

Students of all ages participated in various workshops about the civil rights movement throughout the day that combined art, music and history discussions.

At the middle and upper school campus, a West African dance troupe lead a demonstration and engaged students and staff to vibe to the beat of drums.

According to NGFS, as a Quaker school, service is always an important part of the school culture, so 1st-6th-grade students prepared meals in the afternoon for the Interactive Resource Center and the Servant Center.

A group of 7th-12th-grade students, under the leadership of freshman Morgan Cardille, designed an outdoor mural meant to communicate the school's commitment to Dr. King's vision while tying it into Quaker values.

We asked some of the 3rd through 6th graders what his legacy means to them. 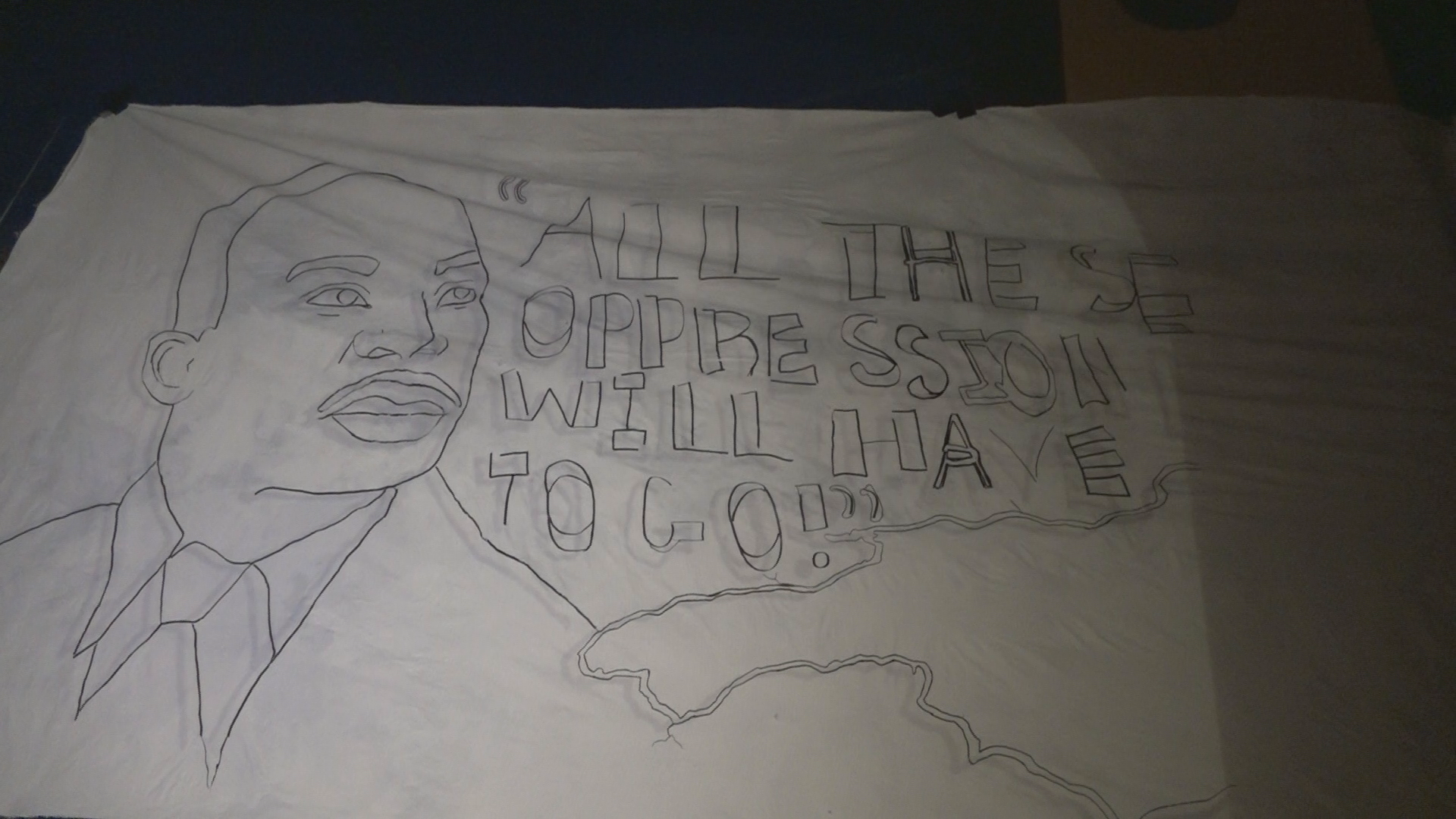 5th-grader Sam Espinoza Morales says, "We don’t want to forget what he said and what he did for us and everybody around us."

Louise Pappa, a 6th grader, shared that although she believes "we’ve definitely made strides" on being a step closer to Dr. King's goals, "we definitely have room to improve on our views on race and that sort of stuff."

Soren Mortensen, also in the 5th grade, agrees that we've come a long way since Dr. King's era and thinks "he would be proud that we sort of moved past a lot of the segregation."

Pappa thinks that a big reason why we've had difficulty overcoming differences is because of how polarized our society has become.

"We define how we think of people by their party," she says. "I think that if we were able to just look and realize that it’s like stereotyping."

3rd graders Ever Henderson and Seth Depass believe the key is kindness.

"The reason why it’s important to be kind is because if someone’s not kind to you then they’re going to take it back and do the same thing to you," Henderson said.

Depass shared, "when you’re kind to each other people will be kind to you."