‘We Shouldn’t Be Doing It,’ Not All Greensboro City Council Members On Board With New Public Comment Guidelines 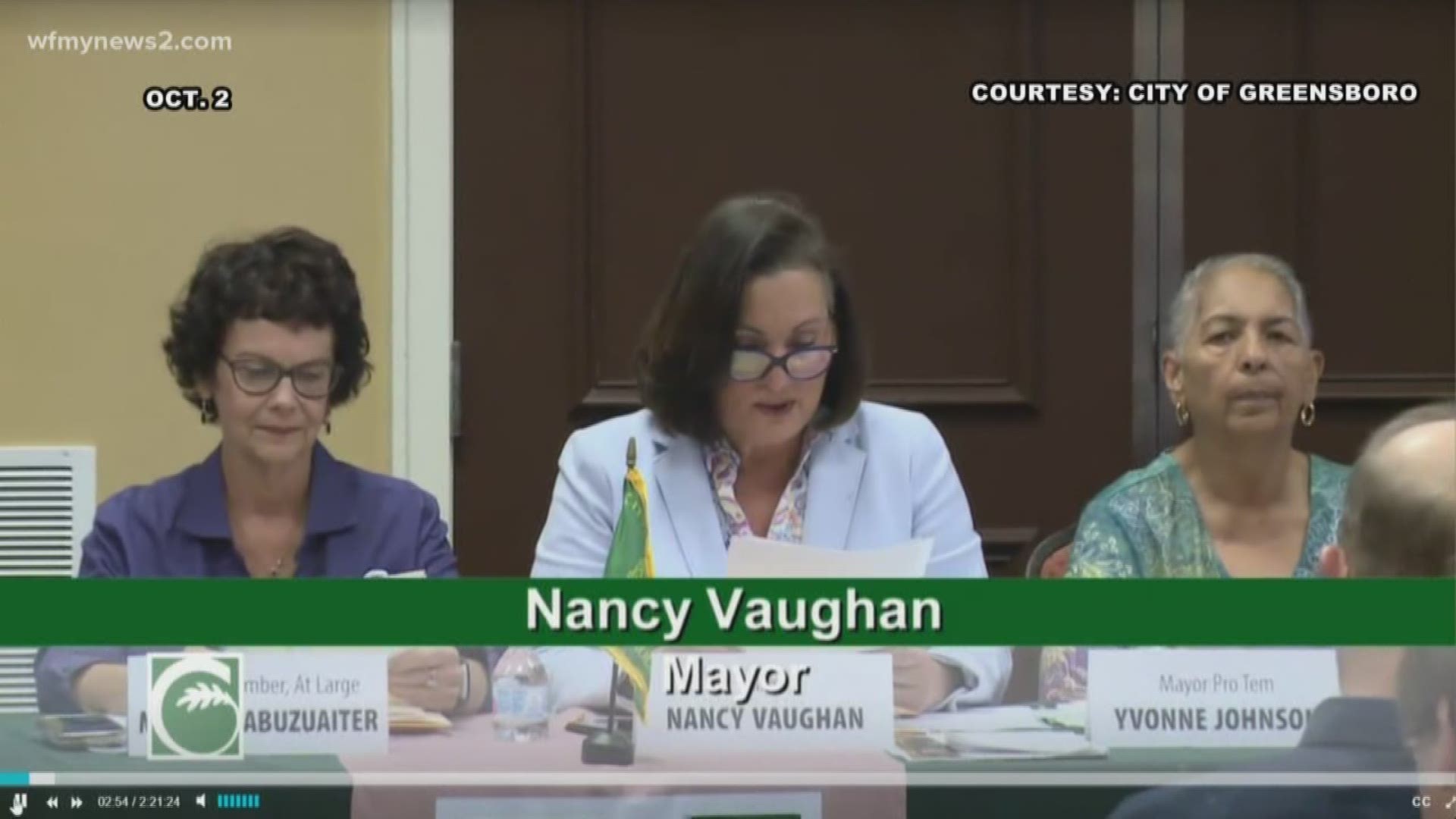 GREENSBORO, N.C. — New rules are in the works when it comes to public comment at Greensboro City Council meetings

Mayor Nancy Vaughan announced at the start of the Oct. 2 meeting, with the help of the city attorney, additional guidelines were drafted for public comment code of conduct.

“I feel there are certain things I want our speakers on the floor to adhere to and feel they need to be addressed from passed meetings,” said Mayor Vaughan at the meeting.

“Comments primarily focused on the performance of particular city employees will not be entertained in this forum and will be ruled out of order,” she said, “That does not mean we can’t talk about departments and performance of departments, but we do not want to talk about the specific employees.”

The new guidelines came as a surprise to some council members.

“I’m an attorney, so after hearing the rules the first thing that came to my mind was, ‘Does this even possibly comply with the requirements to the first amendment to the constitution?’” said council member, Justin Outling.

“Even if it’s legal, we shouldn’t be doing it. Bad policy,” Outling said.

Mayor Vaughan says her hope in taking this initiative was to make the meetings more productive. “I think we get bogged down on personalities and miss an opportunity to make real progress,” she said.

“The first question is what sort of forum are we talking about? Out here in the park, it’s a public forum. Anybody can say literally anything,” Watts said.

“When the council is having a council meeting and they open the floor for public comment, that’s another kind of forum. It’s called a limited public forum. In that forum, the rules are a little bit different. The law allows you to do what they call ‘time, place and manner’ restrictions.”

Watts said he drafted up another version of guidelines, which is sitting on the Mayor’s desk to be considered.

“We’re still taking comments and trying to figure out how to make sure it’s as narrowly tailored as possible,” said Watts.

'It's Like an Episode of Survivor': Greensboro Neighbors Pleading for Answers After 'Freakish Flood'