Protesters gathered outside the Alamance County Courthouse in Graham and marched to the confederate monument in downtown. 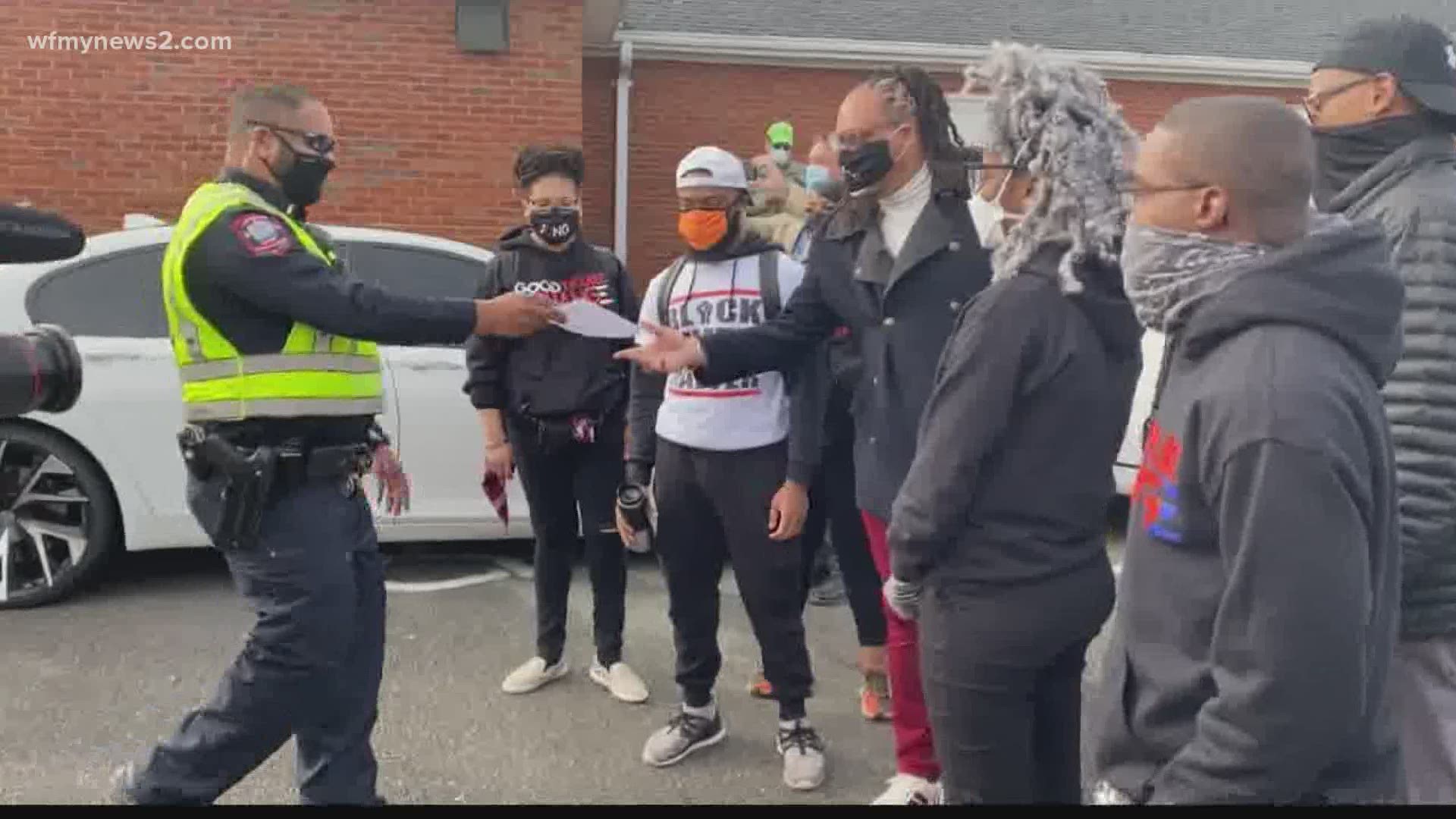 GRAHAM, N.C. — Organizers held a peaceful protest in Graham Sunday afternoon with the stated goal of police and criminal justice reform. The Graham Police Department issued guidance ahead of the demonstration offering their support of free speech while stating it had not authorized any road closures, traffic detours, or stage creations.

The demonstration was peaceful and the Graham Police Department confirmed there were no arrests. However, tensions ran high at times. At the climax of the protest, the crowd gathered near the confederate statue in downtown Graham, while law enforcement officers stood watch from the historic courthouse roof, and counterprotesters jeered from the side.

Protesters first gathered in the parking lot of Children's Chapel Church in Graham. Graham Police officers showed up there and handed out flyers stating that the protest organizers did not have the proper permits and that no road closures would be authorized, however, the department stated their support of citizens' right to assemble peacefully.

The protest was organized by Gregory Drumwright and his organization "Justice 4 the Next Generation," who's mission is "to organize and advocate against racial inequality in America. We engage in advocacy and activism. We are also able to provide racial equity training and workshop opportunities," according to the group's website.

Sunday's protest included stops in front of the Alamance County Detention Center and Superior Court, where speakers shared their perspectives on the need for criminal justice and police reform.

The sound of inmates hitting on the windows of the detention facility could be heard as protesters spoke outside, while law enforcement officers stood at the edge of the property.

Drumwright has previously led marches including the late October demonstration in Graham where people gathering during early voting were peppered spray and arrested by law enforcement. The clash led to further tensions when both Graham Police and Drumwright held competing press conferences offering vastly different accounts of what happened when demonstrators were detained and pepper spray was deployed.

"The Graham Police Department is aware of a planned demonstration scheduled to occur on 11/29/20. We welcome those who wish to attend and wish to make the public aware of the increase in pedestrian and vehicular traffic within the city.

The Graham Police Department strongly supports our citizens’ rights to free speech, free assembly and public dissent. Police involvement is generally limited to enforcing any state laws and local ordinances that might apply, ensuring that no breach of the peace occurs during the event, and in working directly with sponsoring groups or organizations to plan events, guiding them through the process of identifying and obtaining any required permits or arrangements that need to be made. We look forward to a safe afternoon for all residents and visitors."