The CROWN Act unanimously voted out of Texas House committee

The CROWN Act bans educational, employment and housing discrimination on the basis of hair texture or style, including braids, locs and twists.

The CROWN Act was voted out of committee Thursday evening, hours after a public hearing took place.

The legislation, which aims to end hair discrimination, was unanimously voted out of the House Committee for State Affairs 12-0.

The Creating a Respectful and Open World for Natural Hair Act, commonly known as the CROWN Act, bans educational, employment and housing discrimination on the basis of hair texture or style, including braids, locs and twists.

The Texas House Committee on State Affairs had left House Bill 392 “pending” at the end of the hearing.

The next step for the bill is for it to be placed on the calendar for a House vote. 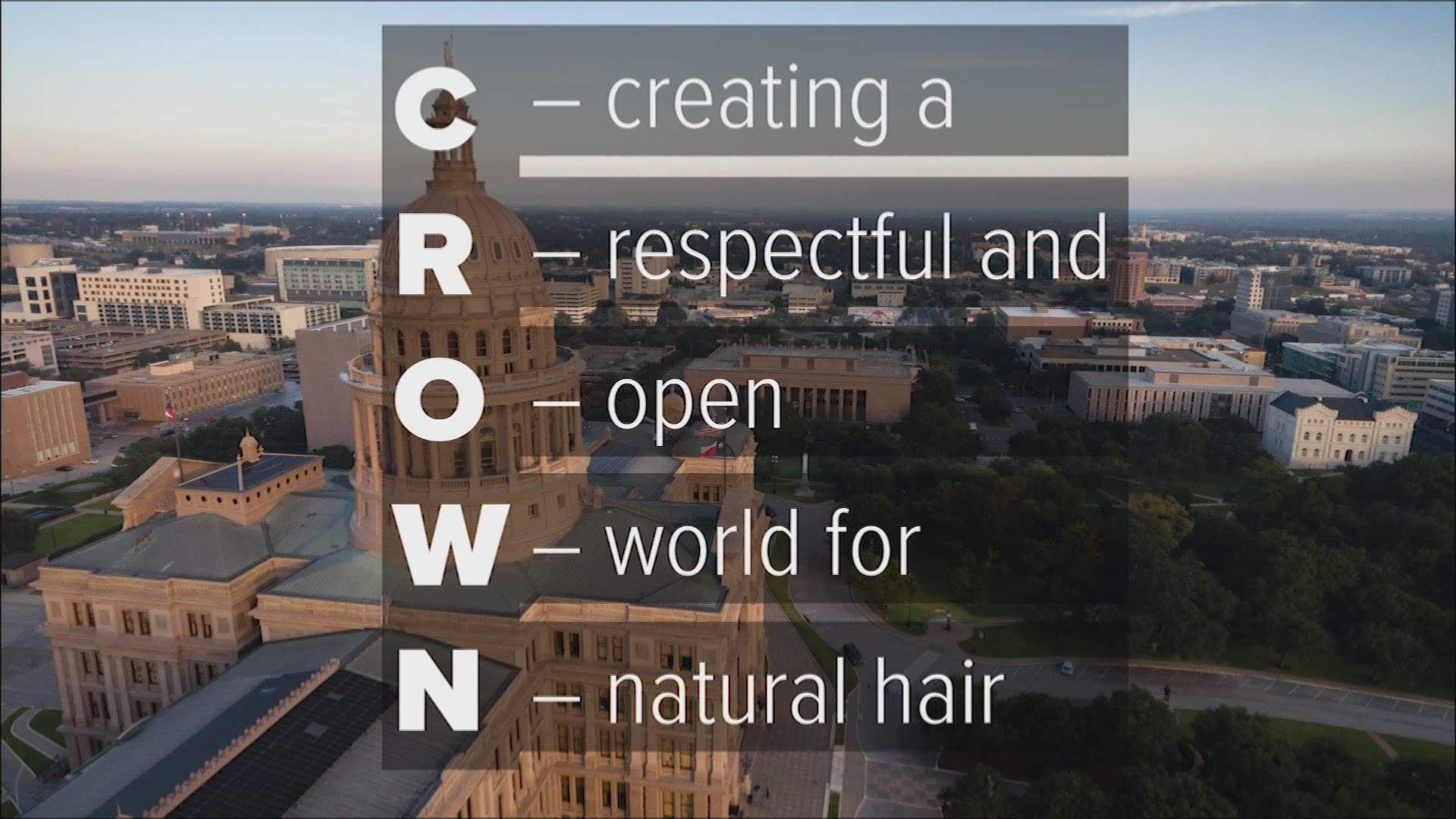 On Tuesday, supporters of the bill gathered at the Texas State Capitol for Texas CROWN Act Day of Action. At the time, the bill was not scheduled for a hearing, but committee member State Rep. Chris Paddie, R- Marshall, announced Tuesday it would be part of the hearing Thursday.

Bill author State Rep. Rhetta Bowers, D-Garland, has bipartisan support, four coauthors and nearly 60 sponsors on HB 392. Now, it's a matter of time to see if the Texas Legislature will work to pass it before the session ends in just a few weeks.

WFAA has shined a spotlight on this issue through our “Rooted” series with Tashara Parker.

Tashara has been reporting on how Black hair is perceived within and outside the black community.

She was invited to give remarks at Thursday's committee hearing on the Crown Act, sharing stories of discrimination that we have featured here on WFAA.

See more of our coverage here.