“It was like something out of a movie. They were crying and hysterical, something you’re not expecting to see on a Sunday evening,” Eric Alexander said. 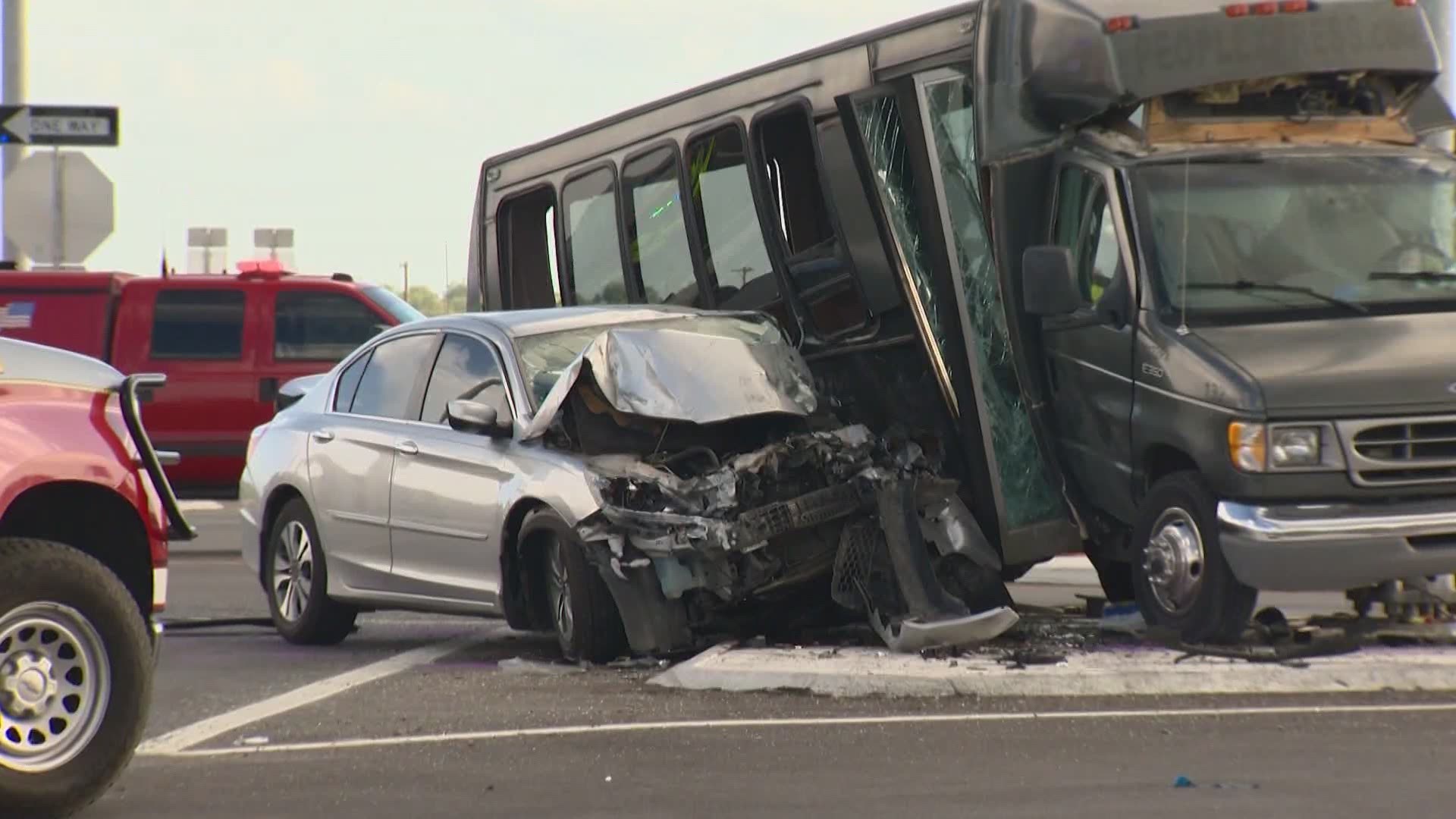 SAN ANTONIO — More than a dozen people are recovering from a crash Saturday involving a bus. The crash happened along highway 1604 near Schuwirth Road.

Driven by emotions Eric Alexander said that when he drove by the crash, his instincts kicked in and he did what he could to help.

“It was like something out of a movie. They were crying and hysterical, something you’re not expecting to see on a Sunday evening,” Alexander said.

Alexander says he and another man began pulling people out of the bus and into safety.

“Some of them were in shock, they were bleeding. It was a bad accident. All I could think about was getting them off because the bus was leaking fuel so I wanted to get them out before anything happened,” Alexander said.

“Being a stranger and running up there and helping it’s like they don’t know you, and you don’t know them but you’re there trying to help them. It was just a lot of emotions going on,” Alexander said.

The bus was transporting members of a local church group.

Looking back, Alexander says he just happened to be in the right place at the right time and was glad to be there for them when they needed it most.

“I hope if I’m ever in a situation like that, someone stops and helps me if I can’t help myself. That’s what people are supposed to do: help other people,” Alexander said.

RELATED: 14 taken to hospital after charter bus crashes near Loop 1604 and Schuwirth Road