The Thursday morning fire gutted the inside of the Tysinger's home. Even gifts for the children hidden in the attic went up in flames. 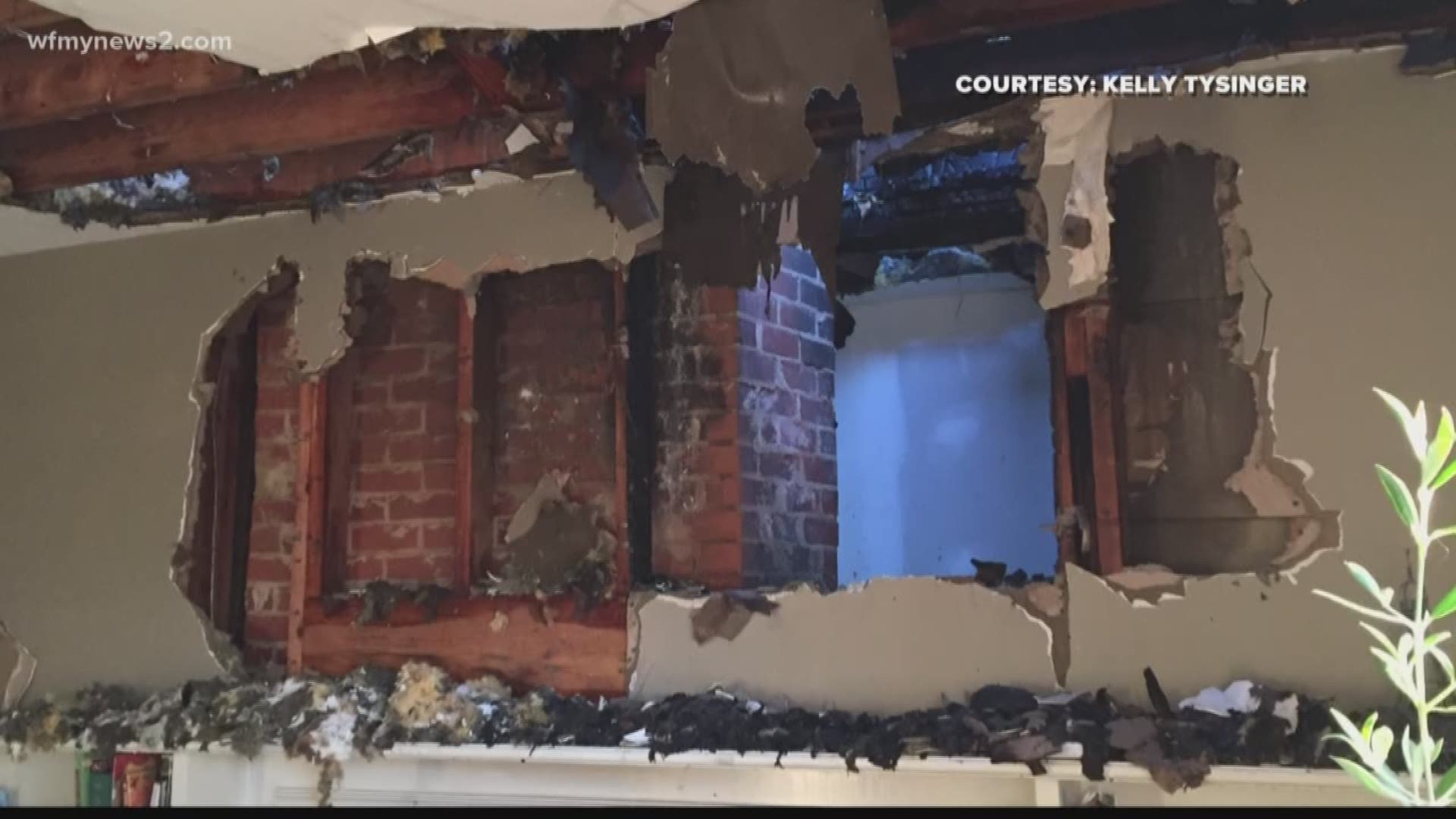 SUMMERFIELD, N.C. — A Summerfield family is left with nothing after a devastating house fire. Or at least they thought.

Their community's embrace after the tragic incident reminded them they have more than they realize.

The Thursday morning fire gutted the inside of the Tysingers' home. Even gifts for the children, hidden in the attic, went up in flames. But thanks to several good Samaritans, the children will have their wishes come true Christmas day.

According to the Summerfield Fire District, crews were dispatched to a house fire on Strawberry Rd. Upon arrival, they found a working fire and upgraded by the company to a two-alarm fire.

"Thankfully, all of the occupants made it out of the house safely and though their home was severely damaged, they still have each other this morning," a post on the district's Facebook page reads.

"We left the house with no shoes on, pajamas, no coats, 20-degree weather," shared Kelly Tysinger, a wife and mother of two.

According to the fire district, the Tysingers were saved by having working smoke alarms and their bedroom doors closed.

Tysinger says it all started around 12:40 in the morning when the couple was awakened by the sound of their smoke detector.

"We put the kids in the car and we just backed out of the way so they [the firefighters] had access not really thinking we had just backed up, like, a movie put into the frame," she shared.

Tysinger shared with us a photograph of an intact Bible, just feet away from the fireplace where embers sparked. As a passage from that same book reads: Those who mourn shall be comforted.

"We've just been so overwhelmed in a good way," Tysinger says. "I've cried maybe once about what I've lost, but all the other tears have been for what I've gained."

From the Summerfield Fire Department and all the other companies that helped, to their kids' elementary school PTA and their church, all pitching in to help the family get back on their feet.

"You never think it's going to happen to you, but, you know, it's so great to know that people love and they don't even know us," Tysinger says, fighting back tears.

As they pick up the pieces, there's still a long road ahead of them. Repairing their home could take months, if not years. But Kelly Tysinger and her family see the light in his dark time.

"This thing happened, but we were blessed before the fire and we're blessed after the fire," she says. "In the future... it looks like us blessing other people."