The caboose has been stationary in Gibsonville for years, representing the history and people of this rural North Carolina community. 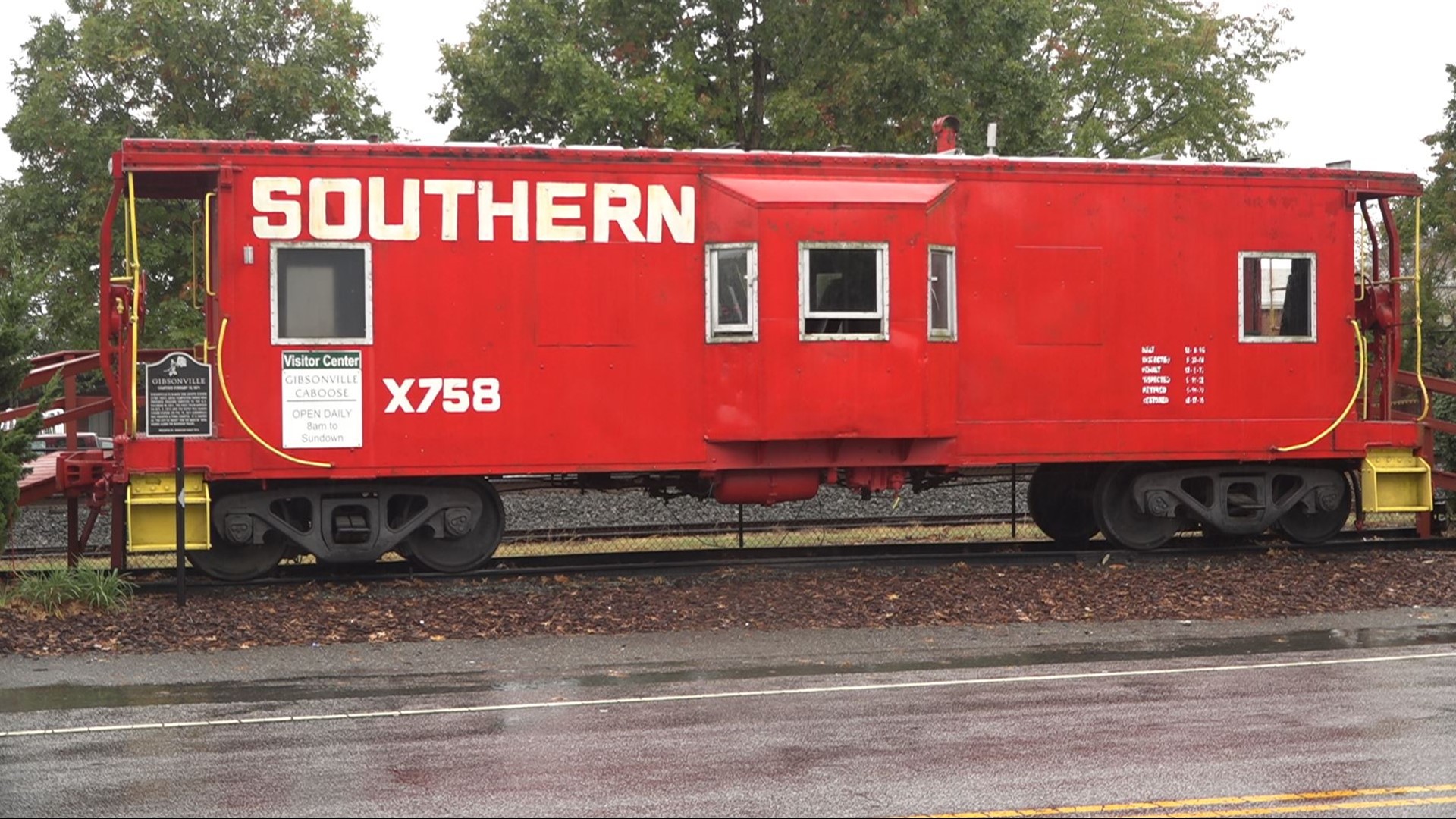 GIBSONVILLE, N.C. — Gibsonville's red caboose sits prominently in the center of town, just off the main tracks. Fire-engine red, its impossible-to-miss appearance serves as a reminder. The caboose has stood here for years, representing the history and people of this rural North Carolina community.

Decades ago, out of the train tracks sprung this quaint assortment of shops and single-name eateries that dot the center of town. Gibsonville's population exploded from 500 residents to 2,500 in the 20th century as a railway pit stop, bringing mills and businesses to the area. In the 1980s, as the mills left, the town's growth slowed, but the railroad remained.

"It's a part of who we are, they're how Gibsonville started," said Kathy Sykes. Sykes works at Jack's BBQ next to the gas station. Born and raised in Gibsonville she remembers when Bobby Summers, a train aficionado and Gibsonville lifer, acquired the property off Burke Street and brought the red caboose to its final resting place.

She remembers because, soon after it showed up, Jack's began seeing more out of town customers. "What little kid doesn't love trains?" Sykes laughed, "and it's cool. People come from all over to check it out."

The caboose functions as Gibsonville's welcome center. The inside of the railcar is fashioned as a mini-museum, on plaques detailing the history of the railway depot. Through its windows, visitors can watch trains pass through town on the adjacent train tracks. Summers served as the museum's operator for years.

"It started as small trains," Peggy Summers, Bobby's wife, laughed, "and they just kept getting bigger."

Peggy watched as her husband's train infatuation grow their entire marriage, all the way back to his days as a conductor. There are stories around town of young Peggy, waiting by the tracks, catching bags of laundry flung by Bobby out the window as he passed by on his locomotive.

Bobby lived for his trains. After he stopped conducting, he opened a model train shop, Bobby's World of Trains, and an antiques store a block away from Main Street. Truthfully, there's only one thing Bobby ever loved more than trains.

The small-town love story came to a halt, suddenly, in March 2018. At 85 years-old, Bobby's heart stopped in his sleep. Peggy's best friend was suddenly gone.

"We did everything together," said Peggy, "maybe his passing would have been easier if we weren't having so much fun all the time."

To this day, Peggy's still learning to live with her new, lonelier reality.

"It's only been a year and a half, and we were married so long," she said, "so no, I haven't really... I still think about him every day."

Without a dance partner, these days Peggy likes to pass time on her porch. Here, she thinks about "everything, but mostly Bobby." She sees him all around her. Her house is filled, floor to ceiling, with pictures. Photos of family. Photos of her late husband.

The red caboose means different things to different people. For some, it is a symbol of the industry that built their home. To Peggy, it is the heart of her home and the place her heart is deeply connected to.

Most importantly, for Gibsonville as well as Peggy, the heart is still beating.