There's a proposal to have breakdancing debut at the 2024 Paris Olympics, a huge shift from the dance's origins in the Bronx to becoming a medal event. 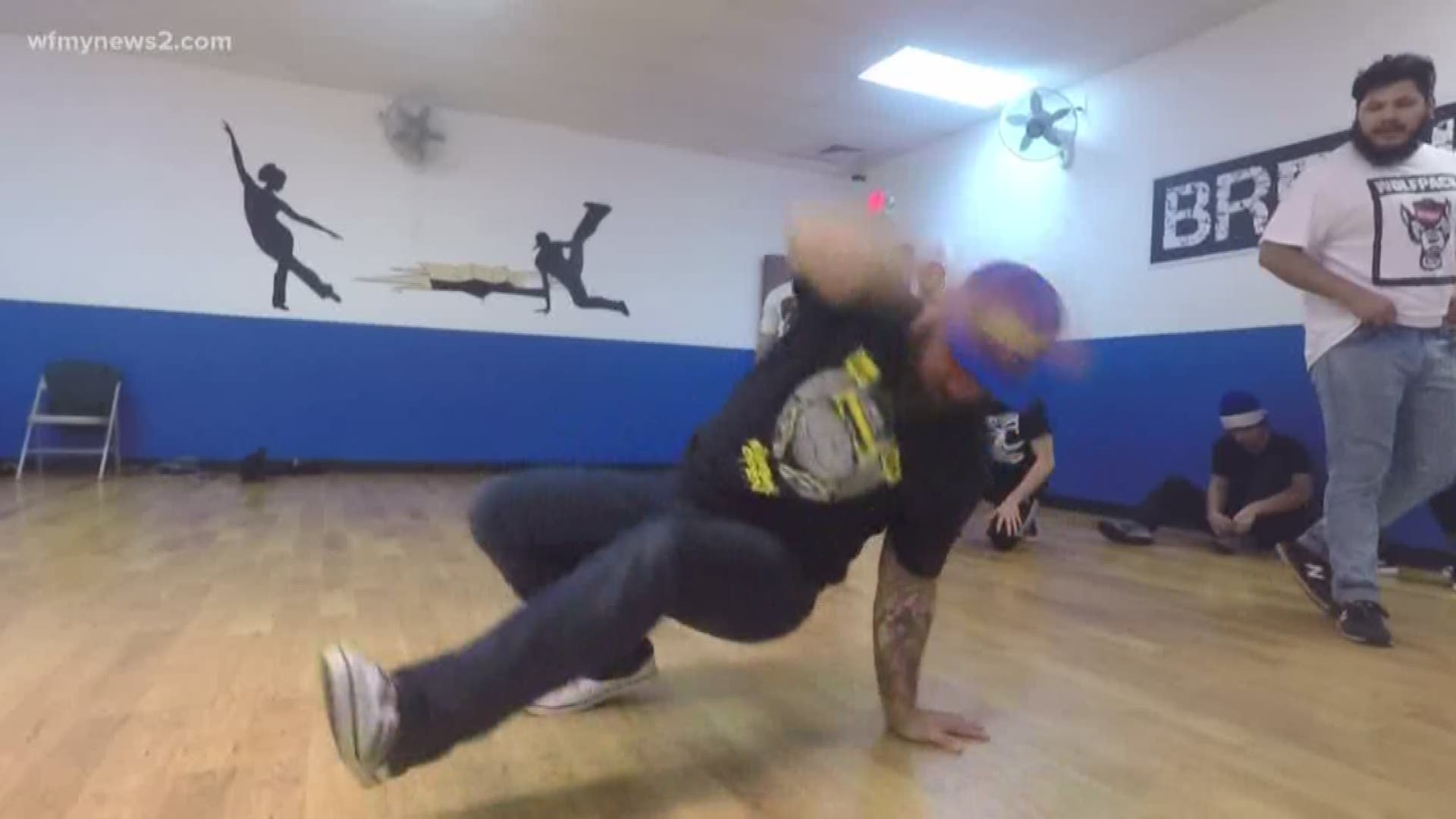 GREENSBORO, N.C. — The Associated Press says Olympics organizers are aiming to appeal a younger audience and urban base in the future.

There's a proposal to have breakdancing debut at the 2024 Paris Olympics, a huge shift from breaking's origins in the Bronx to becoming a medal event.

Michael Pelletier is a breakdance instructor at Break'N Out Dance Studio in Greensboro.

He's what breakdancers call an "OG," the first wave of breakers in the U.S.

Today, he makes sure the culture is passed onto younger generations and the future is looking bright.

"In 1998 when I was teaching kids, I was just teaching kids to teach kids, I would've never once imagined it would be in the Olympics," said Pelletier, whose b-boy name is Franctic.

For Pelletier, in order to expand the hip-hop and breakdance culture into the Olympics, it's not just about getting breaking to the games, but challenging the "art versus sport" debate.

"You can keep the artistic aspect of it and still have it be an athletic competition because it's an athletic movement," he explained.

It's not just the OG's that are excited, the new generations are, too.

Take Melvin Palacios and top-ranked b-girl Connie Kingston, both members of the ENDO FX break crew from Alamance County, and Cody Soles, a member of the Dancing On Air crew in Charleston.

"That stigma that was attached to breaking will kind of fade away and it'll give new light to a new breed of breakers," said Soles, who is an Olympic hopeful if  breakdancing is approved.

Kingston Besides has been ranked #1 nationally and qualified for the 2018 World DanceSport Federation (WDSF) Championships in Tokyo last May.

She competed against 100 B-boys and B-girls for a shot at the 2018 Youth Olympic Games in Buenos Aires, breaking being one of the newest addition to the games.

Though she didn't make it past the first rounds in Tokyo, Connie says she's excited about the prospect of competing in 2024.

"It was in the youth Olympics and I almost made that," Kingston said. "This time in 2024, I'll probably have enough training and experience that I'll be ready for that."

A decision won't come until after the 2020 Olympics in Tokyo, but there's only one thing that's certain: the b-boys and b-girls will get down just the same.