More than 11 million families provide unpaid care to people with Alzheimer's disease. A Triad man is hosting a benefit ride for Alzheimer's Research. 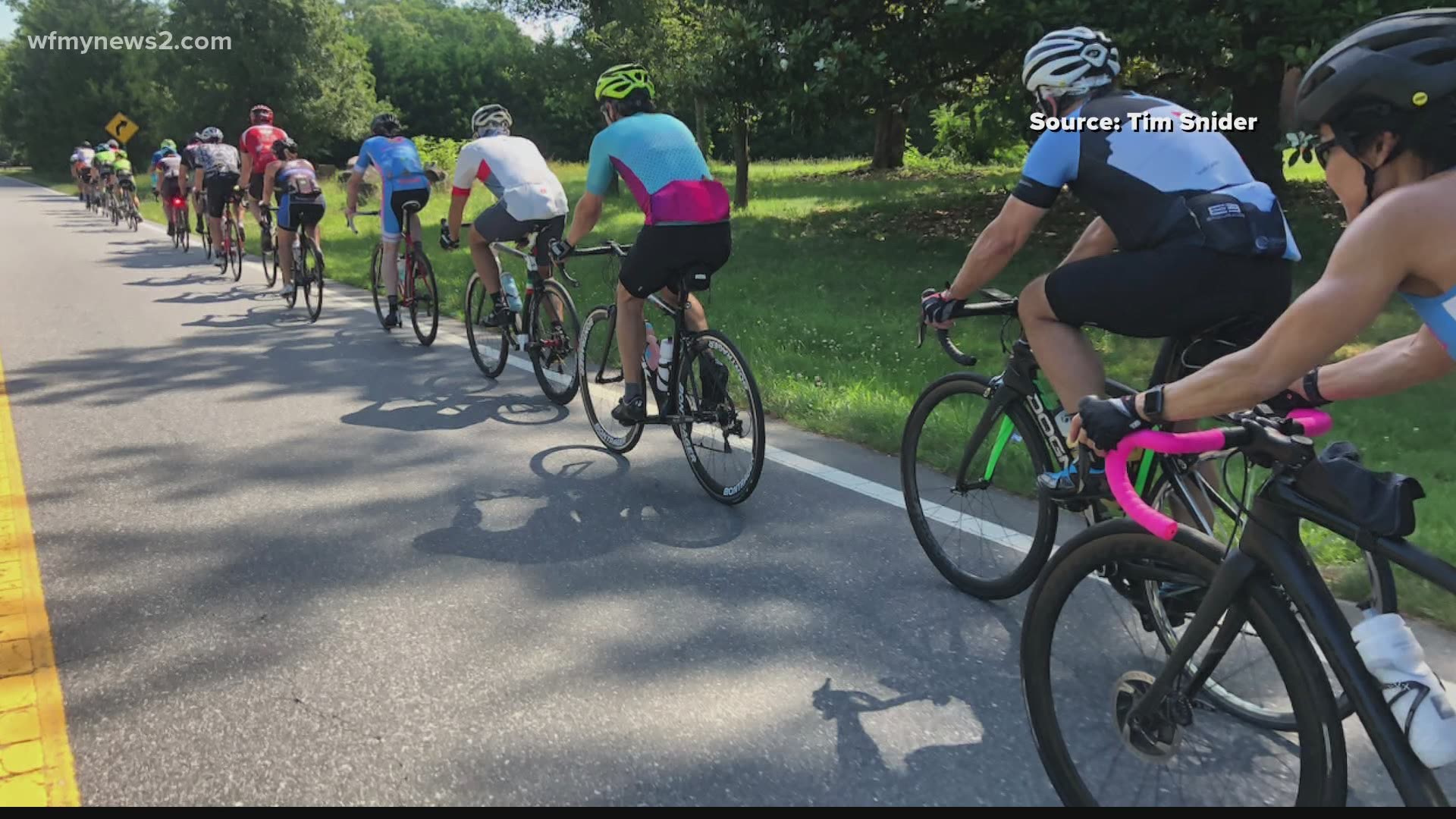 SUMMERFIELD, N.C. — Cycling is more than just a passion for Tim Snider.

“I love it and I love the people that I ride with.”

He began riding in 2009 around the same time he learned his mother Tamra was diagnosed with Alzheimer’s disease.

“I think during that most difficult time, my cycling family was huge to me,” Snider said.

“To support me. To just be there. I needed that emotional support.”

Snider and his father became his mother’s primary caregivers until her passing in 2019.

He remembers his mother as an outgoing and giving woman who worked in the school system for more than 30 years.

“I think the saddest and most cruel thing is that Alzheimer’s really robbed her of all of that in the last 10 years of her life,” Snider explained.

“She became a completely different person. One from super fun, super educated, feisty, to someone who was completely dependent on others and it just rips your heart out. It really does.”

Saturday June 19, Snider is using his passion for purpose with the 3rd Annual Benefit Bike Ride in honor of his mother.

Tamra’s Ride is all apart of the Alzheimer’s Association’s Longest Day Campaign.

Snider and people across the world will help to raise money for Alzheimer’s research with a fundraising activity of their choice.

The Longest Day participants can support the event at home, online or in-person to shine light on the more than six million Americans living with Alzheimer’s or other dementias, and the more than 11 million family members and friends providing care and support.

RELATED: Alzheimer's Association encourages Americans to make brain health a priority as part of their return to normal life

“You feel helpless as a caregiver for somebody who has Alzheimer’s and the Alzheimer’s Association when I got connected to them, they had so much support,” Snider said.

Cyclists participating in Tamra’s Ride will bike either 120 or 60 miles.

“I hope people will step up and help us raise much needed funds so we can continue to find the research to find a cure.”

More than 130 fundraisers for The Longest Day campaign will take place in North Carolina.