The idea is simple, yet impactful: Participants tie colorful yarn threads to any of the 32 posts that they identify with, for example "I'm a parent. I speak English as a second language. I identify as LGBTQ." 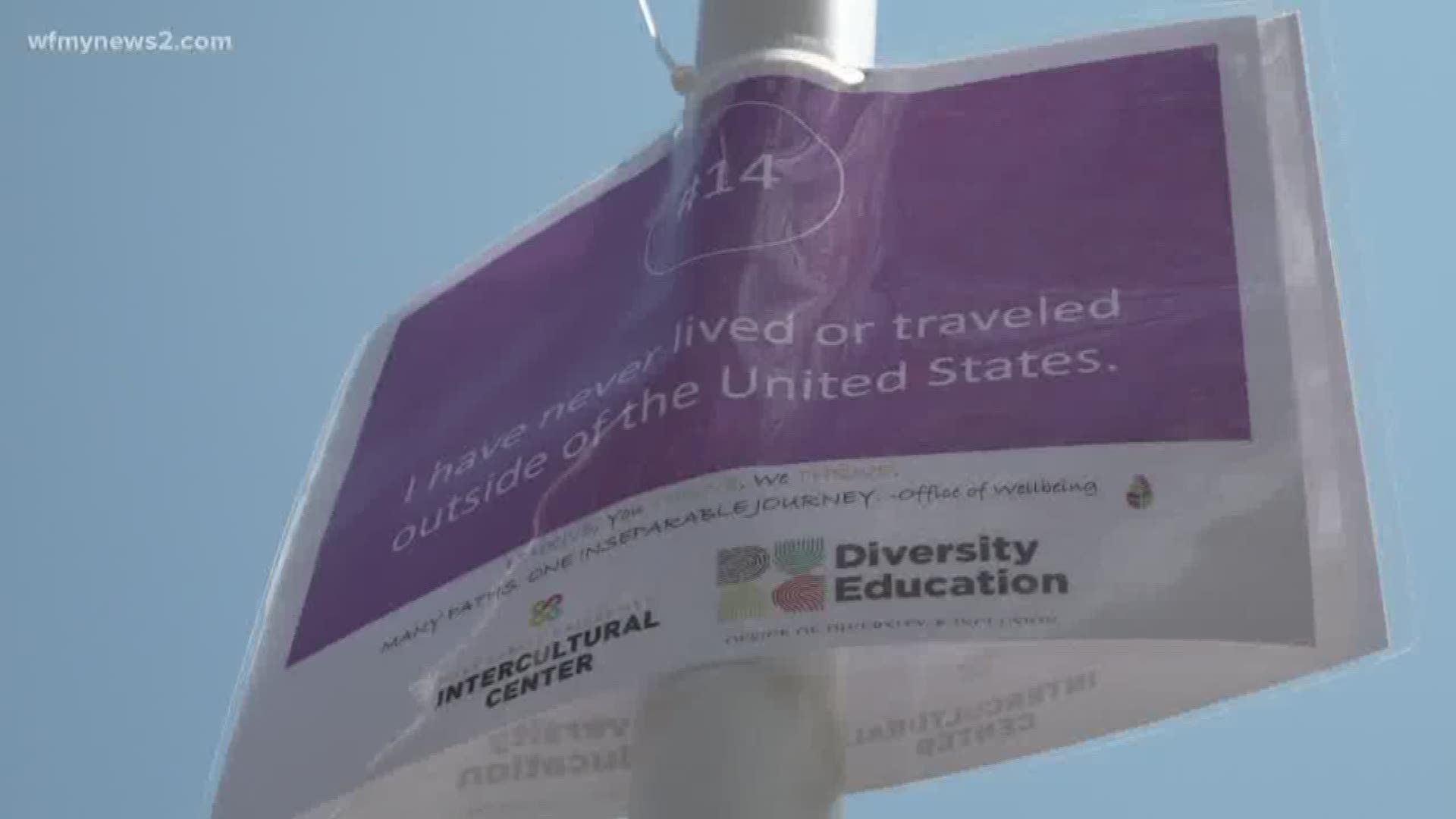 The UNITY project is an interactive public art project created in June 2016 by Nancy Belcomnt, CEO at Vessence Corporation and used in 32 countries around the world.

This year, it's made its way to Wake Forest University's campus thanks to a tip from an alum.

"We were finally able to bring it a couple of years later so we're really excited seeing come to fruition," said Shannon Ashford, Manager of Diversity Education in the Office of Diversity and Inclusion.

Between August 16 and September 4, Wake Forest University students, faculty and staff will be participating and over 400 have so far.

“This larger-than-life structure is intended to raise consciousness about the labels people give themselves and others,” the University shared in a press release. “And to explore how these labels both support and limit opportunities to build interconnected, interesting communities.”

"It definitely is a celebration in which we intersect with one another, being able to see the different colors that we have," Ashford added.

The idea is simple, yet impactful: Participants tie colorful yarn threads to any of the 32 posts that they identify with, for example “I’m a parent. I speak English as a second language. I identify as LGBTQ.”

“The yarn intertwines to create a web and is a physical representation that each participant is connected in some way with another,” the press release continues. 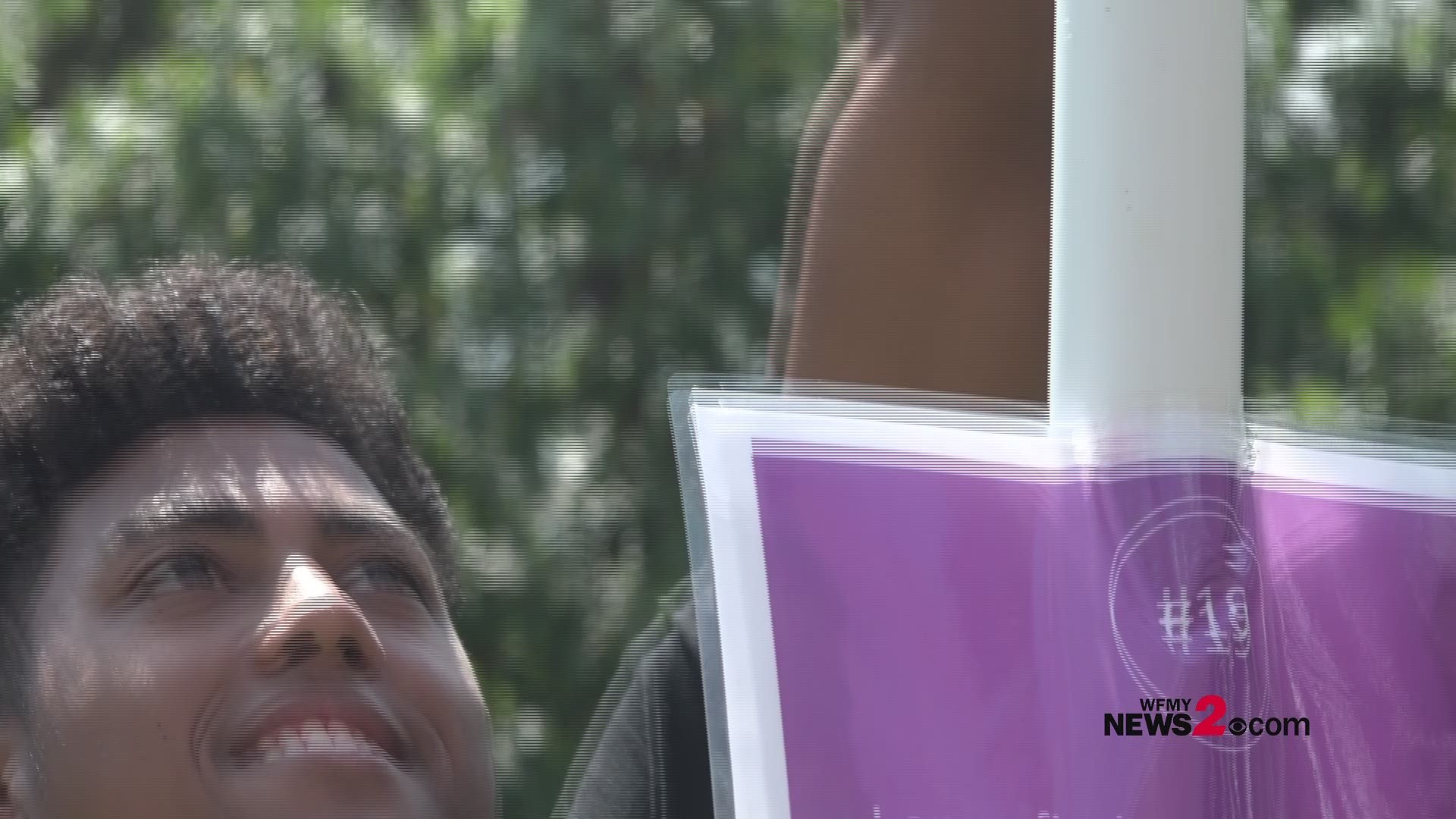 On Thursday, a class group participated in the activity at their end of their class period.

One of the students, Junior Logan Godula, said, "You just really see what people identify with a lot, and what makes them special, what makes them unique or what they think they are compared to other people."

John LePino, a Sophomore, said that although he knew many of the people that participated in the activity with him, he sees there could be an opportunity to learn something else about someone with through the UNITY project.

"[It] allows people to show them things that people may have not known about, you know things that may not come up in conversation so naturally, you can kind of see here," LePino explained.

The UNITY project is located outside of the front entrance to Z. Smith Reynolds library, but unfortunately is not open to the general public.

If you’d like to learn more about the UNITY project and building one in your community, visit www.unityproject.net/.