Greensboro police say they have arrested the person suspected of vandalizing the International Civil Rights Center & Museum Vandalism in Greensboro. 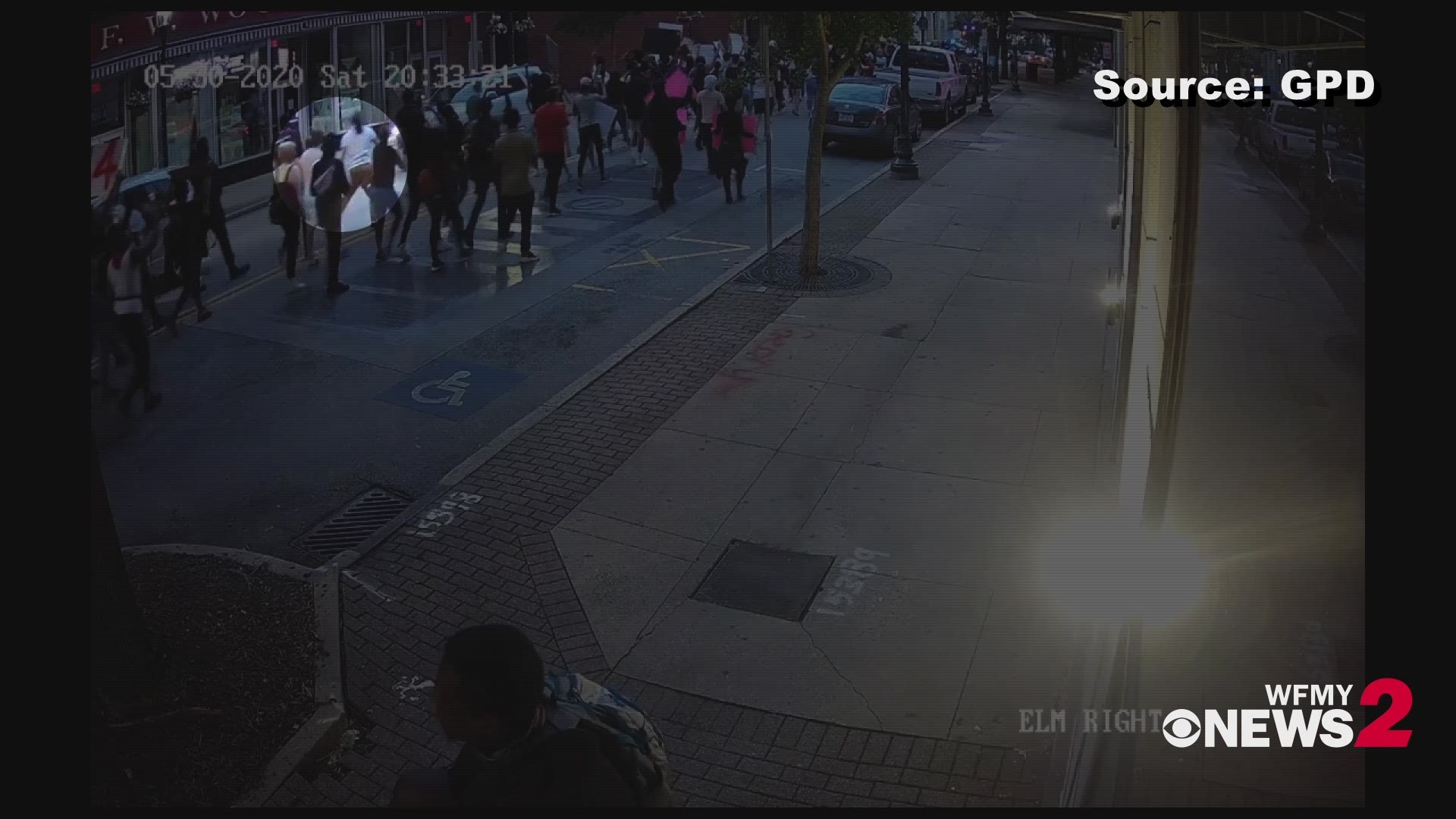 Officials said Raul Alberto Ochoa, 18, of Thomasville, North Carolina was taken into custody under suspicion of vandalizing the museum back on May 30. It happened initially a few nights after protests over the death of George Floyd swept through the city as African-Americans called for assurances of accountability from Greensboro's police department.

Ochoa was also served with warrants from High Point Police for incidents at the Walmart located at 2628 S. Main Street in High Point that happened on May 31. Ochoa stole electronics as well as damaged property inside the location, officials said.

Credit: Crime Stoppers
Crime Stoppers is trying to identify a person possibly involved in the vandalism of the International Civil Rights Museum.

Ochoa was charged with felony inciting a riot and misdemeanor injury to real property. He was taken into custody and received a $6,000 bond.

Anyone with information about this incident is asked to contact Greensboro/Guilford Crime Stoppers at 336-373-1000. Citizens can also download the mobile P3tips app for Apple or Android phones to submit a mobile tip, or go to P3tips.org to submit a web tip. All tips to Crime Stoppers are completely anonymous.

RELATED: From broken to beautiful: Downtown Greensboro transformed with art