They often work behind the scenes, but this weekend, a choreographed dance show will highlight some of the hardest workers on Wake Forest's campus. 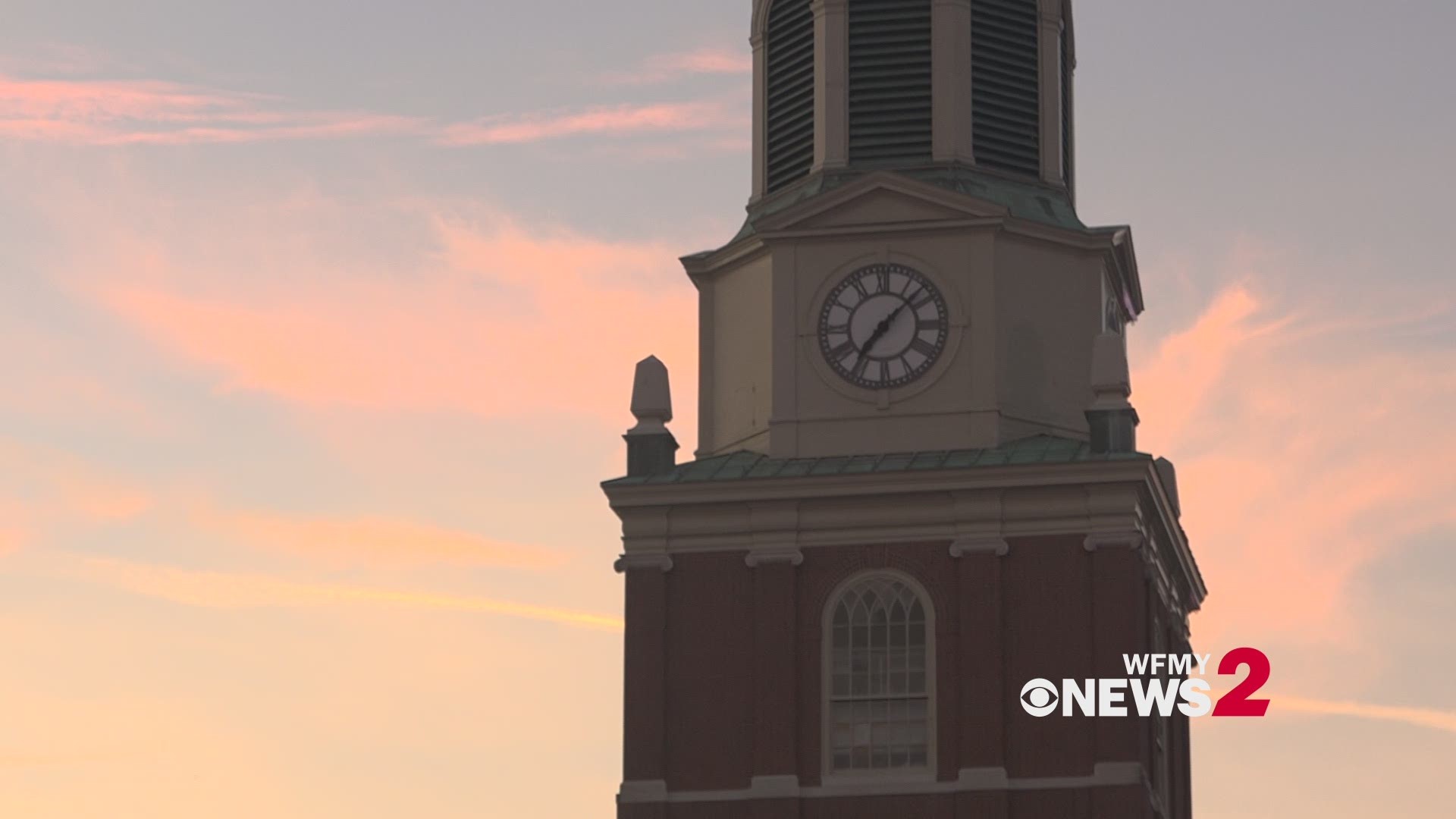 GREENSBORO, N.C. — They toil in the shadows, but this weekend, when the sun sets, the employees who maintain and beautify Wake Forest University's campus will be firmly thrust into the spotlight. On October. 3, 4 and 5 at 7:00 p.m. on Hearn Plaza, more than 55 members of the custodial, maintenance and landscaping staff will perform a dance choreography show, "From the Ground Up," highlighting the specific skills and tasks required from the staff. The goal is to show appreciation for the workers who literally do the dirty work that keeps campus looking clean.

But if rehearsal, with choreographed dancing, lawnmower wheelies and heavy machinery stunts is any indication, the workers are capable of much more than students and onlookers perhaps give them credit for.

"We're not showing them everything that we do," said Cynthia Wilson, a custodian at Wake Forest University, "but we're giving them a little snappet of it."

Wilson's list of duties are broad and, often, thankless. She said the daily trek to the far corners of campus complete her tasks is enough to leave her exhausted a the end of a shift, but she, like the others, stay after their workday is done to practice for the show. They've been practicing twice a week since September, but this week, Artistic Director Allison Orr has the crews rehearsing every day.

The extra pay is a nice bonus, but it still is certainly strange to see burly construction workers with professional choreographers from Forklift Danceworks attempting to match the intricate timing of their steps to a dance number. It goes to show the upcoming performances means more to the participants than an extra paycheck.

That morale boost was "worth the risk" in Shenette's mind when the idea was initially pitched to him. There was concern that the extra work and the demands of a professional production company would wear on participants, but instead, he's seen the opposite effect. The show has invigorated workers, giving them something to be proud of and look forward too.

While watching rehearsals on Wednesday, Shenette noticed how well his staff took to performing.

"I think what you’ll see on Thursday, Friday and Saturday night are some talented people, people that make the campus shine and make the campus work from a day to day aspect. It’s going to be something that’s memorable for those that attend," Wilson said.

Admission is free for those who attend. You can also watch the performance live here.

RELATED: This 12-Year-Old is Cutting Grass So He Can Pay for College

RELATED: 'I was Like This is Cool.' Mebane Teen Mows Lawns For Elderly, Disabled, and Veterans For Free