One of the many recordings and photographs of the proposal captured Mitchell's highly excited expression. The internet took care of it from there. 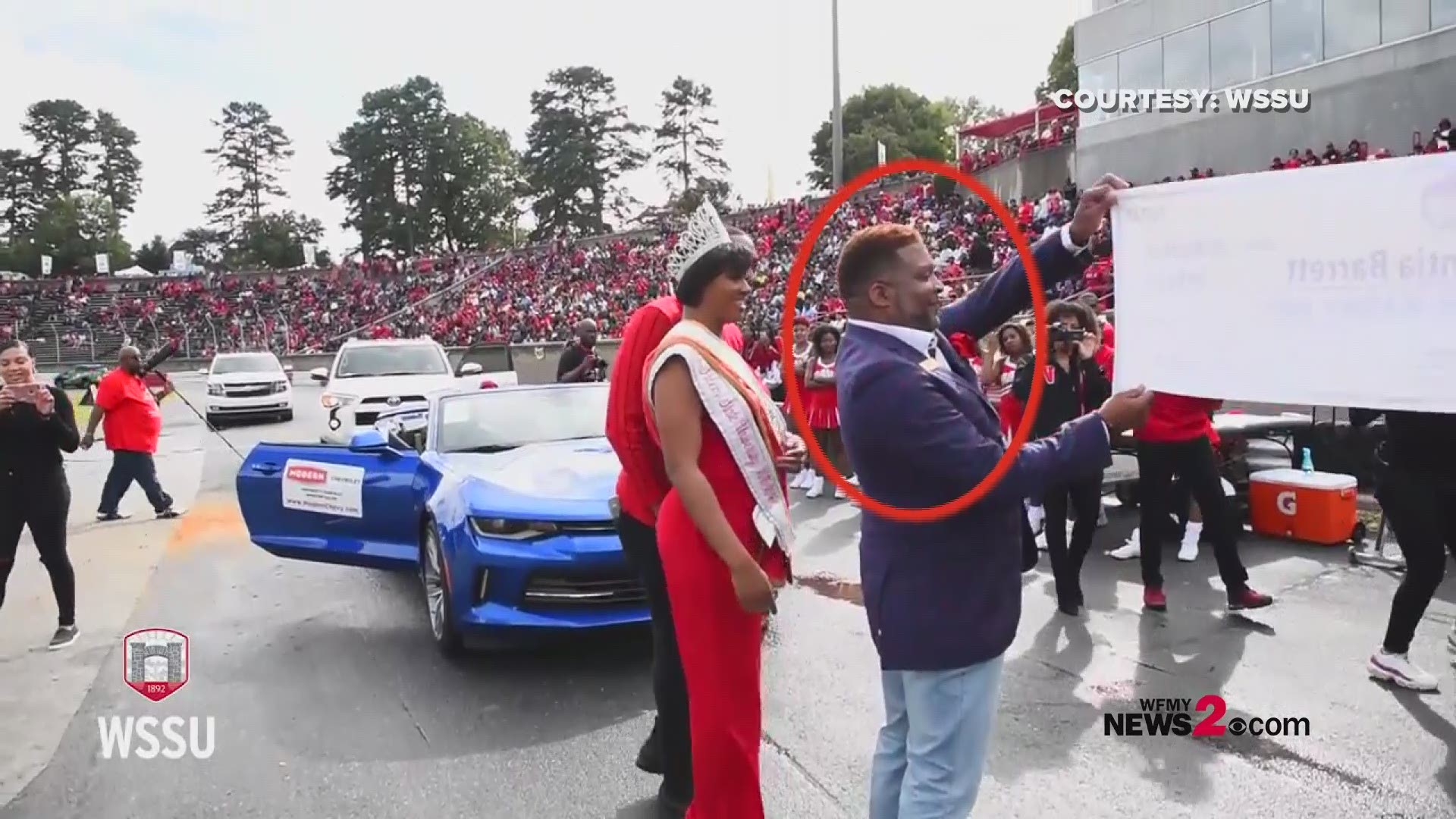 WINSTON-SALEM, N.C. (WFMY) – Homecoming week is an exciting one, and a popular event at many HBCU’s like Winston-Salem State University.

Last week, WSSU celebrated its homecoming week which was filled with nostalgia, Ram pride and love.

There was also an element of surprise when the most honored queen in WSSU’s history got engaged to her college sweetheart during halftime at the homecoming game against Livingstone College.

“She had thousands of her Ram family there to cheer and watch the moment live,” WSSU’s shared in an email.

Among those Ram-ily members, Orlando Mitchell, Assistant Director of Greek Life and Special Programs and Royal Court Advisor at the university.

“I was their advisor from their freshman year to their senior year,” Mitchell said.

It’ll be a moment Mitchell will hardly ever forget, not just because the lovebirds mean so much to him, but because of what happened the next morning.

“So, I am a meme,” Mitchell joked in his office with WFMY News 2’s Laura Brache.

One of the many recordings of the proposal captured Mitchell’s highly excited expression. The internet took care of it from there.

“My phone did not stop ringing, and buzzing, and text messaging,” Mitchell explained. “They started sending me pictures of all the memes and I was like ‘Okay! They got me!’” he said laughing.

Mitchell says it’s been fun starting the week with students across campus reacting to the memes and bringing them up when he walks by.

Here are some of the memes created so far:

When you realize you forgot your Carmex in the crib.... pic.twitter.com/3bLTmx6luq

If your advisor, friends, loved ones and others aren't as happy as our brother Orlando Mitchell, @orlandoray2002,is for your achievements, engagement and progress in your life then you must cut them off! #CaptionThis #Wssu #OrlandoMitchellDaGoat #Weseared #education #blacklove #kyledidit