The Deputy County Manager says a worker mistakenly ordered the Confederate flag wristbands to use over the Fourth of July holiday thinking they were just patriotic.

CLEMMONS, N.C. — Red, white and blue wristbands given out over the Fourth of July weekend by a  Forsyth County pool looked more like the Confederate flag than the American flag. That's because they were. County leaders say it was all a misunderstanding and they apologize if anyone was offended.

It all started on the Fourth of July, when former Forsyth County resident Sage Magness was at Tanglewood pool with family during a visit from Baltimore. They paid at the entrance and got the wristbands, which the family thought nothing of at first, only that they were red, white and blue for the holiday.

A short time later, Magness noticed something was off about the wristbands.

"I'm floating around in this tube and I look at my wrist and think, "That's not the American flag... That's the Confederate flag!"" she said in an interview. "I shouted across to my daughter's other mom, I was like, "Look at your wristband", and she looked at it and she's like, "Oh, my God," and I was like, "Okay, it's not just me.""

Magness told pool staff about the bands and wanted to know what would be done.

The wristbands help pool staff keep track of who's paid to enter and on what day depending on the color or pattern. A county worker with the pool chose a design called 'Stars and Bars' for the holiday weekend not knowing what it meant, according to the county.

"The person just didn't realize that that title meant that and visually when they looked at the wristband, they didn't recognize what it was," said Damon Sanders-Pratt, the deputy county manager.

Sanders-Pratt says the employee apologized to the county and reassured them it was all a mistake. As for how the county's going to avoid something like this happening again, he says the county will be going back to only using solid-colored wristbands to avoid future confusion. 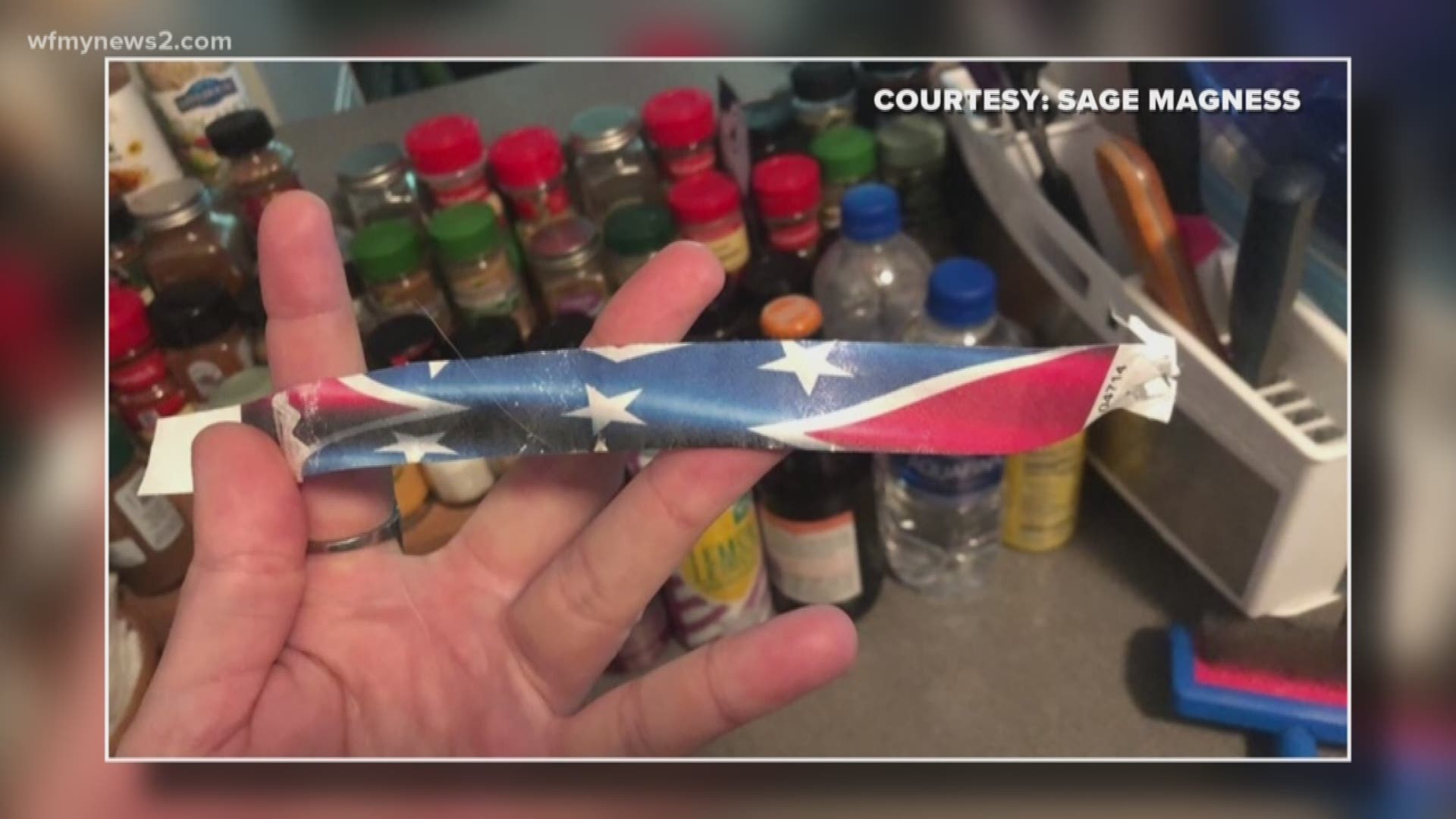 The deputy county manager also said the company never meant to send the confederate flag wristbands because they'd been discontinued.

The remaining wristbands have been discarded and any unopened boxes were returned for a refund.