'You didn’t have any remorse' | 12-year-old Texas boy left face down in a ditch after being struck by truck, family says

A family in north Harris County is asking for help trying to find the driver that hit their 12-year-old son while crossing Gulf Bank Road. 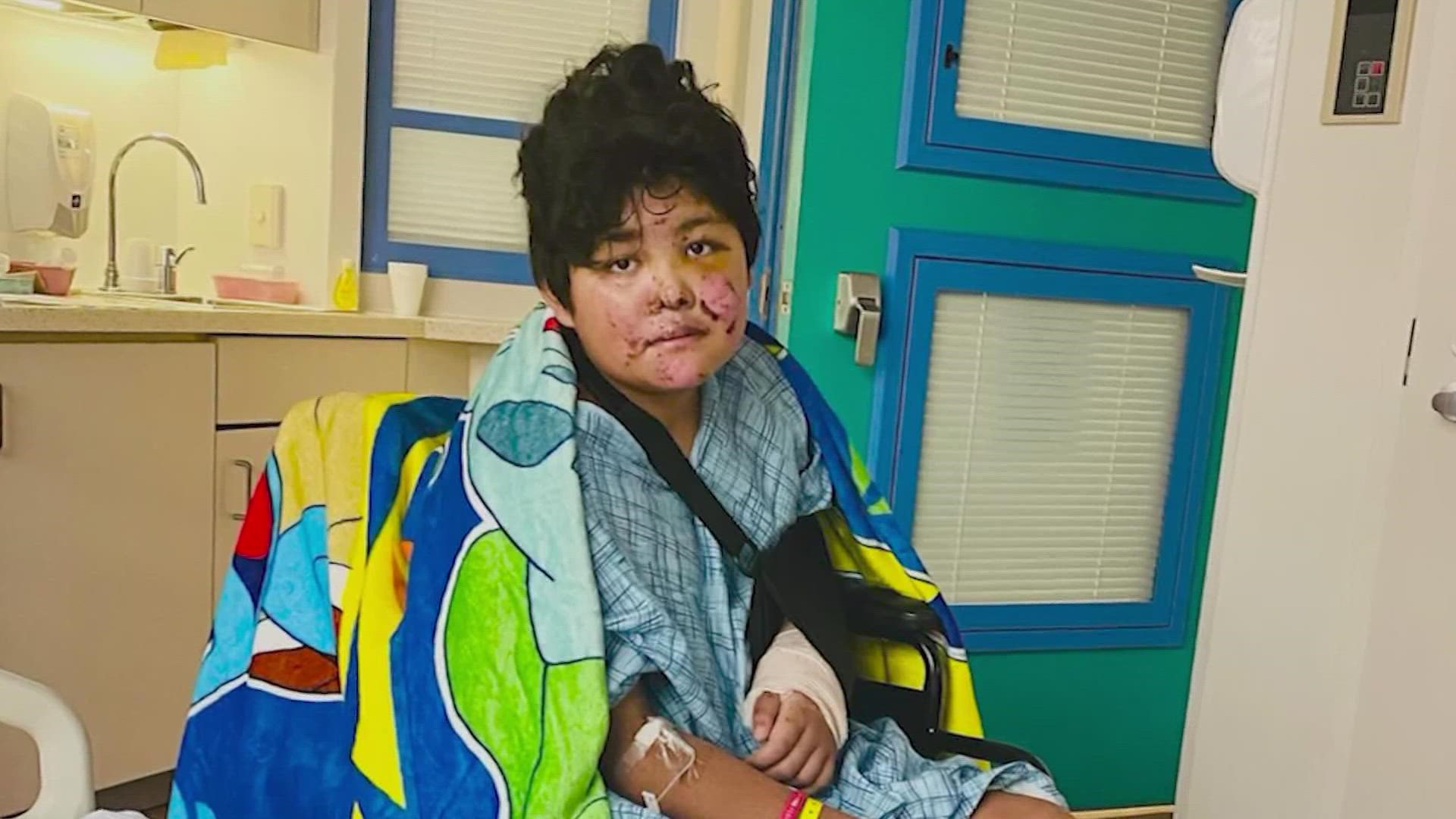 HARRIS COUNTY, Texas — A family in north Harris County is asking for help trying to find the driver that hit their 12-year-old son while he was crossing the street. They say that driver never stopped to help.

The incident happened on Gulf Bank Road between Hardy Toll Road and Airline.

"This knee has a hole in it. It hurts the most," Raul Moreno said.

On Nov. 5, Raul was crossing this street to his aunt’s house when his family says the 12-year-old was hit by a white Ford pickup truck that didn’t stop.

"I looked both ways when I cross the street and there are no cars. All of a sudden my body felt numb. Then I opened my eyes I saw my stepdad screaming at somebody," Raul said.

His family said they’re grateful their landlord saw it happen and was able to yell for help. They found Raul face down in a ditch filled with water.

"If he wasn’t there, my son would have drowned in the water faced down,” Elizabeth Sanchez, Raul’s mother, said. “He couldn’t move."

Raul was in the hospital for a week.

"He has three fractures on the side of his face, broken nose, he had two fractures on his arms, fractured pelvis, not able to walk right now," Sanchez said.

Now Raul is home recovering. His family hopes that someone with information comes forward, so that this doesn’t happen to another family.

"You didn’t have any remorse, you didn’t stop, you didn’t see if my son was at least OK. Call the ambulance to do something for him," Martin Mendez, Raul’s stepfather, said.

If you have any information on the driver, you are told to contact the Harris County Sheriff’s Office.

The family has set up a GoFundMe account to help with medical expenses.