Aiden Fucci, 14, was arrested on second degree murder charges in the death of 13-year-old Tristyn Bailey, whose body was found Sunday evening. 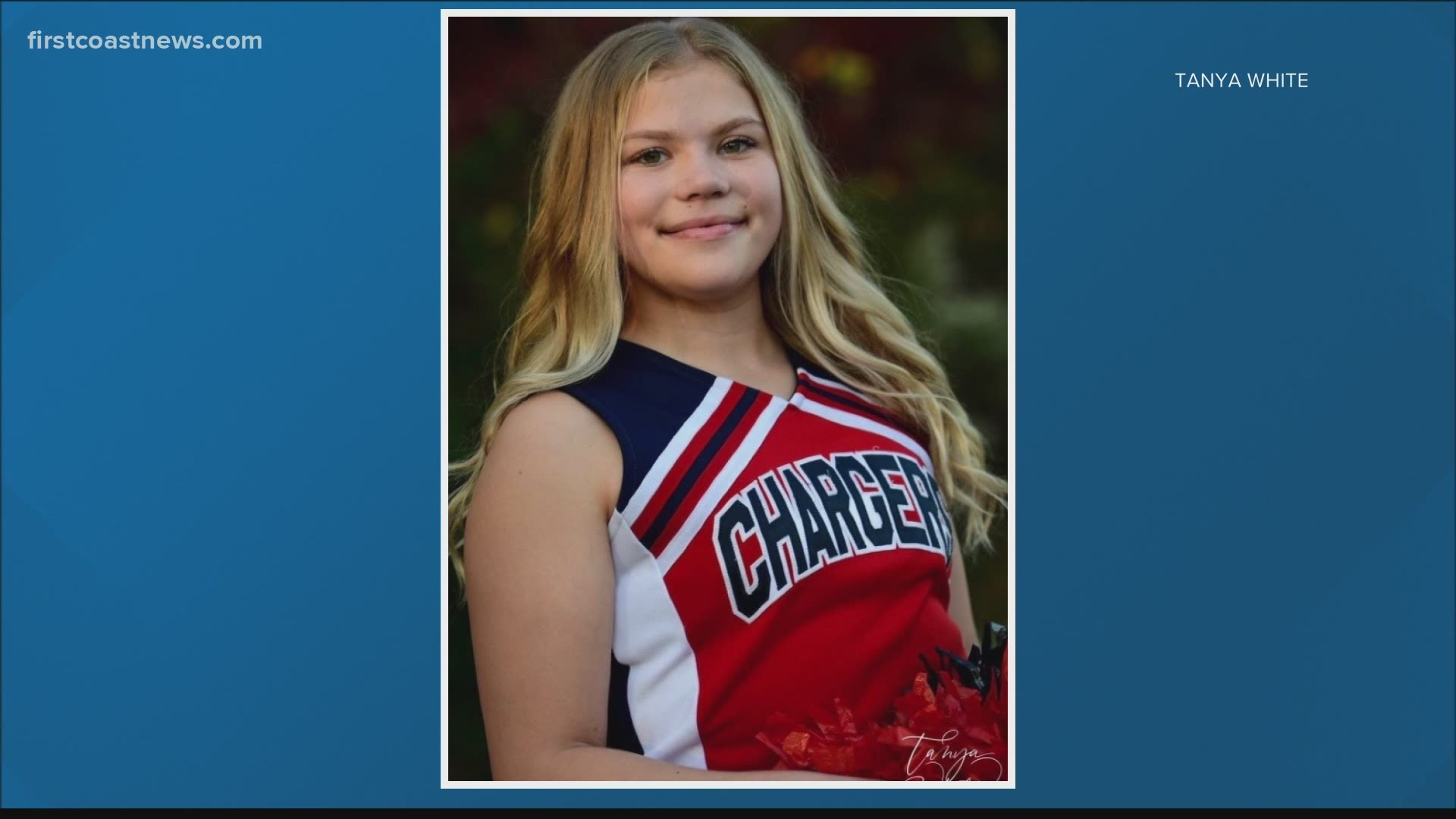 DURBIN CROSSING, Fla. — The St. Johns County Sheriff's Office says it has arrested a suspect in the death of a 13-year-old girl whose body was found Sunday evening.

Aiden Fucci, 14, was arrested on second degree murder charges in the death of 13-year-old Tristyn Bailey, who was reported missing early Sunday morning in the Durbin Crossing area. He is currently in the custody of the Department of Juvenile Justice, St. Johns County Sheriff Rob Hardwick said.

“We want to put our community at ease that we have that suspect in custody," Hardwick said.

Fucci is scheduled to have a detention hearing Tuesday morning at 8:30 at the Volusia County Regional Detention Center in front of Circuit Judge Michael Orfinger, via Zoom.

The suspect and the victim went to school together, but the sheriff's office would not say whether they were classmates at Patriot Oaks Academy. Hardwick said there are lots of witnesses they are interviewing, but only one suspect in custody.

“Our investigative team is out there interviewing all kinds of witnesses, whether directly or indirectly involved in this case," Hardwick said. "But as I told you before, we have a suspect in custody. That is the only suspect that has to do with the death of Tristyn.”

A resident who lived in the area found the body around 6 p.m. Sunday, the sheriff's office said. She was found, clothed, in a wooded area, Hardwick said.

“I cannot thank our community enough. This is the relationship we have here in St. Johns County with our community. The community helped us solve this case," Hardwick said. "When I say they went to work, they went to work, whether it be on social media – we saw moms and families walking the woodline in clothes like church clothes yesterday ... And this case was solved because a gentleman saw the information that was put out there and went to work looking around his immediate area, where he lives at. And we can’t thank him enough.”

Neighbors, Tristyn's cheerleading teammates and deputies had been searching for the teen all day before the sheriff's office called off the search at around 6 p.m.

“Justice is being served," Hardwick said. "However, we know the community is angry. This is a very tight-knit community of St. Johns County ... This is a time for us to work with Tristyn Bailey’s family to make sure that they have all of the information way before you have the information."

The medical examiner's office is still investigating the cause of death, Hardwick said. Investigators will share that information with Tristyn's family before determining if or when to release it to the media.

“They are physically in the process – this is not an easy process for the medical examiner’s office," Hardwick said. "We’re going to let them take their time and be thorough, dot their I’s and cross their t’s. It’s important. We have a person charged with a serious crime, and we have a family that’s grieving the loss of a loved one. A child. A 13-year-old child.”

Hardwick said there is no further threat after the arrest in the case.

“I’m going to just caution our listeners out there today that just because it’s on social media, doesn’t mean it’s true," Hardwick said. "Our investigative team is collecting all those leads and processing those leads. Once we get the entire package together and her family knows first, then we will share with you.”

Hardwick said the criminal investigations division is still following up on every tip and lead they receive in connection with the case, including those that come in from social media.

When asked whether the suspect was also an athlete, Hardwick said the focus right now is on Tristyn's family.

“I’m going to be honest with you – her information is more important than his," Hardwick said. "So I really don’t care what he did in the school system, whether it be sports or whether it be music. I’m more worried about Tristyn and her family. So as we get into the background of the suspect, that will come out later in the case.”

Hardwick asked for privacy for the family and Tristyn's school community.

"This school is grieving. This community is grieving," Hardwick said. "Tristyn is not coming back. They loved her in school. And now we have a person charged with her murder."

Vigils are planned to honor Tristyn's life Monday evening. One is only for fellow athletes and parents at Infinity Allstars Cheerleading where Tristyn cheered at 7 p.m., and another is open to the public at Durbin Crossing North Amenity Center, 730 N Durbin Pkwy, St Johns, at 8:30 p.m.

Grief counselors were on site Monday at Patriot Oaks Academy where both Tristyn and the suspect attended school.

The family of Tristyn Bailey has set up a Go Fund Me page as a memorial fundraiser.

RELATED: Timeline: What led up to the arrest related to the death 13-year-old Tristyn Bailey in St. Johns County?