Javonni Carson's mother said it's a miracle her son is alive and recovering. 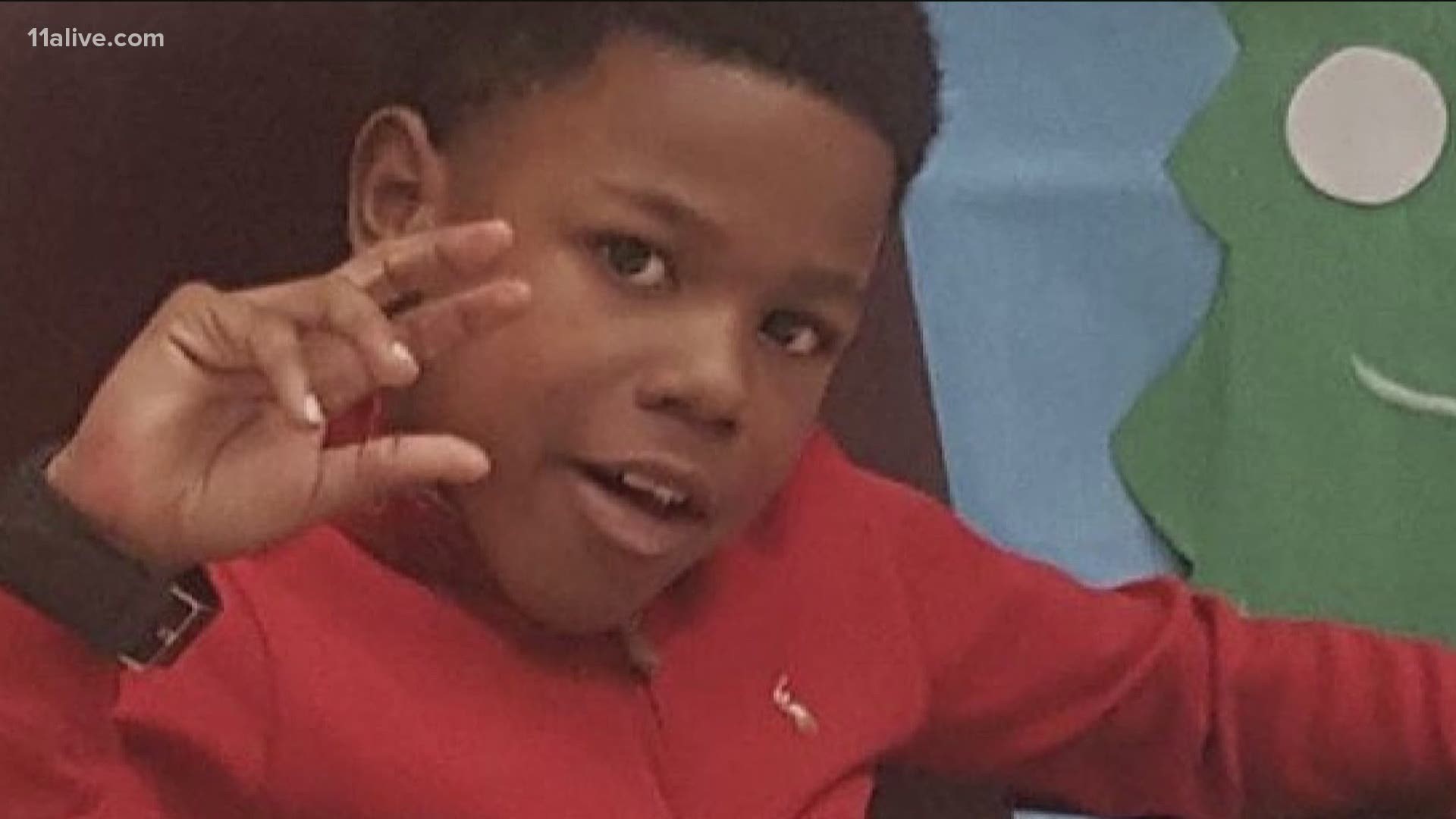 ATLANTA — Another mother in Atlanta - heartbroken that her child was shot. But feeling fortunate that he survived.

Police said Carson's 9-year-old son Javonni was hit by gunfire in East Atlanta Village around 9 p.m. Wednesday near Flat Shoals Road and Glenwood Avenue. Investigators said shots were fired toward a group of people, hitting the little boy - and two other people - four times. Police said they recovered 42 shell casings from the scene.

RELATED: APD: 9-year-old, others hurt in shooting after fight breaks out with large group

Carson said her heart dropped when she got the news.

Family said he was in and out of surgery all day at Children's Healthcare of Atlanta. He's now recovering from the gunshot wounds.

Carson said it's a miracle her son is alive and recovering.

"We’re just praying that his motor skills to where he has no complications or anything,” she added.

Credit: Provided
Javonni Carson was shot four times after a gunman opened fire on a crowd in East Atlanta Village Wednesday night. Family said it's a blessing he is still alive.

The shooting comes less than a week after the deadly shooting that took life of 8-year-old Secoriea Turner, who died after being shot on the Fourth of July - her family's car confronted by an armed group of people near the Wendy's where Rayshard Brooks was killed last month.

An innocent child shot dead. That heartache is one that Carson can relate to.

"My condolences go out to the family, because I feel her pain. Because I was in the same fear," she said. "Just so happens that my baby was blessed to still be here and to recover from the gunshots that shouldn’t have been fired."

Javonni's family set up a GoFundMe account to help them during this time with medical expenses and as their son recovers. Meanwhile, they pleaded for the violence to stop.

Officials have not yet released any information on possible suspects involved, but a police report said surveillance video from a business in the area showed a dark-colored vehicle driving south through the parking lot before firing toward the large crowd before driving west on Glenwood Avenue toward Moreland Avenue.

Atlanta couple planning their wedding would be charged $6,500 to reschedule their date

4 killed in wreck on I-75 south in Henry County