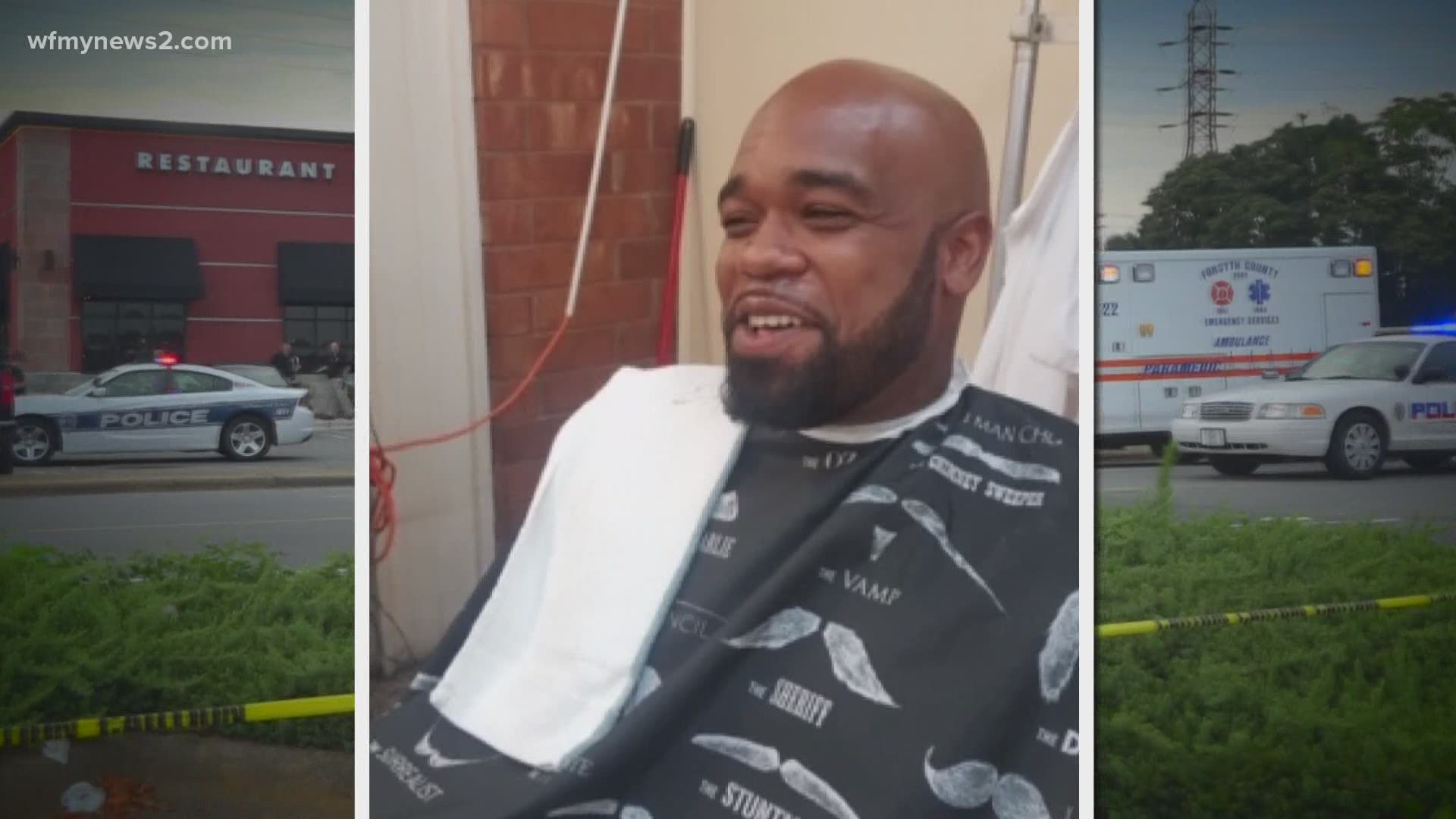 WINSTON-SALEM, N.C. — A Forsyth County judge ordered the release of 911 calls when a man was shot and killed outside at Winston-Salem restaurant at Hanes Mall.

Winston-Salem police said Robert Granato, 22, shot and killed Sampson, 32, after they had an argument inside BJ’s Restaurant and Brewhouse. Investigators said the argument continued into the parking lot where witnesses said Granato was waiting with a gun.

Investigators said Sampson was defending a waitress who was being harassed by Granato. Police said they believe Granato was intoxicated and belligerent.

The killing sparked allegations that Sampson was killed because he was black. However, investigators said the deadly shooting was random and findings did not indicate the shooting was racially motivated.

At the time the 911 calls were sealed to preserve the integrity of the investigation but now they have been released.

WARNING 911 calls and details listed below could be disturbing

An emergency call was made by a woman who was working inside the restaurant.

“I have two drunk guests at my bar that’s cursing,” the woman said.

The caller gave the dispatcher the address and a description of the men arguing.

"One is wearing a Hawaiian shirt, and one is wearing an orange shirt," the caller said. "They are arguing with two other guests who are trying to protect the woman at the bar. I need back up. This is going to be bad."

The employee said she didn’t see any weapons.

Woman/Caller: "I just got shots fired at 192 Hanes Mall. Hurry up!"

Dispatcher: "Where were they shot at?"

Woman/Caller: "Right, in front of my restaurant."

Dispatcher: "Is it a male or female?"

Dispatcher: "Is he breathing?"

She then told the dispatcher the shooter was restrained.

Dispatcher: "I got police being dispatched as soon as possible. Where's the gun?"

Woman/Caller: "The gun is on the guy. We are trying to get it from him. He's not breathing."

Dispatcher: "Listen to me. I'm going to get you an ambulance. I got police and (an) ambulance on the way."

The dispatcher called the Forsyth County Emergency Services. "This is the WSPD," the dispatcher said. "She's reporting a shooting at 192 Hanes Mall Way."

Sampson was loved by his family and community. He was a barber who worked at Hanes Mall. He was also a married father of three children and a little league coach.

1 / 4
WFMY
Dozens gather at a vigil for Julius Sampson, who was shot and killed Tuesday in Winston-Salem.

RELATED: He was a barber, a little league coach, a newlywed and his murder has left a void in the community

1 / 5
WFMY
A celebration of life for Julius Sampson at Union Baptist Church in Winston-Salem.