Tuesday, Feb. 23, marks one year since the shooting death of 25-year-old Ahmaud Arbery. 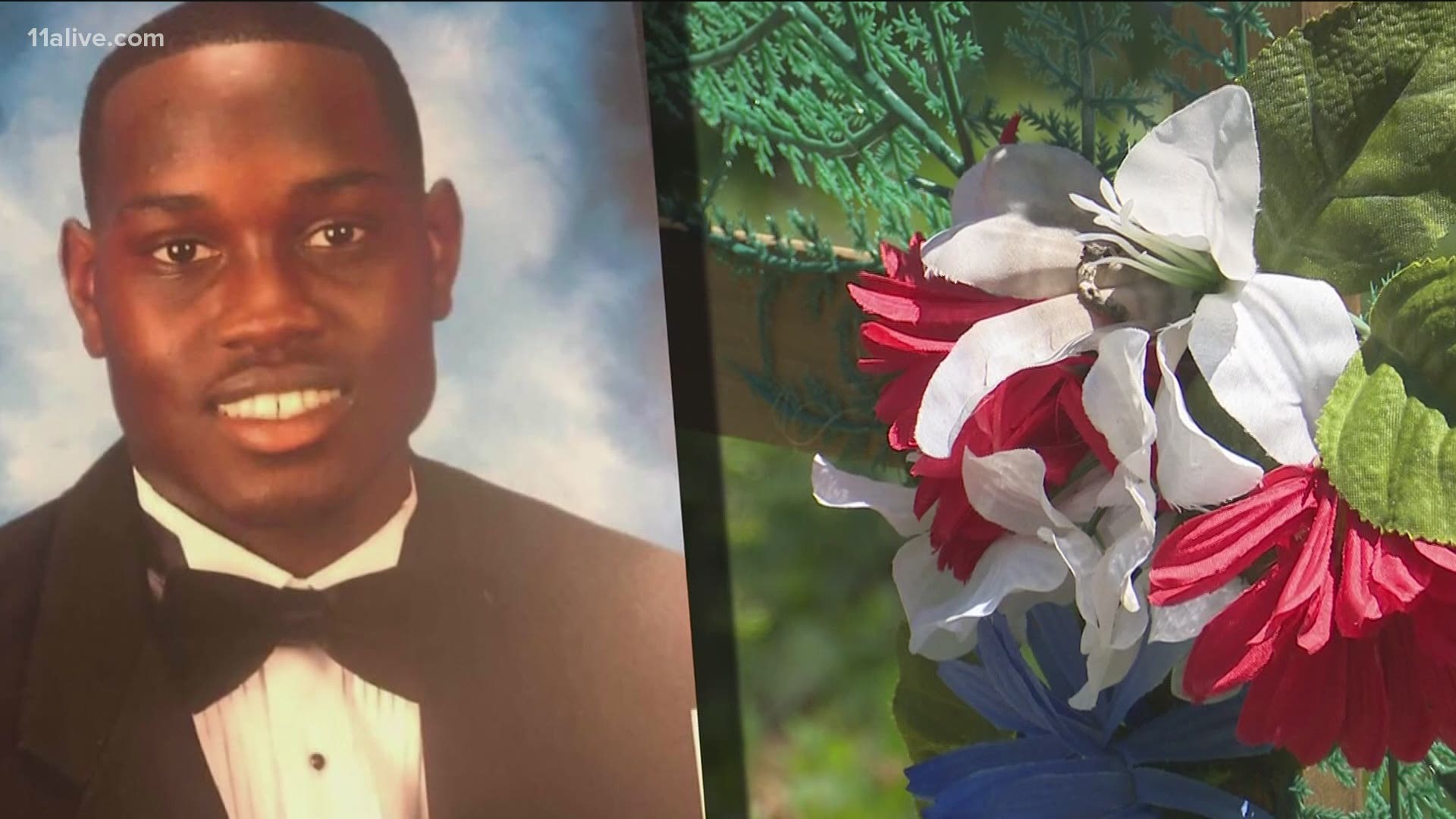 COBB COUNTY, Ga. — As the one-year anniversary of Ahmaud Arbery's death looms, the Cobb County district attorney’s office - appointed as special prosecutor of the high-profile case - is offering 11Alive a glimpse of what to expect next in the case.

Arbery, 25, was gunned down while he was jogging through a residential neighborhood in Glynn County near Brunswick on Feb. 23, 2020, after a white father and son tried to stop him because they said he looked suspicious. But his death wouldn't gain national attention until months later in May, when a graphic cell phone video showing that deadly encounter surfaced online.

On Monday, the day before the anniversary of Arber's death,11Alive sat down with newly-elected Cobb County District Attorney Flynn Broady, Jr., along with Deputy Chief Assistant District Attorney Jesse Evans, to talk about the case.

During the conversation, Broady said the main priority is to get Ahmaud Arbery’s family justice.

“The entire state of Georgia is looking for justice," he said. "It’s heart wrenching to know that it’s been a year and they’re still waiting for answers.”

With the district attorney’s office appointed as the special prosecutor in this case, all eyes will be on Cobb County - even though the case happened more than four hours outside of Atlanta.

Evans said he’s hoping the family can get closure from this trial.

“There’s been a mom and a dad who have been grieving since the loss of their son,” he said.

Last May, three men were arrested and charged in connection to the deadly shooting: Travis McMichael, who allegedly pulled the trigger on the shotgun, his father Gregory McMichael, and William “Roddie” Bryan.

Whether they will have a trial together or separate trials, is still up in the air.

“It really depends on the defense attorneys and what they’re asking for the judge to do,” Broady said.

As far as a timeline or the case moving forward, DA Broady said the pandemic will likely impact that.

“There’s no way we can think about what the timeline is going to be," he said. "We’re still waiting on the judge’s answers to questions that have been posed – whether we’re going to go for it virtually or in person.”

Evans said Cobb County is more than capable of a handling a high profile case like this one, with a long list of charges.

“The most serious is malice murder. Multiple counts of felony murder as well,” Evans said.

Broady and Evans both said this case has led to conversations about equality and the fight for justice.

Evans also reflected on the dialogues on race relations, the nationwide protests of 2020, and the outcry for justice.

“Part of the reason why we’re having these difficult conversations is because maybe we haven’t done a good enough of a job in the past as prosecutors and law enforcement to have an open dialogue about these things,” Evans said.