Investigators said Ahlora Lindiment was playing at Claremont Courts when a woman was suspected of abducting the child. 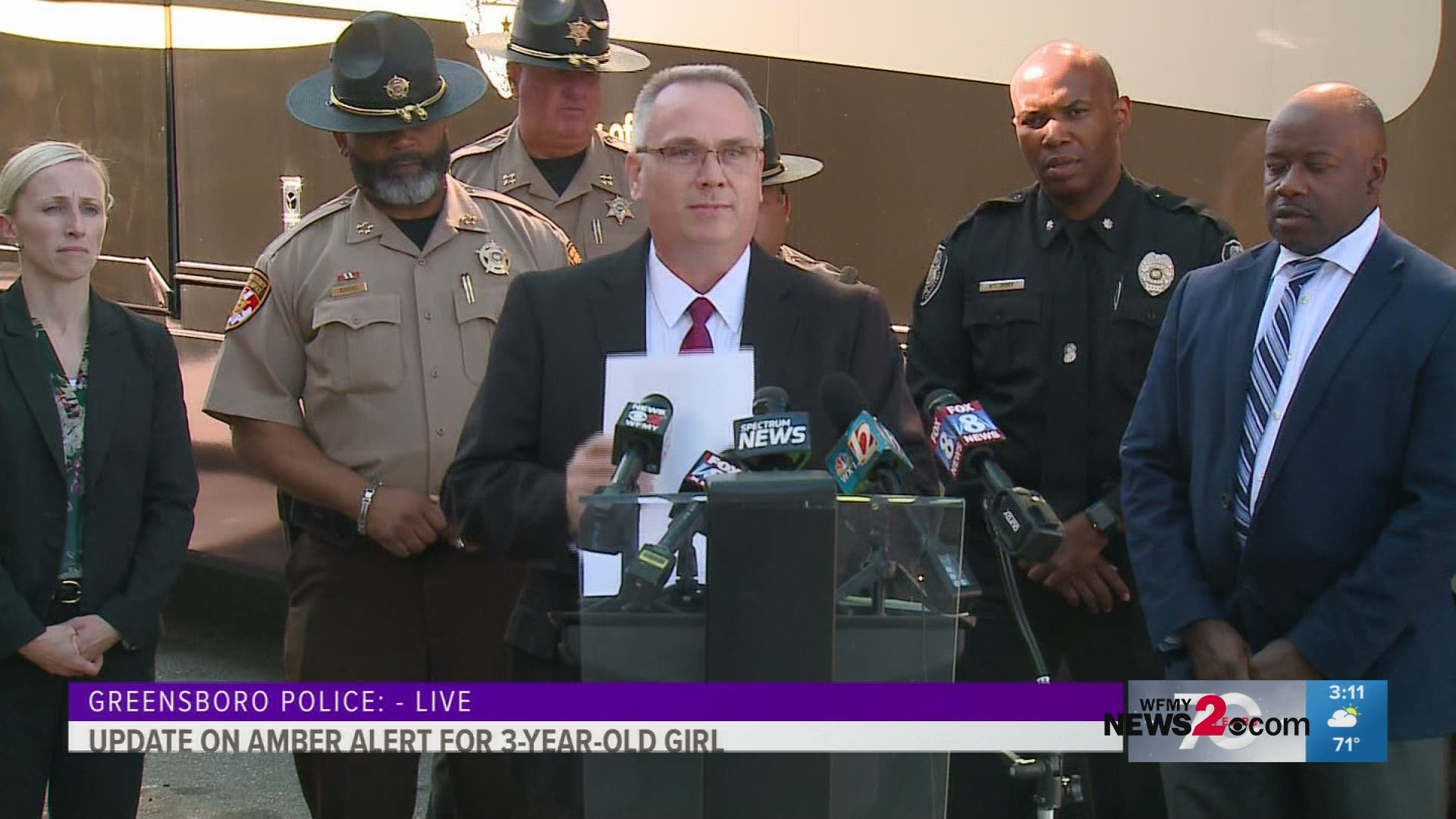 GREENSBORO, N.C. — A three-year-old girl has been abducted from a playground, according to Greensboro police.

Investigators said Ahlora Lindiment was playing at Claremont Courts when a woman was suspected of abducting the child.

Here’s what we know about the search to find Ahlora and the woman suspected in her abduction.

The missing child, Ahlora Lindiment, is described as 2' tall and weighs 40 lbs. She has brown eyes and black hair. She was last seen wearing a short sleeve pink t-shirt, black jeans, and possibly white sandals.

Police said Ahlora was abducted by a black woman in her 20's who is about 5'6" tall and weighs 135 lbs. She is believed to have her hair in a ponytail.

The alleged abductor was last seen wearing a short sleeve black crop top with black pants. The pants have tiger print faces on them. One pant leg has a yellow stripe and the other a white stripe. She was also wearing dark flip flops and a gold chain around her neck.

Credit: Greensboro Police
Greensboro Police want to question a woman captured in a surveillance photo who could have information about the abduction of Ahlora Lindiment.

Police said they're looking at surveillance video from the area to gather more information. They're not releasing the video at this time.

Ahlora's mother, Erica Lindiment said a surveillance video showed the abductor taking her child from the Claremont Courts Apartment Complex on Patio Place near Phillips Avenue in Greensboro. She said a woman was playing with several children at the apartment’s playground and walked off with her child.

"On everything, on God, like everything. I want my daughter back unharmed," said Erica Lindiment.

RELATED: 'I Want My Daughter Back Unharmed' | A Greensboro Mother Says She May Have Seen The Woman Who Kidnapped Her Daughter 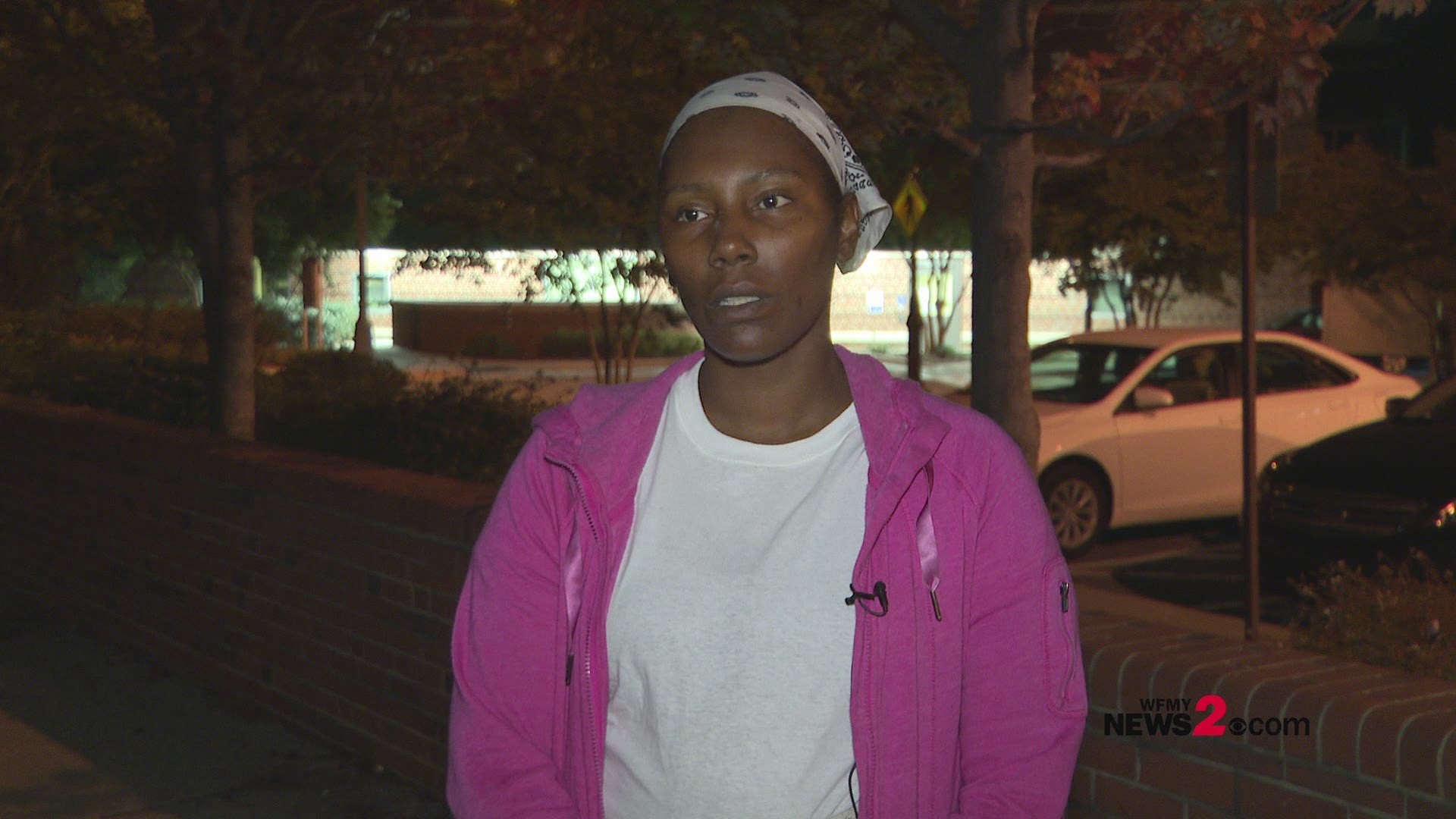 The FBI said it's also now assisting in the search to find Ahlora and has released a flyer that's being handed out to businesses in the area.

Greensboro Police are going door-to-door and distributing "Missing Child" flyers in their attempt to find Ahlora. There are several officers in the Claremont Courts area.

On Thursday, Greensboro Police Chief Wayne Scott made an emotional plea to the community for information to find Ahlora.

“We’ve got to work as a community to bring this child home,” said Chief Scott.

He also called Ahlora, "Greensboro's little girl" while requesting for any possible tips that could help find her.

More than 100 officers are helping in the search to find Ahlora. Chief Scott said the woman who they wanted to question is now a suspect in Ahlora's abduction and they need help to identify the woman.

Chief Scott said, "She is the key. We must locate her."

A $2,000 reward is also now being offered for any information that leads Ahlora back home or to those who are responsible for her abduction.

RELATED: Missing Persons Cases: How to Report Them, Teach Your Kids Stranger Danger

RELATED: These Steps Could Help Save Your Child If They Go Missing