2 dead after suspected road rage shooting on I-285, police say 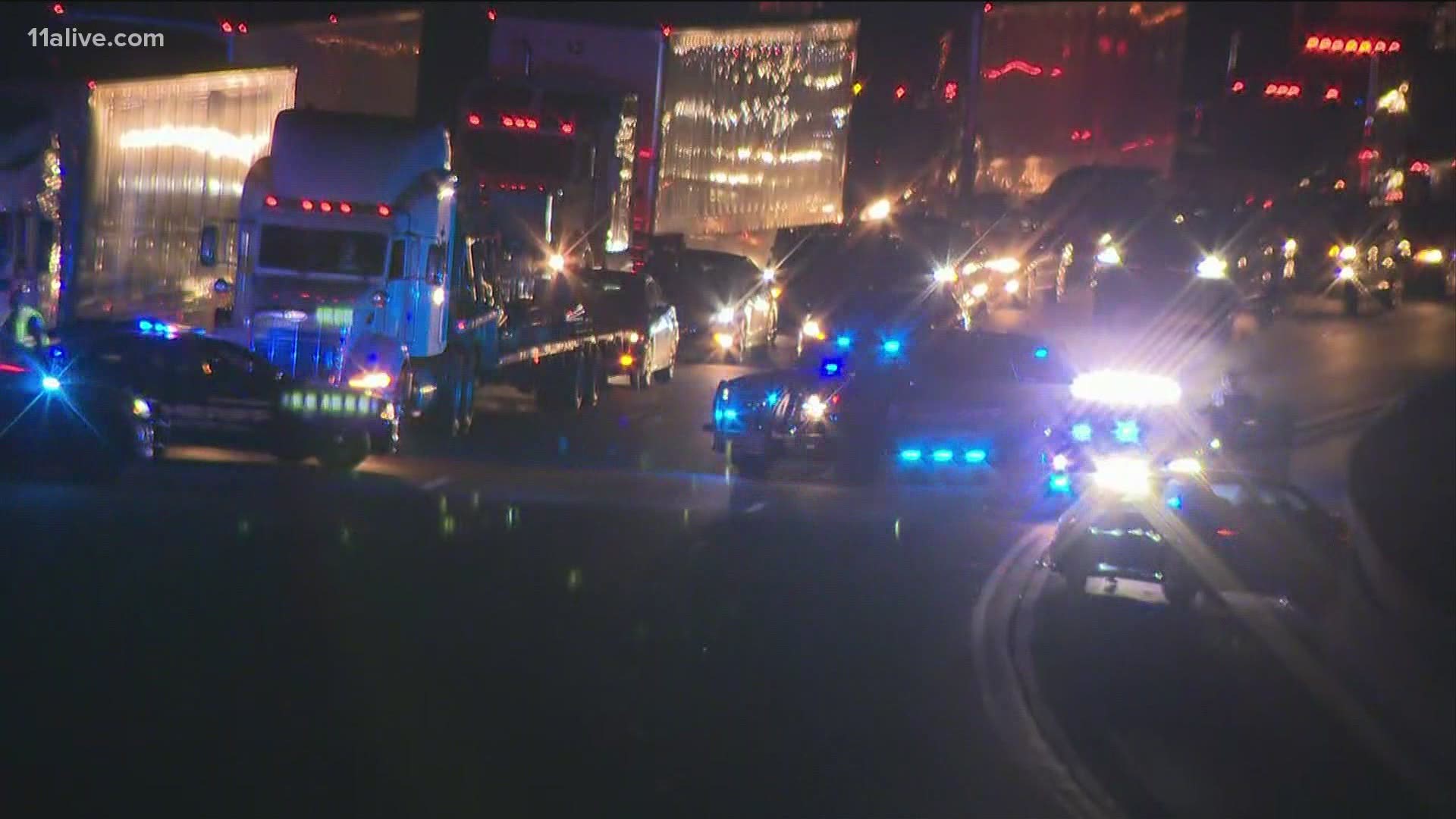 Maj. Lance Patterson with the College Park Police Department said they responded to an accident with a person shot along Interstate 285 at the Riverdale Road exit.

When they arrived, they located the driver with multiple gunshot wounds and he was pronounced dead on the scene. The passenger, who was also shot, was transported to the hospital where he later died.

Patterson said they believe the driver was shot while traveling eastbound on the highway, then crashed into a vehicle at the top of the exit ramp and into another car at the bottom of the ramp.

RELATED: At least 16 shootings on Atlanta metro interstates in 2021 but nearly no arrests

This is now at least the 17th shooting on metro Atlanta interstates this year. Only one arrest is believed to have been made in all the incidents. This total only includes shootings where police suspect someone shot from one car into or at another car.

Last month, 11Alive followed up with the police departments investigating each shooting and could only confirm a single arrest in any of the shootings. It was connected to a shooting in Coweta County in April.

"If you find yourself where somebody cuts you off - or you cut someone off unintentionally, don't engage them. Again, we don't know if that is the case here, but moving forward we all just need to be vigilant and more aware of our surroundings," Patterson said.

RELATED: After multiple metro Atlanta highway shootings, here's how you can stay safe

No suspects in this latest shooting have been identified, police said.