Three people were killed in a shooting in northwest Austin Sunday morning. Stephen Broderick has been tentatively identified by police as the primary suspect. 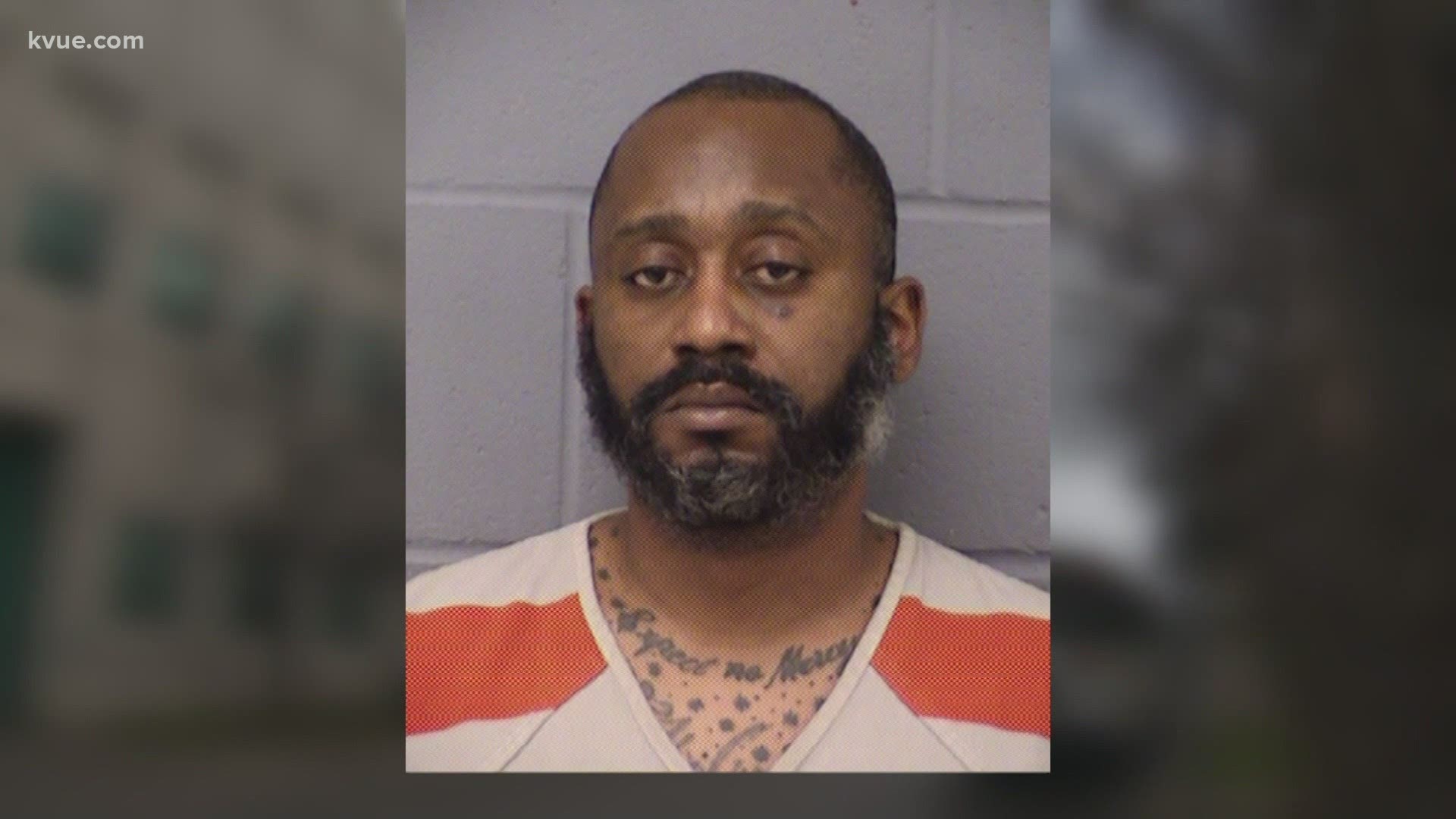 AUSTIN, Texas — Three people were killed in a shooting in northwest Austin Sunday morning, officials confirmed. The suspect, a former Austin-area detective, remained missing for many hours, though police believed this was an isolated domestic situation and there was no risk to the general public.

Police announced Monday morning that suspect Stephen Nicholas Broderick, 41, was arrested in the Manor area after officials received two 911 calls about a man walking along US 290. Officials said he was armed with a loaded pistol in his waistband.

Austin Police Department Interim Chief Joe Chacon said a 911 call came in at approximately 11:42 a.m. on April 18 for a "shoot/stab hotshot," the highest level priority call, in the area of Great Hills Trail and Rain Creek Parkway. The first officer was on scene at 11:46 a.m. At the same time, a "reverse 911 activation" was sent out to residents to let them know to shelter in place because there had been a shooting. The shelter-in-place order was lifted as of 4:45 p.m. on April 18.

KVUE's Tony Plohetski confirmed that the shooting scene was an apartment complex in the area. Austin Mayor Steve Adler tweeted that the location of the shooting was the Arboretum Oaks Apartments at 9617 Great Hills Trail.

Credit: Austin PD
Stephen Nicholas Broderick, 41, was arrested in Manor, Texas, April 19 after he was spotted walking along the road.

When officers arrived, they found three victims that had been shot lying near two vehicles that appeared to have been involved in a crash, APD said. Austin-Travis County EMS said the individuals had suffered gunshot wounds and medics performed CPR, but all three died shortly after.

On Monday morning, Elgin ISD identified two of the victims as a current and former student in the following statement:

"We are heartbroken by the news of this senseless tragedy, and we extend our deepest condolences to the families of Willie Simmons III and Alyssa Broderick. Although Alyssa withdrew from Elgin ISD back in the fall, she was an Elgin ISD student from 2009 to October 2020. She was an excellent student and athlete, enrolled in our Early College High School program and played on our girls’ basketball team. Willie was a senior at Elgin High School. He was an exceptional young man and leader among his peers. Strong, both academically and athletically, he represented the very best of Elgin ISD. He was the Captain of our football team; a friend to everyone he met; and most recently, recruited to play football for the University of North Texas. The Elgin ISD community grieves the loss of these two young, promising souls. In response to this tragedy, the district will have counselors and trained professionals available via in person and/or virtually to assist students, staff, and families in this time of grief."

APD's investigation at the scene revealed that Amanda Broderick and Stephen Broderick were meeting for a scheduled visit with their son when the collision occurred. The APD said Stephen then fired shots, killing all three victims, before fleeing the scene. The APD said the couple's son was unharmed and later found away from the scene.

According to an affidavit obtained by KVUE, a witness driving on Great Hills Trail saw the 9-year-old boy running from a body on the ground. The boy asked the witness to call 911 as he was trying to get into her car. He reportedly told the witness his father was angry about the divorce with his mother. She drove him away from the scene as he told her that he witnessed his father wreck into their vehicle and shoot his sister's boyfriend.

The woman who helps facilitate the visits told police she arrived to pick up the boy from the mother, who she would then take inside as they wait for the father, and heard what she said sounded like a collision and gunshots. When she made her way into the parking lot, she said she found all three victims lying on the ground and witnessed Stephen Broderick walking away.

Records show that Broderick has a pending felony charge for sexual assault of a child. He was booked in jail last June and was released 16 days later after posting bail, according to KVUE's partners at the Austin American-Statesman. The Travis County District Attorney’s office announced April 18 it had filed a motion to revoke that bond.

Many law enforcement officers were on the scene looking for him, both on the ground and in helicopters.

City Councilmember Alison Alter, who represents northwest Austin, released a statement on Twitter saying in part, "We await more details, but common sense gun violence prevention is possible & it is necessary. Prayers are not enough. We need state/federal leaders to treat gun violence like the public health crisis it is."

I’m heartbroken for the victims of the NW ATX shooting & their families. We await more details, but common sense gun violence prevention is possible & it is necessary. Prayers are not enough. We need state/federal leaders to treat gun violence like the public health crisis it is. pic.twitter.com/BqdbN96UqM

"My heart and thoughts are with the family and other survivors of yet another incident of gun-related domestic violence that left three residents dead in Northwest Austin. Today’s tragic events are yet another illustration of the gun violence epidemic plaguing our nation and underscore that our state and US Senate leaders must do better. We must learn from today’s events to prevent another gun death at the hand of an abuser. We must do even better. Just this year in Austin, we put $2 million of the city’s budget towards family violence shelters and over $500,000 for survivor counselors because like cities all across the nation we have seen an increase in violent domestic crimes in recent years. While we wait for the details from today to unfold, I urge residents to remain safe.”

Travis County Sheriff Sally Hernandez said she was "shocked and saddened by this horrific news."

"I’m truly heartbroken that a former Travis County Sheriff’s Office Deputy is the suspect in such a horrific incident. TCSO is standing by to provide any, and all assistance we can to the families of the victims in their time of need," she said Monday morning. "I’m proud of the integrity and professionalism shown by the men and women of TCSO, APD and other law enforcement agencies, who worked tirelessly throughout the night to locate Stephen Broderick. I’m especially grateful to the vigilant citizen who called 911 after seeing Broderick, and to the Manor PD officers and TCSO deputies who took him into custody this morning."

“I am grateful to the courageous members of our law enforcement who worked around the clock to bring Mr. Broderick into custody without incident,” said Garza. “Our office will ensure that Mr. Broderick remains in custody and is held accountable. My heart continues to break for the victims of this senseless act of violence, their families, and for the anguish of our community.”

Stephen Broderick was taken to Travis County Jail where he is facing charges for capital murder.