The mother of the child has been arrested and charged nearly a year after her baby died in a hotel due to fentanyl toxicity. 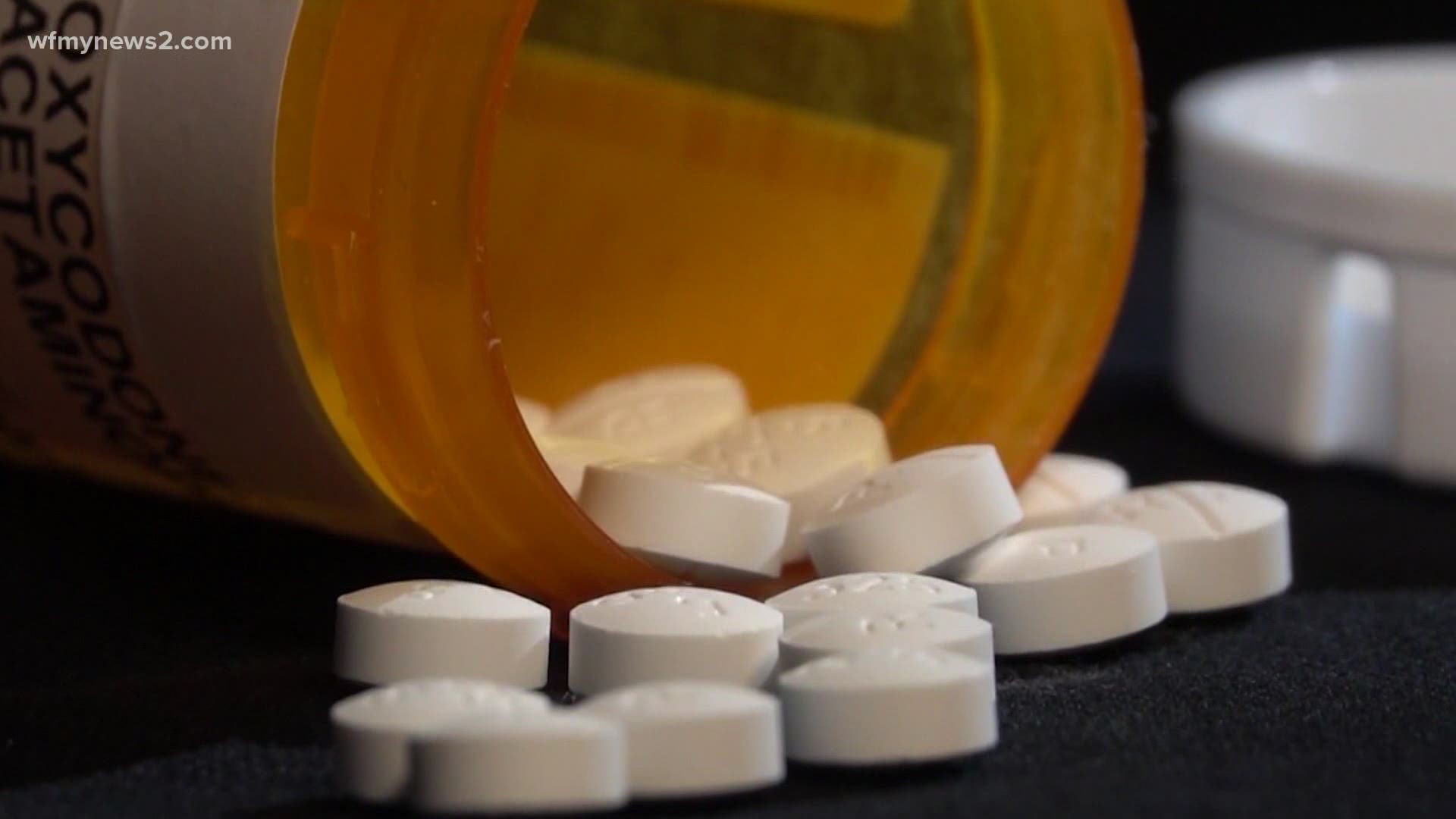 WINSTON-SALEM, N.C. — Editor's Note: The video is this article is from a previous report.

Nearly one year ago, a baby died in a Winston-Salem hotel room. In March 2021, medical examiners determined the baby had died from fentanyl toxicity, and therefore, the death is a homicide, investigators said. Deputies arrested the child's mother on Wednesday.

Amber Martin is charged with involuntary manslaughter and is in jail. The child's father, Eric Lash, 47, died from an apparent unintentional drug overdose in February 2021, deputies said.

Why it matters: North Carolina's drug addiction crisis is an overlooked pandemic in the midst of the coronavirus pandemic. North Carolina has seen a 10-19% increase in drug overdose deaths in the last year.

Rehabilitation facilities and drug programs have felt the squeeze of the pandemic, leading to a backslide on the improvement from 2018, the first year opioid overdose rates dropped in North Carolina in half a decade.

Background: April 30, 2020, police arrived to the Ramada Inn on the 500 block of Akron Dr. in Winston-Salem on a report an infant was not breathing. Officers and Forsyth County EMS performed life-saving procedures on the one-year-old but with no success. The baby was pronounced dead at the scene.

Amber Martin and Eric Lash had been leasing the hotel room, investigators said. Police seized needles, syringes and other drug paraphernalia from the room during their investigation.

The infant's six-year-old brother was also in the room but was unharmed.