Biological father in shock over his 9-year-old daughter's death, says he was in a custody battle with her mother

Kevin Maddox says he just wanted his 9-year-old daughter Aleyah McIntyre home with him in New Jersey. Phoenix Police suspect her mother is responsible for her death. 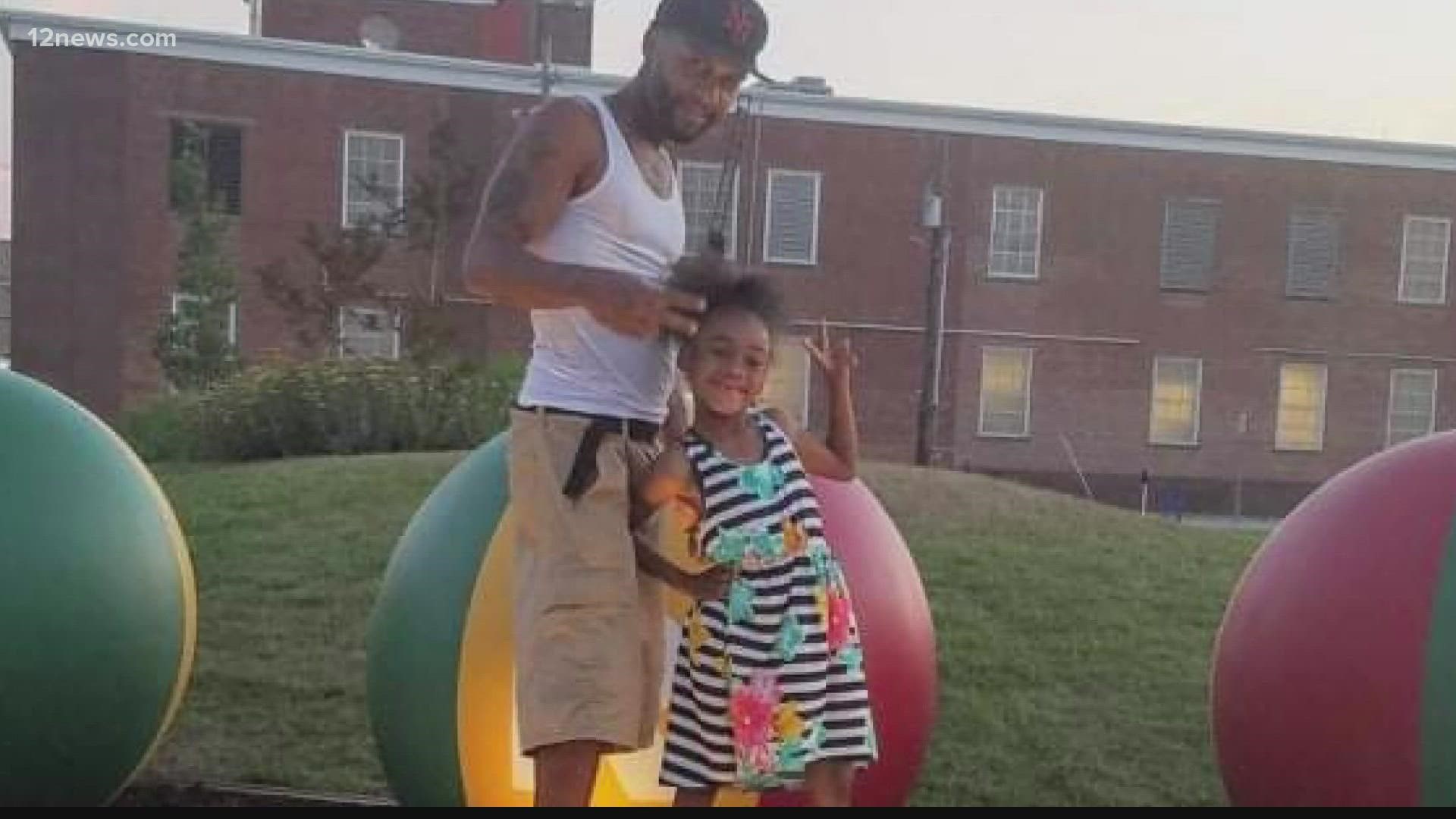 PHOENIX — Kevin Maddox is numb to the reality that he will never see his 9-year-old daughter Aleyah McIntyre again. “He’s actually not even in the place to talk,” said Kevin's partner Teneshia Jones from their home in New Jersey.

Aleyah and her 4-year-old stepsister Royal were found dead inside their Phoenix apartment near 12th Street and Mountain View last Wednesday. Phoenix Police believe the girls' mother may have been responsible for their deaths.

“Friday morning he got the call while he was at work, letting him know that Aleyah was deceased," said Jones. “I mean it was heart-wrenching. We are all grieving and mourning the loss of an innocent child that did not have to die.”

Teneshia says Kevin was in a custody battle for Aleyah and wanted her to live with them in New Jersey.

“They were very close and he loved his daughter so I want the world to know that. I don’t want it to look like he did not care or he wasn’t present. He fought for her for many many years,” said Jones.

Now the family wants to bring Aleyah back to New Jersey.

“He wants to bury her where her family is and where we can all get together and know her body is here in New Jersey where she should have been,” said Jones.

The Maddox family has launched a GoFundMe account and says the money will be used to bring Aleyah to New Jersey and help with funeral arrangements.

• Woman shot at an apartment complex in Mesa; man being questioned