The Black Lives Matter group wants the release of video footage after the death of John Neville. 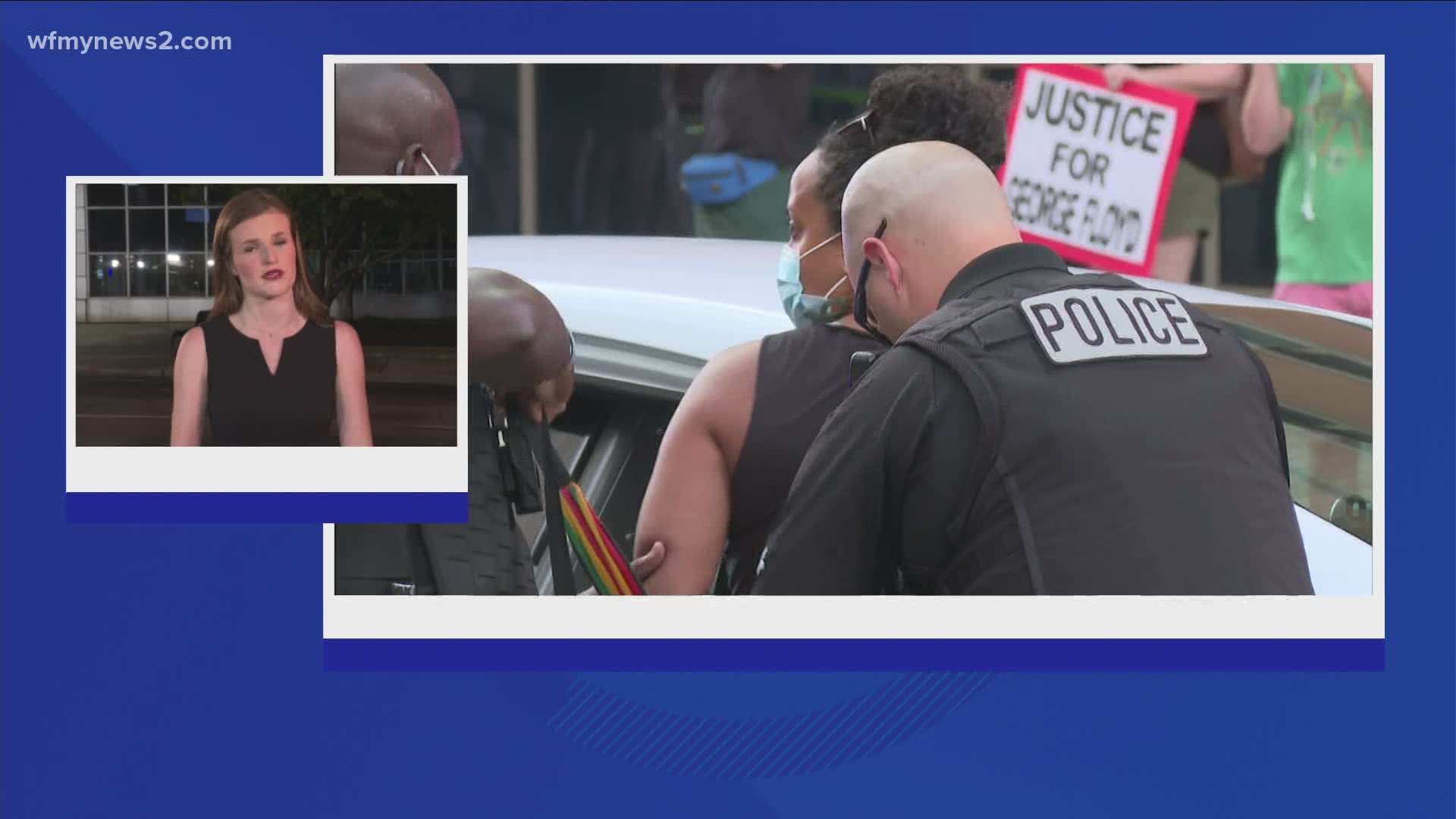 The Black Lives Matter group wants video footage to be released in Neville's death after he died while in jail.

Winston-Salem police arrested four people during the protest and charged them with impeding traffic. According to a release from the police department, some protesters started walking in the middle of the street. Police said officers gave protesters an initial warning to clear the roadway and three minutes to comply with the request. Police said two more warnings were given to protesters before arrests were made.

Officials said Neville, 57, of Greensboro, died on Dec. 2, 2019, at the Forsyth County jail, four days after he was arrested.

Forsyth County District Attorney Jim O'Neill said around 3:24 a.m. on Dec. 2, Neville suffered an unknown medical condition while asleep. He fell from the top bunk in his cell and onto the concrete floor.

Jail detention officers and an on-call nurse found Neville who was disoriented and confused. He was then moved to an observation cell.

O’Neill said the video footage will not be released at this time out of respect for Neville’s family and to provide a fair trial for those charged in the case.

O'Neill said the final report of the autopsy revealed Neville died from a brain injury after he was restrained and choked while in custody.

The five detention center officers charged in this case are:

The nurse charged in this case has not been named.

If convicted, all six suspects could face felony charges.

7 murders in the first 7 days of July, record high homicide rate for the half year mark