Sommer Barnes said her mother and stepfather were worried about Isaac Barnes' mental state and the safety of law enforcement if they encountered him. 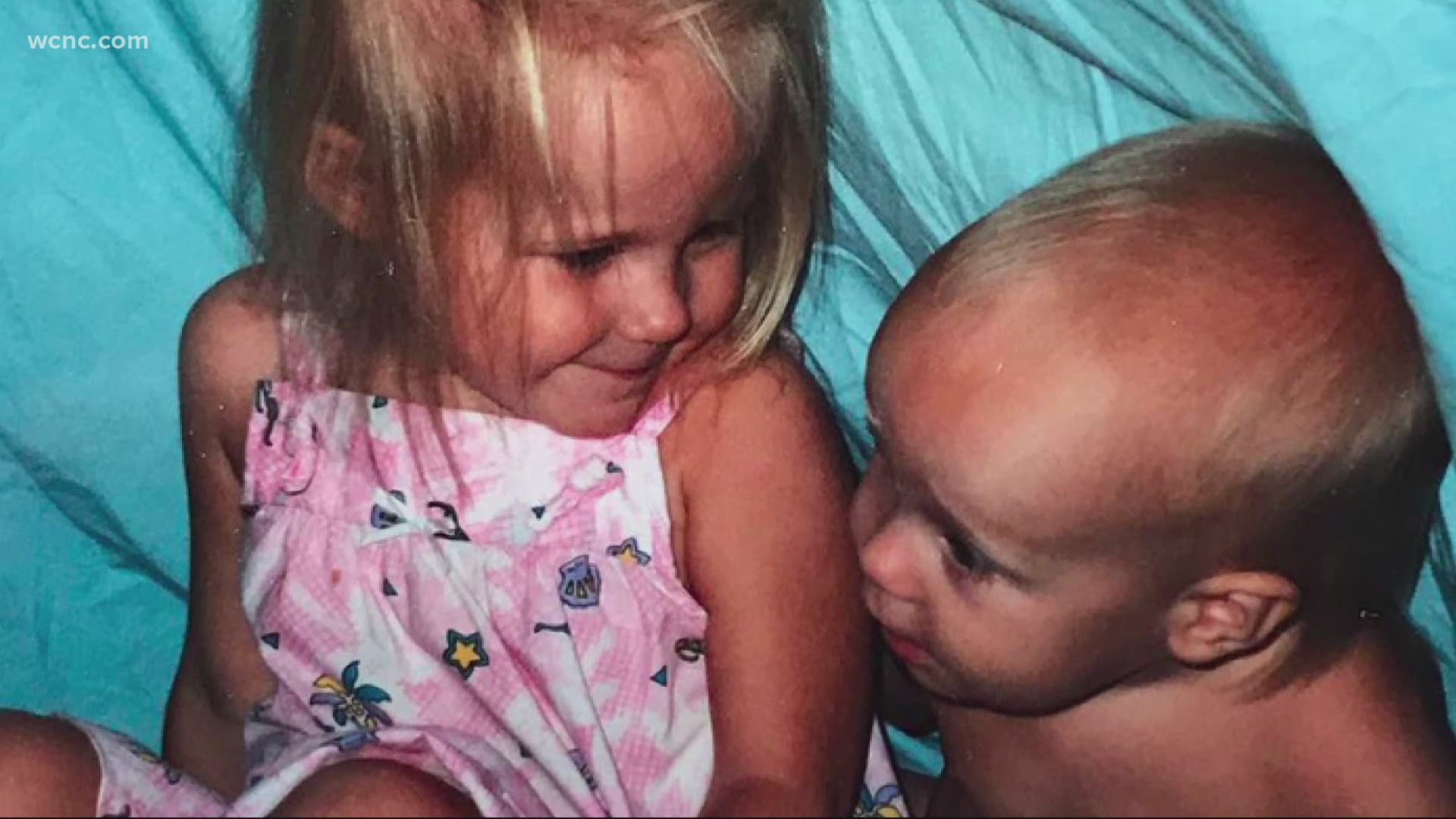 BOONE, N.C. — In the blink of an eye, Sommer Barnes lost her mom, a stepdad -- who she says was like a father to her -- and her brother.

On Friday, Barnes spoke with WCNC Charlotte’s Ashley Daley to shed some light on what may have led her brother, 32-year old Issac Barnes to his breaking point ahead of an hours-long standoff with police, which resulted in the death of their parents and two Watauga County sheriff's deputies.

“He and I were pretty close,” said Sommer, saying she and her brother talked a lot. “He was a big talker,” she joked.

Sommer says Barnes, was at times eccentric and had his quirks, but led a normal life. But about two years ago, she said her family started to notice a change.

“He seemed paranoid and delusional and he was just afraid,” she said.

Sommer said the family had been trying to get him help ever since. They looked to family support groups and reached out to advocates like the National Alliance on Mental Illness (NAMI). She said the resources simply weren’t there to help him.

“If we could have forced him into it we would have, but there’s just not a way to do that with an adult,” she said. “Any suggestion we made that he needed help to him, made it worse, or made him distance himself more from us.”

Sommer Barnes' pictures of her family

Sommer said Barnes moved in with their mom and stepdad on Hardaman Circle as they all tried to get him help. The tipping point for Barnes came last week, when he was summoned for jury duty.

“This of course in his mind was some sort of conspiracy to get to him,” she said. "My mom went to the courthouse and told them, 'Issac is not going to be coming because he is mentally sick.'”

She said Barnes was so distraught over it that he left town.

Worried that he may be summoned by police for skipping out on jury duty, Sommer explained her mom also called police.

“She was friendly with everyone in the town, so she was going to law enforcement to make them aware of Issac’s mental status, because not that she thought he was going to do something, but if they had to ever encounter him they should know that he’s not really in his right mind and that he would probably see them as a threat,” she said.

But Barnes would never go on to get the help he needed, she explained. On Wednesday morning, he shot and killed his mother and stepfather – Michelle and George Ligon -- inside their Boone Home, before turning the gun at deputies. The encounter resulted in a 13-hour standoff that left two deputies dead.

Deputy Logan Fox, 25, a two-year veteran of the Watauga County Sheriff’s Office and Sgt. Chris Ward, 36, an eight-year veteran in the field of law enforcement, who married his high school sweetheart and is a father of two, ages 19 and 5, were killed.

Sommer said her brother then turned the gun on himself.

“This is just my worst nightmare outcome of this situation,” she said. A situation she thought could be a possibility, but never imagined would happen.

And when it came to her brother Isaac, Barnes said her mother "really wanted him to get well and wanted to help him." That's why Isaac was living in the house, she explained. She said her mom and her stepdad had told law enforcement about Isaac because of his mental health struggles.

"Not that she thought he was going to do something, but if they had to ever encounter him, they should know that he's not really in his right mind and that he would probably see them as a threat," Sommer Barnes explained. "They were worried for their safety, for Isaac's safety, and for the law enforcement's safety."

“It did occur to me because young, white men with mental illnesses, we’ve seen that in this country time and time again. So knowing that my brother had these issues and that he was terrified, I was worried about what he would…I never thought he wanted to hurt anybody or that he would,” she said.

Sommer said she’s now left to rely on her own inner strength to get her through the aftermath.

“I felt really, really alone when I heard the news, and people have shown me that I’m not,” she said.

She hopes everyone remembers her mom, not only as “the biggest cheerleader for Boone that there ever was,” but as a mom who had unwavering love for her child until the very end.

“She was a really committed mother," Sommer said.

Michelle Ligon spent nearly 20 years in the tourism industry and her last 12 years working with the Boone Watauga County Tourism Development Authority (TDA). In 2017 she was awarded the Sue W. Wilmoth Award for the Advancement of Tourism, recognizing her work on ExploreBoone.com.

On Friday, Wright Tilley, the Executive Director of the Boone and Watauga County TDA showed WCNC Charlotte Ligon’s office. He said it was just the way she left it Tuesday evening.

“Our hearts hurt right now, I think most of us are just kind of numb at the moment,” Tilley said while noting her tremendous impact on the community. “She just touched so many people over the years and in tourism and promoting."

Michelle’s husband, George Ligon, served as a branch manager at Terminix of the Triad for more than 20 years. The company released a statement saying George was a dedicated mentor to many.

Sommer Barnes said George was like a father to her, who always supported her and Issac.

“I mean I know he loved Issac too and it’s just too sad,” she said, saying her mom and George would have celebrated their 15th wedding anniversary later this year.

“I have been so, so grateful for George over the years. My mom had this fiery personality and George was as cool as a cucumber. They really balanced each other out. They were just so perfect for each other,” said Somer.

“George came and was just…I just wish he’d been there my whole life," Barnes said. "I remember the first time he referred to me as his daughter. I think I cried then too because he was just such a good dad."

His niece, Melissa Hudgins, said he was also a great uncle.

“My uncle was always such a happy person, even when life had you down he would always be smiling," she said.

“My aunt, from the time I met her, was one of the nicest and sweetest people. When I got married, she was just as excited to know the details about what I was planning as anyone in the family,” Hudgins said.

“Every time I saw them they were both so happy together. They met later in life and really enjoyed the time they were given together. I will miss my uncle’s happy attitude and contagious smile most of all.”

To help remember the lives lost on April 28, several Watauga County and High Country businesses, organizations, and citizens have rallied together to create a Community Night of Remembrance. It is scheduled for Monday, May 10.

Community members can sign up to receive information about a special kit that includes a blue LED lightbulb to honor Watauga County Sheriff’s Deputies Chris Ward and Logan Fox, and the hundreds of law enforcement officials and first responders from across the state that aided the community during the tragedy.

The kit will also include a red ribbon to honor George and Michelle Ligon.