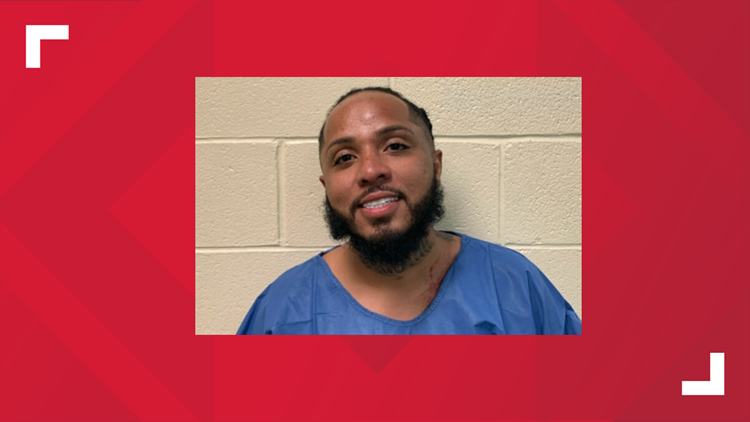 Man abandons 5-year-old son after crash, steals another car, crashes into church, then tries to break into home: Burlington police

BURLINGTON, N.C. — Burlington police said a man crashed his car, left behind his 5-year-old son, stole another car and threatened to shoot the owner, crashed the stolen car into a church, and then tried to break into a home before he was arrested.

The series of events began around 10 p.m. Friday when Yavier Luisan Jesurum crashed his car at a construction site on St. Mark’s Church Rd near Garden Road, according to Burlington police.

After totaling his car, police said Jesurum left the area and his 5-year-old son behind inside the vehicle.

"Mr. Jesurum then approached a victim at the McDonalds on S. Church where he threatened to shoot the victim before stealing the victims 2008 Toyota Highlander," the Burlington Police Department said in a news release.

Jesurum drove the stolen car and crashed it into the Trinity Worship Center at 3157 S. Church St. The church's total damage is about $125,000, according to police.

He then walked through the church before exiting.

Police said that afterward,  Jesurum tried to break into a home on Fieldstone Dr. in Burlington and was confronted by the homeowner.

Officers arrested Jesurum in front of the home.

Jesurum's 5-year-old son was reunited with his mother and the child was taken to a hospital for evaluation.

Jesurum was also taken to a hospital. Burlington police said he will face the following charges: