Police say two employees were inside the Waffle House on Alamance Road when the robbery happened. 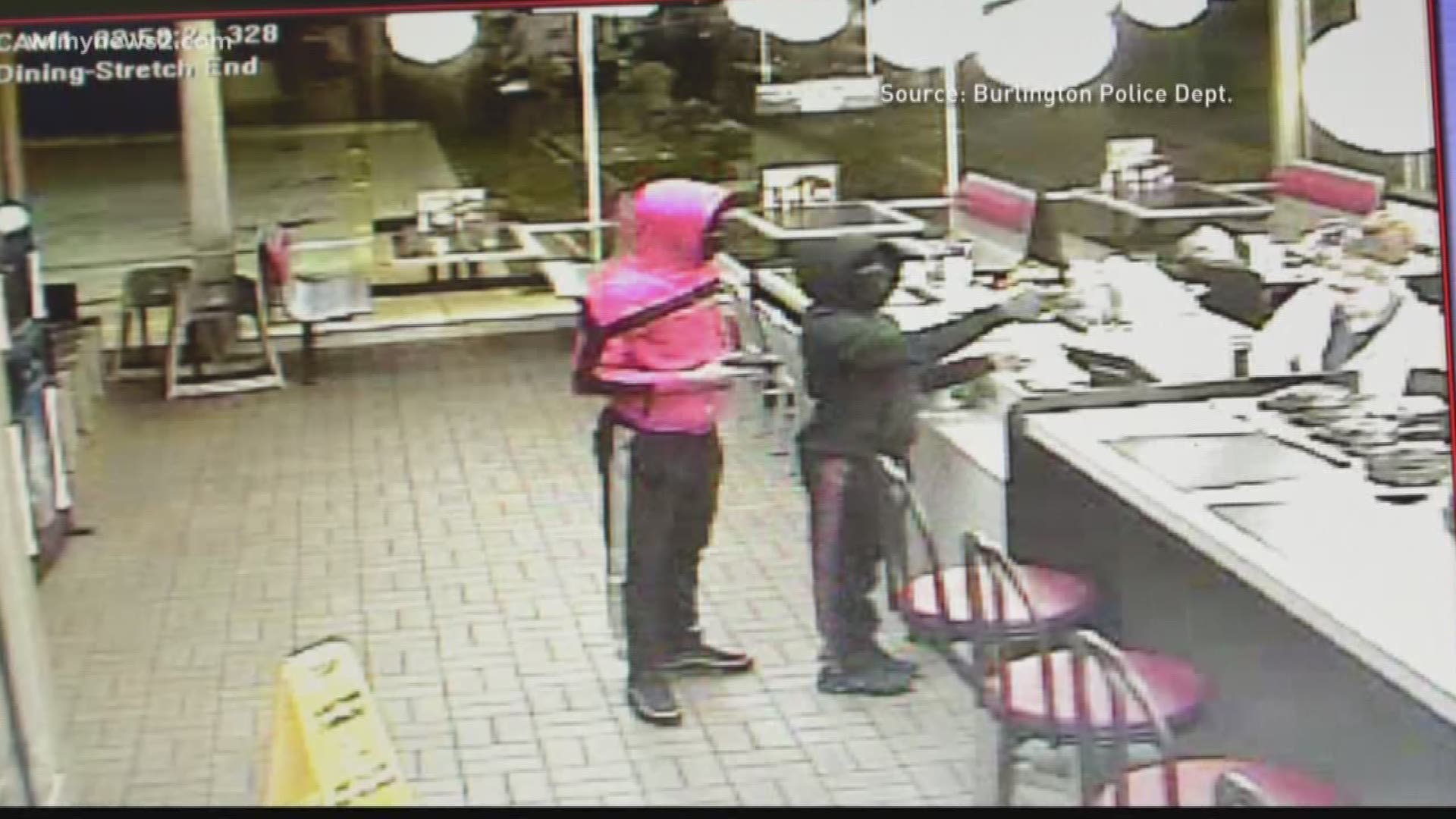 BURLINGTON, N.C. — Burlington Police are looking for two men and a woman who robbed a Waffle House at gunpoint early Wednesday morning.

Police say the robbery happened at the restaurant on Alamance Road around 3 a.m. Two employees and one customer told police that two men and a woman entered the business with guns and demanded money.

Police say the suspect got away with cash and headed west on I-40.

A short time later, Greensboro Police responded to an armed robbery at Carolina's Diner on South Regional Road. Witnesses reported two men and a woman entered the restaurant with guns and stole cash. No one was hurt. Police have not said if this robbery and the Burlington Waffle House robbery are connected.