Break in Valentine Sally case arrives near anniversary of one of St. Louis' most gruesome cold cases 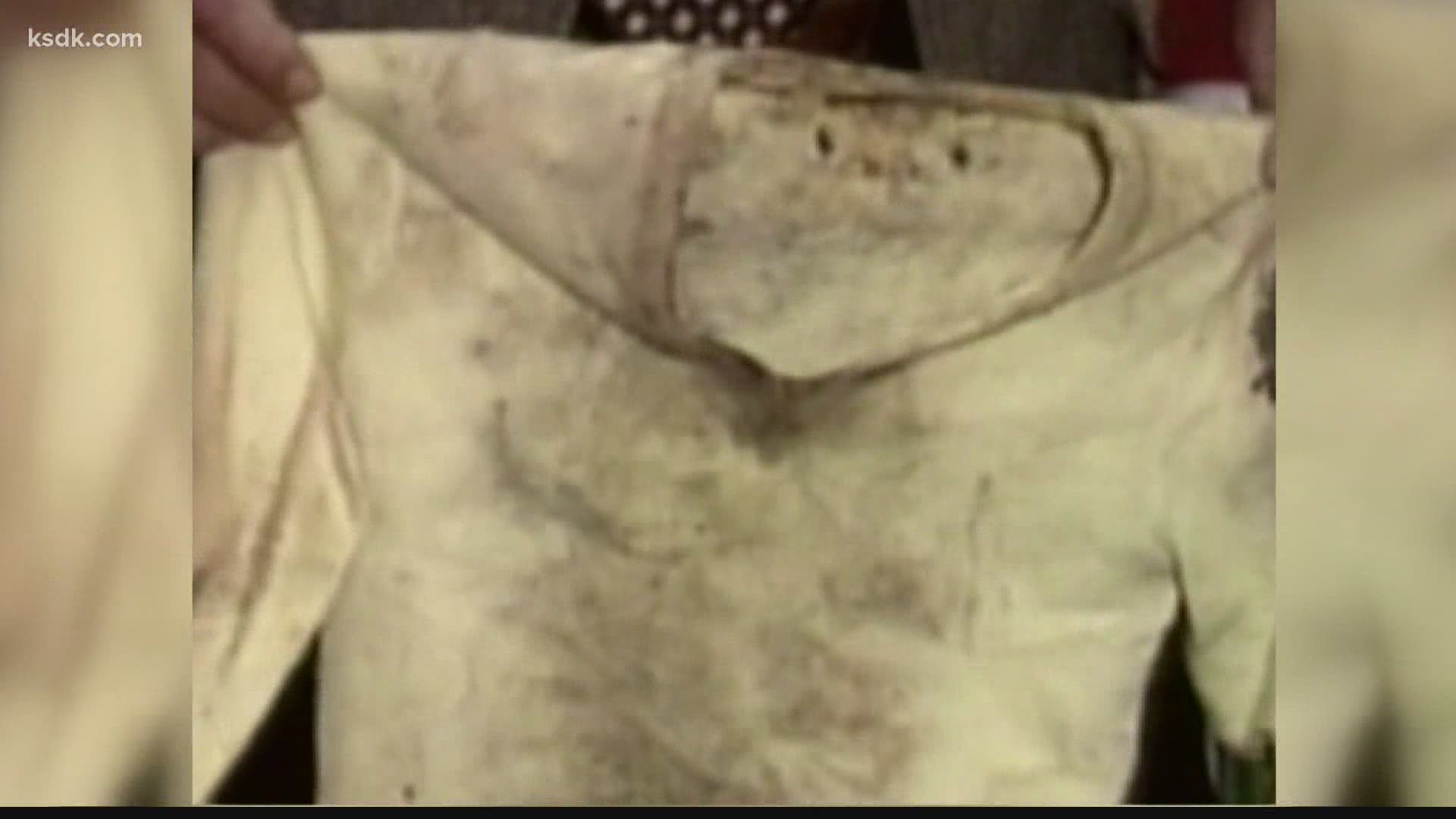 All are names St. Louis homicide detectives have given the little girl whose decapitated body was found in the basement of an abandoned four-family apartment building. Her head was never found.

Her real name has eluded them for 38 years this week.

But there are some updates to report.

This case is one of its priorities.

Investigators have ruled out about 20 children through DNA.

And they are keeping an eye on how private DNA databases are leading to big breaks in other decades-old cases.

Just this week, another young Jane Doe with a name homicide investigators gave her came to some resolution.

Police in Arizona were able to identify Valentine Sally, as she was known for about 40 years, as Carolyn Eaton – who ran away from her St. Louis County home at 17.

DNA stored in private databases, such as ancestry.com, 23andMe and GED Match, is helping police identify victims as well as track down suspects by tracing DNA along family lines. People usually enter their DNA into those private sites to learn more about their roots.

The technique got a lot of attention when investigators arrested the serial killer known as the Golden State killer in 2016 – more than three decades after he raped, murdered, burglarized and terrorized dozens.

So, why can’t it help identify Baby Jane Doe?

St. Louis Maj. Shawn Dace says he gets that question a lot.

The new Cold Case Unit answers to him.

“I mean just because one case is solved doesn’t mean another one should be automatically solved,” he said. “Homicide cases are not cookie cutter cases. It takes breaks here, it takes cooperation from the community, it takes a variety of things to solve cases.”

Sources tell me searches in the private databases have so far been unsuccessful in finding a direct relative of hers.

Medical examiners estimated her to be between the age of 8 and 12 years old.

Two men whose car broke down in the 5600 block of Clemens Avenue in 1983 found her while looking for a pipe to help them fix their car inside an abandoned building.

They had just flicked on a cigarette lighter in the basement when they made the grisly discovery.

She was naked from the waist down, and was wearing only a bloody yellow V-neck sweater.

Her hands were tied behind her back with a red and white nylon rope.

Her fingernails were painted red, sloppy and chipped, like you would expect of a child’s ability to paint their own nails.

Right around the 30-year anniversary of the case, St. Louis police investigators wanted to exhume her body from a pauper’s grave at a cemetery in north St. Louis County to get fresh DNA samples.

The cemetery had fallen into major disrepair through the years. Trees and brush swallowed many of the graves when I visited the site in 2012 as a reporter for the St. Louis Post-Dispatch.

But a dedicated group of volunteers, including Calvin Whittaker and Dan Newman, were trying to restore the cemetery and find Baby Jane Doe’s real grave.

A young geospatial studies undergrad at Washington University named Abby Stylianou saw the piece and asked us to find as many pictures of the burial ceremony as we could. She said she believed her fellow students could pinpoint the grave’s location based on the positioning of the trees in the original photographs.

My editor at the time, Pat Gauen, tracked down the retired photographer, who much to our surprise, still had the negatives.

In 2013, a digging crew headed out to the cemetery and found Baby Jane Doe.

At the dig that day was retired St. Louis homicide detective Joe Burgoon. He’s one of the few original investigators still alive.

That exhumation led to mineral testing on her bones, which narrowed the little girl’s likely origin to about 11 states in the southeast region of the country.

I remember thinking how insignificant that information seemed.

Burgoon reminded me, “That’s more than we had before.”

What he and the new Cold Case Unit investigators can’t get past is knowing somebody, somewhere had to know Baby Jane Doe.

Someone had to sit next to her in class.

Someone had to have seen her at a family gathering.

Someone had to wonder why they never saw her again.

And someone had to know her real name.