"Regardless of what your worldview is, this should cause you to be sick to your stomach," CMPD's Major Ryan Butler said. 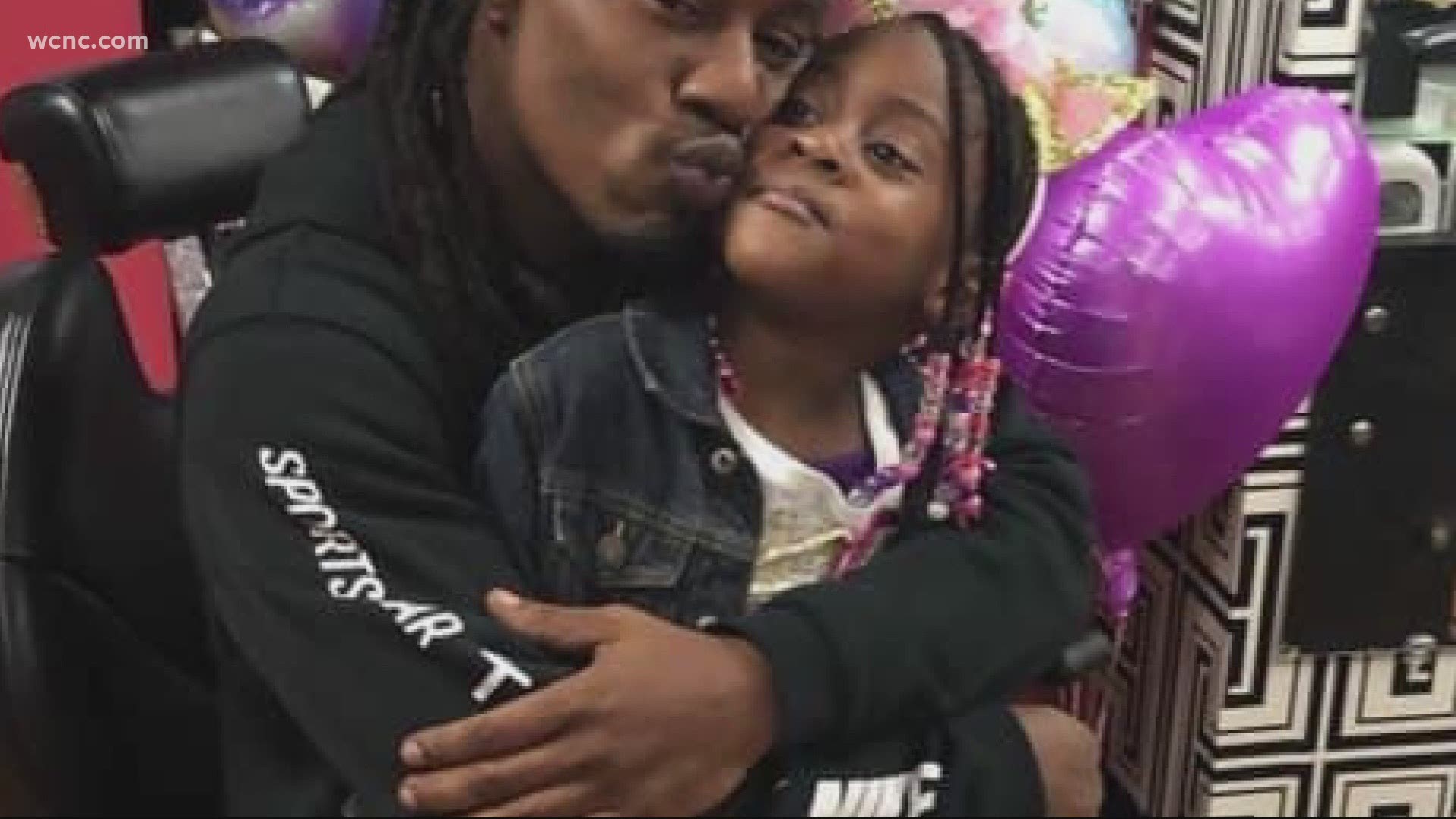 CHARLOTTE, N.C. — Two people have now been been charged in the shooting death of a five-year-old girl in northeast Charlotte, the Charlotte-Mecklenburg Police Department announce in a case update Thursday afternoon.

The five-year-old girl died after being shot inside a home near the 6700 block of Elgywood Lane in northeast Charlotte late Wednesday night, according to investigators.

Around 9:30 p.m. responding CMPD officers found 5-year-old Amani Barringer with a life-threatening gunshot wound to the neck. She was transported to the hospital where she succumbed to her injuries.

In the aftermath of the shooting, homicide detectives interviewed a 14-year-old at the home.  The teenager, who has not been publicly identified, was charged with involuntary manslaughter.

On Thursday, investigators announced an adult had also been charged in connection with the shooting. The adult is being charged with failure to secure a firearm. Police said the adult is not being named publicly in order to protect the identify of the 14-year-old juvenile charged in the case.

At the time of the shooting, police believe two teenage family members were inside the home with the child. No charges have been announced against the second teenager. 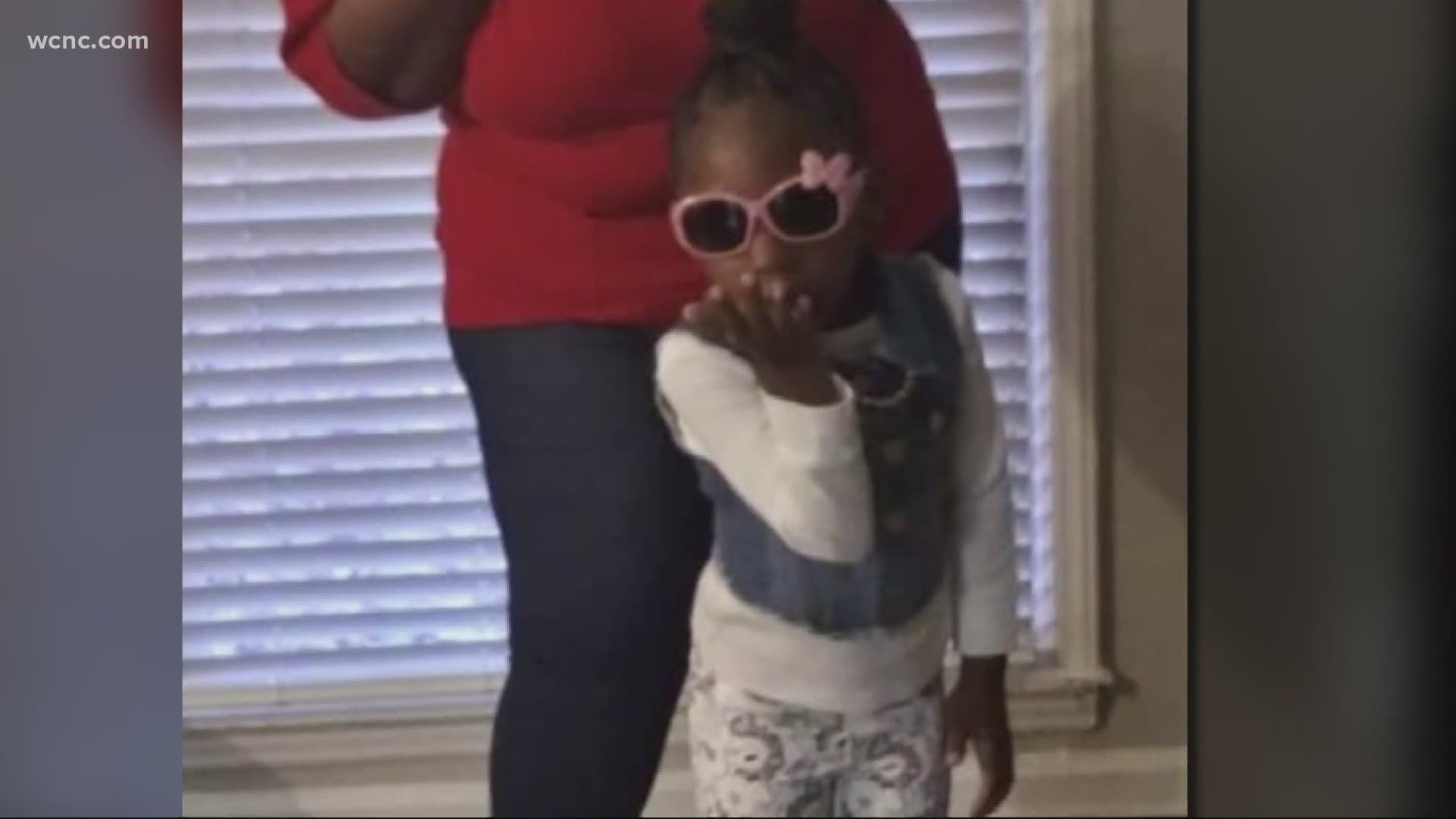 RELATED: 'It's so preventable' | Gun shop owner offers free locks after 3 children are shot due to unsecured firearms

"This morning, there was a five-year-old girl who got up and had breakfast and played, and now that five-year-old girl's not with us anymore, and I don't have a good explanation," CMPD's Major Ryan Butler said late Wednesday night in the immediate aftermath of the shooting. "What I can tell you is this, none of that matters in the sense that regardless of what caused it, there's a five-year-old little girl who's not alive right now."

Major Butler said homicide detectives, crime scene investigators are patrolling the scene and canvassing the apartment complex to gather more information. CMPD asks if anyone knows anything about the case, to contact CMPD or Crime Stoppers.

Citing other recent homicides in Charlotte, Butler called on the community to help control the ongoing gun threat.

"Regardless of what your worldview is, this should cause you to be sick to your stomach," Butler said.

As a mother and a grandmother, nothing affects me more deeply than the death of a child. I am calling on our community to learn from last night’s tragedy. If you are a gun owner, please lock up your firearms. If you don’t have a lock, go buy one today.

Charlotte Mayor Vi Lyles is calling on the community to lock up their firearms.

"As a mother and grandmother, nothing affects me more deeply than the death of a child," Lyles tweeted Thursday. "I am calling on our community to learn from last night's tragedy. If you are a gun owner, please lock up your firearms. If you don't have a lock, go buy one today."

"Yesterday, I heard a loud noise, and I just came outside and I saw the lights, the police were here in an instant.. and the mom said, 'He shot my baby,'" recalled Brianna Crowder, a neighbor.

"She's got a beautiful smile, she loved everybody," Crowder said. "She's so freaking cute... I can't believe it."