Crooks Passing Off 'Movie Money': How You Can Spot It

The U.S. Secret Service warns the proliferation of "movie money" or "prop money" sold online is creating problems for police and confusion for businesses. 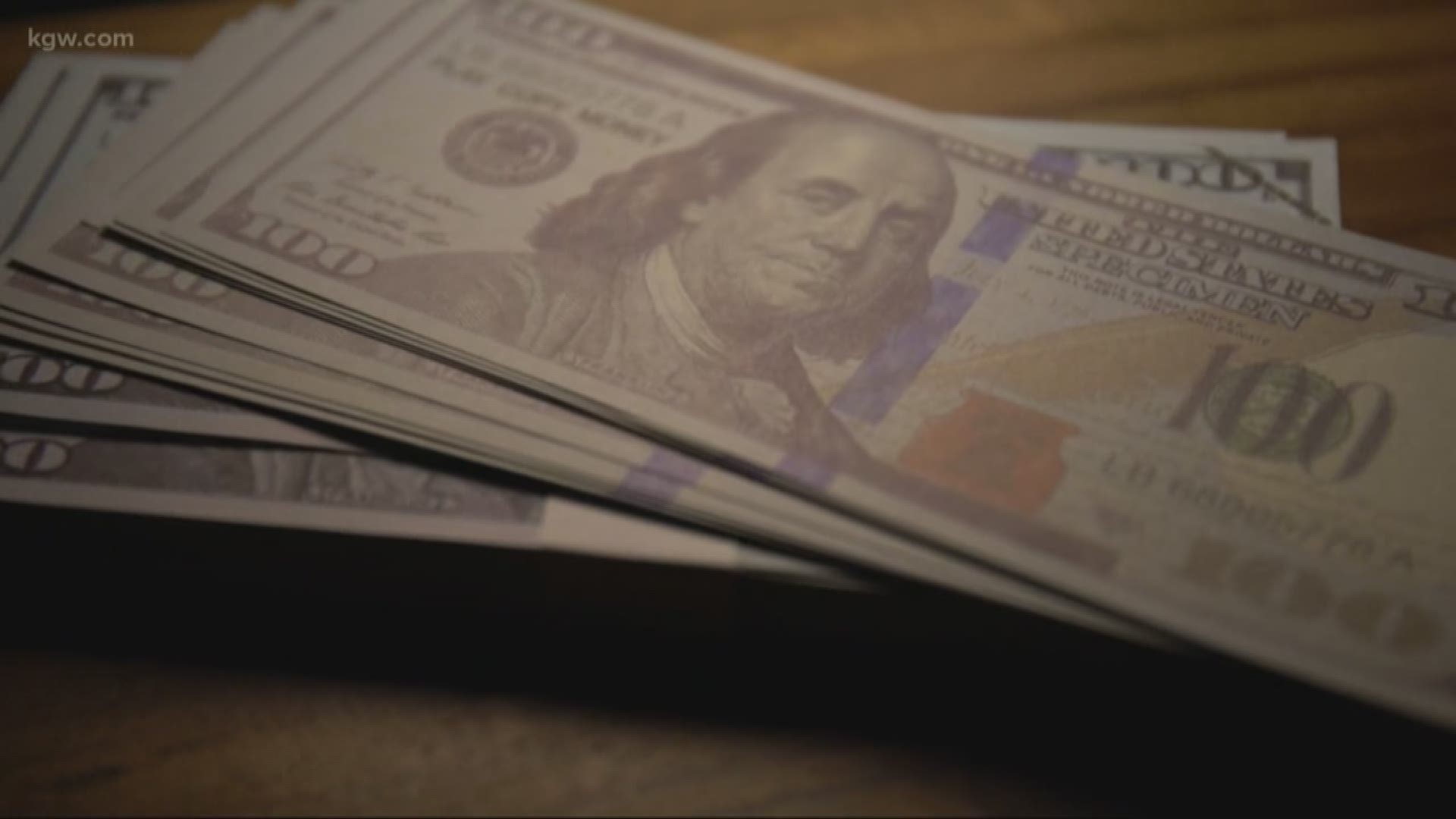 PORTLAND, Ore — The online retail giant Amazon is selling money that looks like real cash. Don’t be fooled: The money is fake.

Look closely and you can see the words, “PROP MONEY” printed on the edge of some of the bills, others are marked “For Motion Picture Use Only.”

Police warn that prop money, originally created for the motion picture industry, isn’t just appearing on the big screen. Crooks are trying to pass off movie money as the real thing.

“Within the past three to five years, the United States Secret Service has seen a significant increase in the availability and passing of ‘For Motion Picture Only’ otherwise known as prop money,” said Justin Bourne, Resident Agent in Charge of the U.S. Secret Service office in Portland.

A search of “prop money” on Amazon turned up dozens of listings from third-party sellers. The ads feature detailed images of movie money or play money, including $100, $50 and $20 bills.

One advertisement for prop money on Amazon includes photos of a $100 bill with an offset image of Benjamin Franklin between “Federal Reserve Note” and “The United States.” The item on Amazon, advertised as “Toy Copy Money Movie Money” offered $6,000 in fake bills for ten dollars.

Prop money qualifies as counterfeit under federal law, according to the U.S. Secret Service. Trying to pass movie money off as real is illegal.

It’s not clear why Amazon allows counterfeit tender to be sold. Amazon did not respond for comment.

The proliferation of movie money sold online is creating problems for local police and confusion for businesses.

“I think our first time we saw it was 2015 or 2016, but it’s obviously getting bigger,” said detective Jayne Johnson of the Lincoln City Police Department. “It can have a very real look and feel.”

“Any place that takes cash can be vulnerable,” Det. Johnson explained.

In a different incident, a customer handed bartender Cindy Hash a fake $20 bill at Snug Harbor Bar & Grill. The man claimed a lottery machine wouldn’t accept the bill. He asked for change. After checking the bill with a special marker, Hatch determined it was bogus.

“I looked like a $20 bill and had some red writing off to the side of it,” said Hash. The red printing appeared to be Chinese characters, similar to the prop money sold online.

Corey Green of Game Over Arcade encountered prop money after a man handed him a phony $50 bill. Green said the bill didn’t feel right, so he refused to take it.

“He snatched it out of my hands real fast and ran out,” said Green. “That was the last we saw of him.”

Law enforcement admits various types of counterfeit currency surface from time to time. In 2018, the Secret Service estimated $107 million in counterfeit U.S. currency was in circulation.

Movie money or prop money is something relatively new.

“In Oregon, we have seen a significant increase in those notes being passed, said agent Bourne.

Police in Des Moines, Washington issued a similar warning in October 2018 after a woman tried to pass phony bills at a Safeway store. The woman attempted to buy a Visa gift card worth $5,000 using fake bills. Photos of nonlegal tender show Chinese characters, printed in pink ink on the fake $100 bills.

In March, police in Clearwater, Florida arrested a man for trying to buy lottery tickets with movie money. Police reports show Timothy Zimmerman used a $100 bill marked “For Motion Picture Use Only” to buy scratch-off lottery tickets. Zimmerman could not be reached for comment.

Retailers can identify movie money because it is often marked “For Motion Picture Use Only.” Some fake bills include the words “Prop Money” or “Play Copy Money.” Other examples of prop money include pink or red Chinese characters printed on the face of the bill.

EBay has a policy for replica money that requires listings adhere to strict federal rules. The Counterfeit Detection Act of 1992 requires any reproduction of U.S. currency be printed on one side only and being significantly larger or smaller than real bills. eBay also requires listings for replica money clearly state that the items is a “reproduction, “replica” or “copy” in both the title and description.

“We have filters in place to prevent items that violate this policy from being listed, and conduct regular reviews and sweeps of our marketplace for listings that may have circumvented our filters,” wrote Ryan Moore of eBay in an email to KGW. Moore explained if a seller is in violation of this policy, they could be suspended from selling on eBay.

The U.S. Secret Service warns anyone in possession of movie money or prop money should forfeit the fake bills to law enforcement. Additionally, anyone trying to spend prop money for goods or services should expect to be arrested.

The agency is working with the U.S. Department of Justice and online retailers to try and remove these products, according to Bourne.

Employees who have encountered movie money or prop money admit, the bogus bills are frustrating.  Businesses are on the hook; they take a loss if the money turns out to be fake.

“$100 to a major corporation may not be that big of a deal, but for a small business, a $100 bill can be a big deal,” said Det. Johnson of Lincoln City Police.

“I have friends that work in bars and grocery stores and they’re having the same problem with fake money,” said Green, of Game Over Arcade. He believes online retailers, like Amazon are making it too easy for criminals.