Utility workers knocked on doors to let neighbors know they were working on a water main line - that's when one of the neighbors showed a gun to an employee. 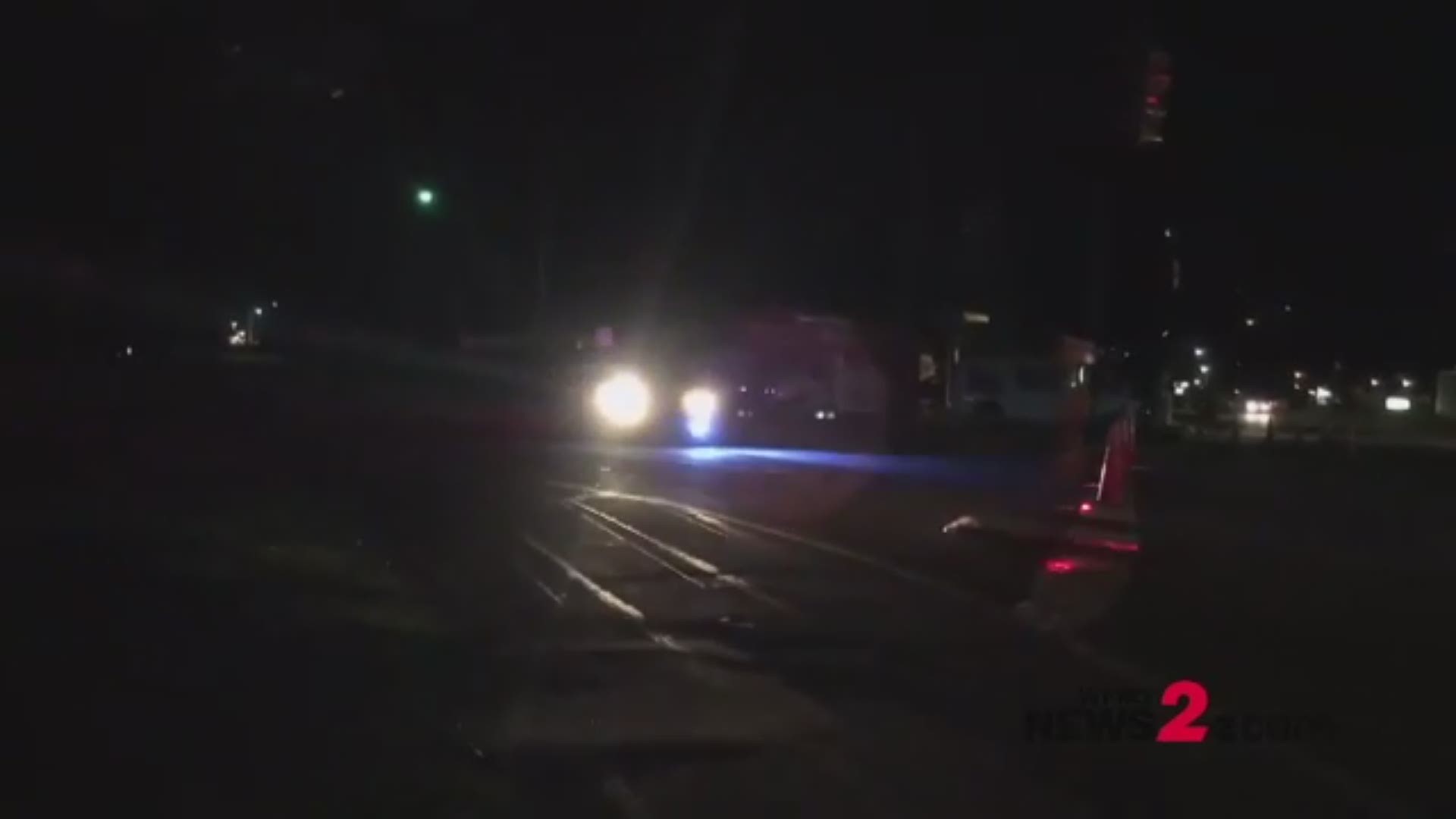 Before a deadly deputy-involved shooting in Jamestown on Sunday night, town officials say a man confronted a town employee and showed a gun.

According to Jamestown Assistant town manager Matthew Johnson, utility workers were working on a water main break in the area of Penny Road and Greensboro Road that night. He says employees knocked on neighbors' doors, as they usually do, to let them know what was happening and when the work would be completed.

Johnson says when a utility worker knocked on the door of one home, a man "confronted the employee and showed a gun." That's when the utility worker called the non-emergency line to get a deputy out there for safety.

The sheriff's office said deputies responded to a 'threatening situation' at a home on Penny Road just after 5 p.m. after getting a call from utility workers.

Sheriff Danny Rogers said one of his deputies knocked on the suspect's door, and identified himself. At that point, Thayer approached the deputy 'in a threatening manner brandishing a handgun' and two shots were fired by the deputy. The suspect was pronounced dead at the scene.

The sheriff's office confirmed the deputy involved was not injured.

"He is fine physically. Mentally, we hope that everything will continue, when you go through an officer-involved shooting, it's more than just the physical piece to it," Guilford County Sheriff Danny Rogers said. "The emotional and mental piece of it. So he is at home. We hate it, I hate it. Anytime a life is lost or any time injuries occur. We have a dangerous job out there."

The sheriff's office says a total of six officers responded to the scene.

The SBI is now investigating.

The suspect has not been identified by the sheriff's office.

Myrtle Beach gentlemen's club under investigation for operating as a brothel, police say

Police: Lexington man arrested, accused of dragging woman into basement before trying to sexually assault her