“We know these situations can escalate to fatal violence at any time," Gooden said. 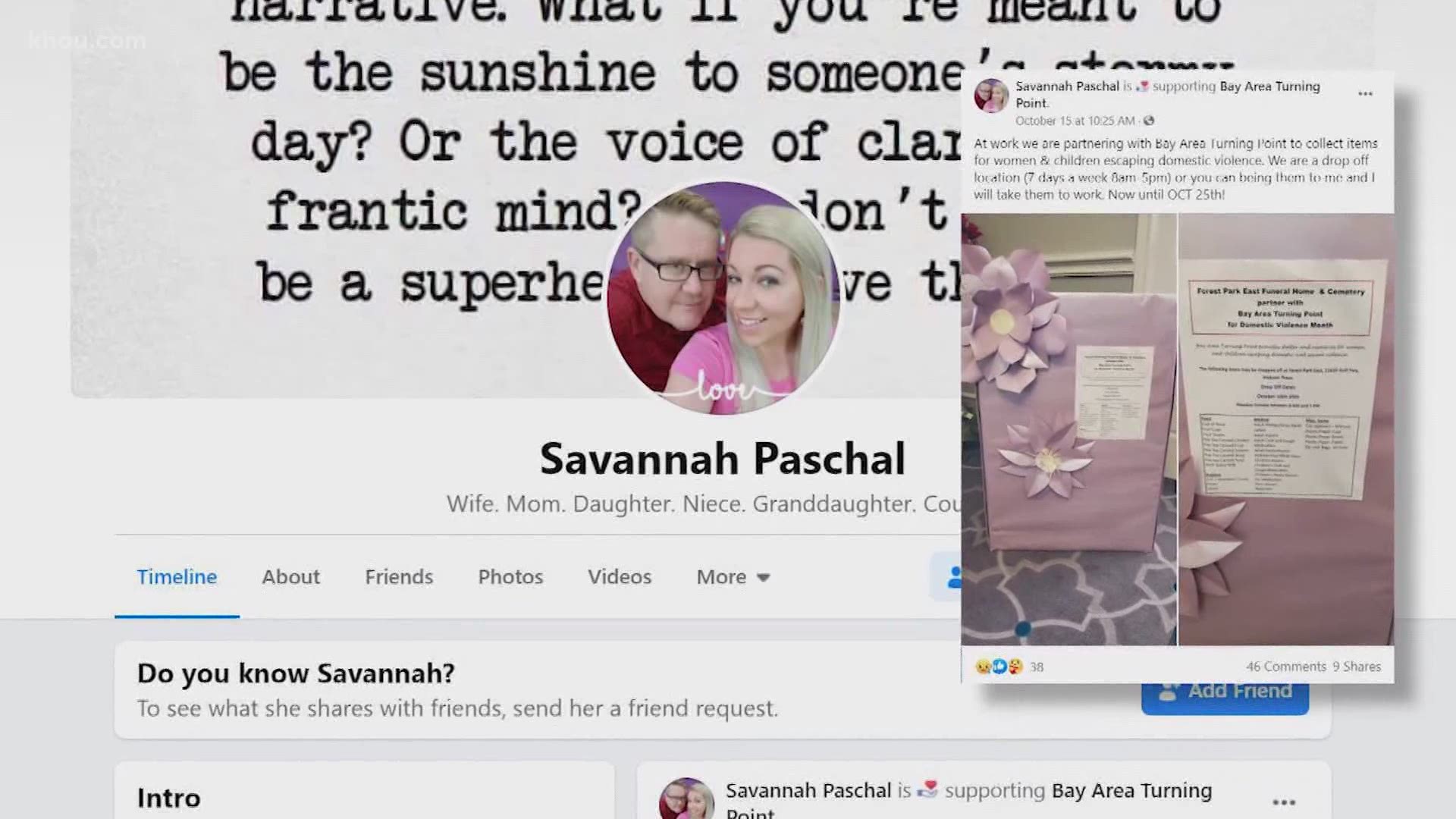 HOUSTON — It’s been a heartbreaking week here in the Houston area. There have been multiple deadly shootings, many of them tied to domestic violence.

It was just a week ago that Savannah Paschal was posting on her Facebook, donations for victims escaping domestic violence.

Then, her life was suddenly taken Wednesday, police say by the hands of her own husband.

La Marque Police say it appears her husband, Trent Paschal, posted a video, apologizing to his daughter before the shooting.

They say he then fled the scene, but was later found by Harris County Deputies near I-45 and West Road. Deputies say Paschal had a weapon but would not drop it, forcing deputies to shoot him, putting him in critical condition.

This is the third domestic violence shooting this week alone.

Mann Austin Hayes is accused of killing his ex-girlfriend Julie DeLa Garza while she was riding in a truck with her current boyfriend Sunday.

And then, two days later, it was a dangerous domestic violence situation that lead to the death of Police Sgt. Harold Preston.

“Getting out saved my life," Activist Beverly Gooden said.

“We know these situations can escalate to fatal violence at any time," Gooden said.

She knows how hard it is to leave.

“You have someone telling you 'I'm going to change. I'll never do it again,' things like that, and so you believe that despite what the behavior may show," Gooden said.

She says there are warning signs that victims can look out for:

“My ex-husband moved me across the country, away from everyone that I knew," Gooden said.

Gooden made a plan. She was able to escape. She now makes bolt bags to help others get out.

“We have certainly seen an uptick in calls since the pandemic started back in May," Celinda Guerra with the Houston Area Women’s Center, said.

The Houston Area Women’s Center says the pandemic is only increasing the stress at home.

But they can help you get out.

“We also offer a safe shelter. Our 24 hour crisis hotlines are completely confidential for anyone who might be seeking any support services or simply have questions before they decide to take the next step. We’re available at all time," Guerra said.

These are their phone numbers: