Police said the driver was traveling the wrong direction in the express lanes. 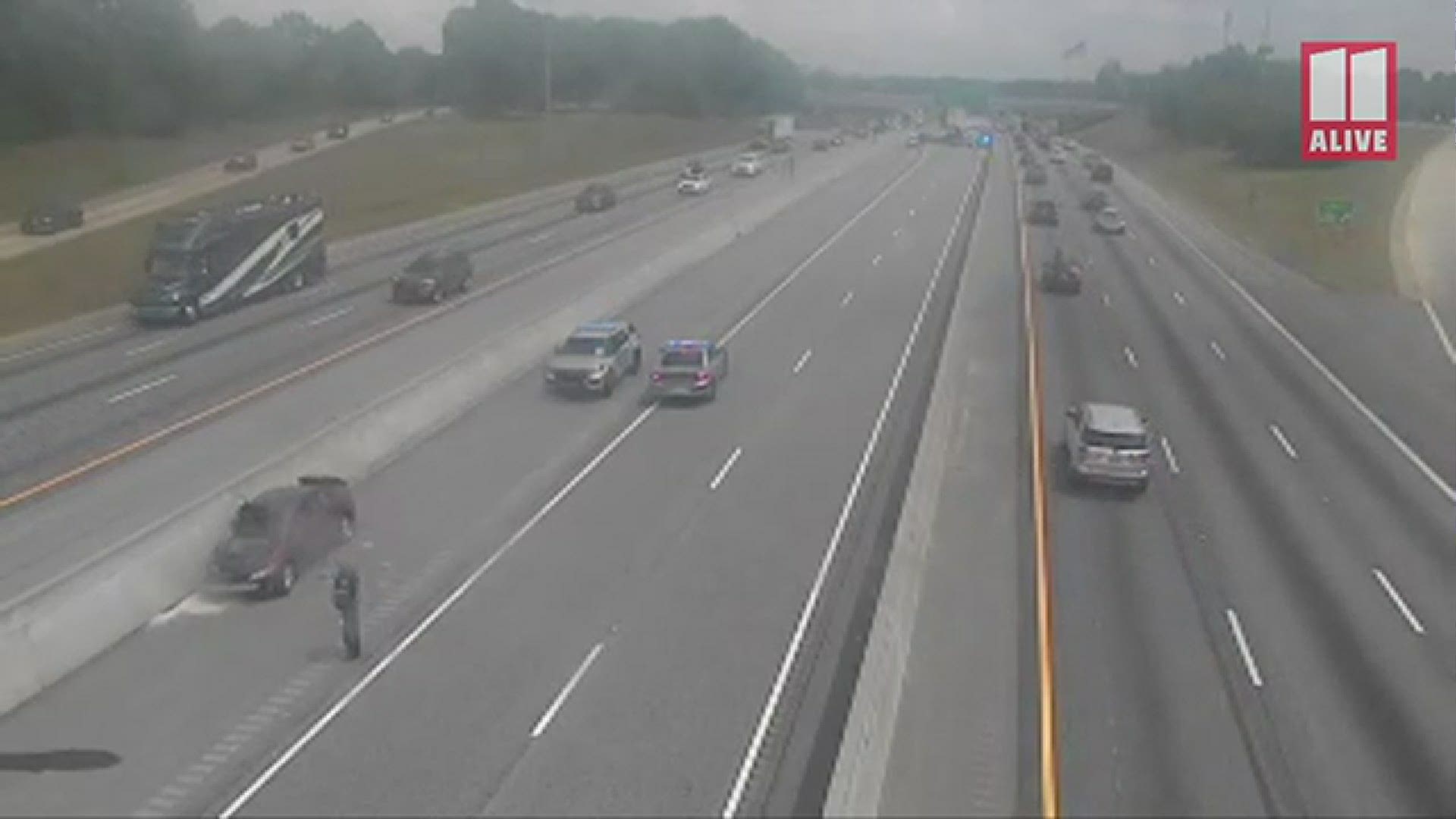 HENRY COUNTY, Ga. — A driver crashed on I-75 after a police pursuit Friday, according to Henry County Police.

It happened around 2:15 p.m. on the northbound side of the interstate around Jonesboro Road.

Henry County Police said the driver traveled down the wrong direction of the express lanes. They said they stopped the chase and the driver crashed shortly after.

Georgia Department of Transportation cameras showed lanes blocked off as police responded to the scene. After the crash happened, GDOT also tweeted that drivers should avoid the area.

There is an accident on the I-75 N Express Lane past Jonesboro Rd leaving it blocked. Avoid travel in this direction and use alternate routes. pic.twitter.com/Oy1MNvXEdh

There's no word on the identity of the driver or any charges.