High Point police said two vehicles were hit by gunfire, but no one was found hurt. 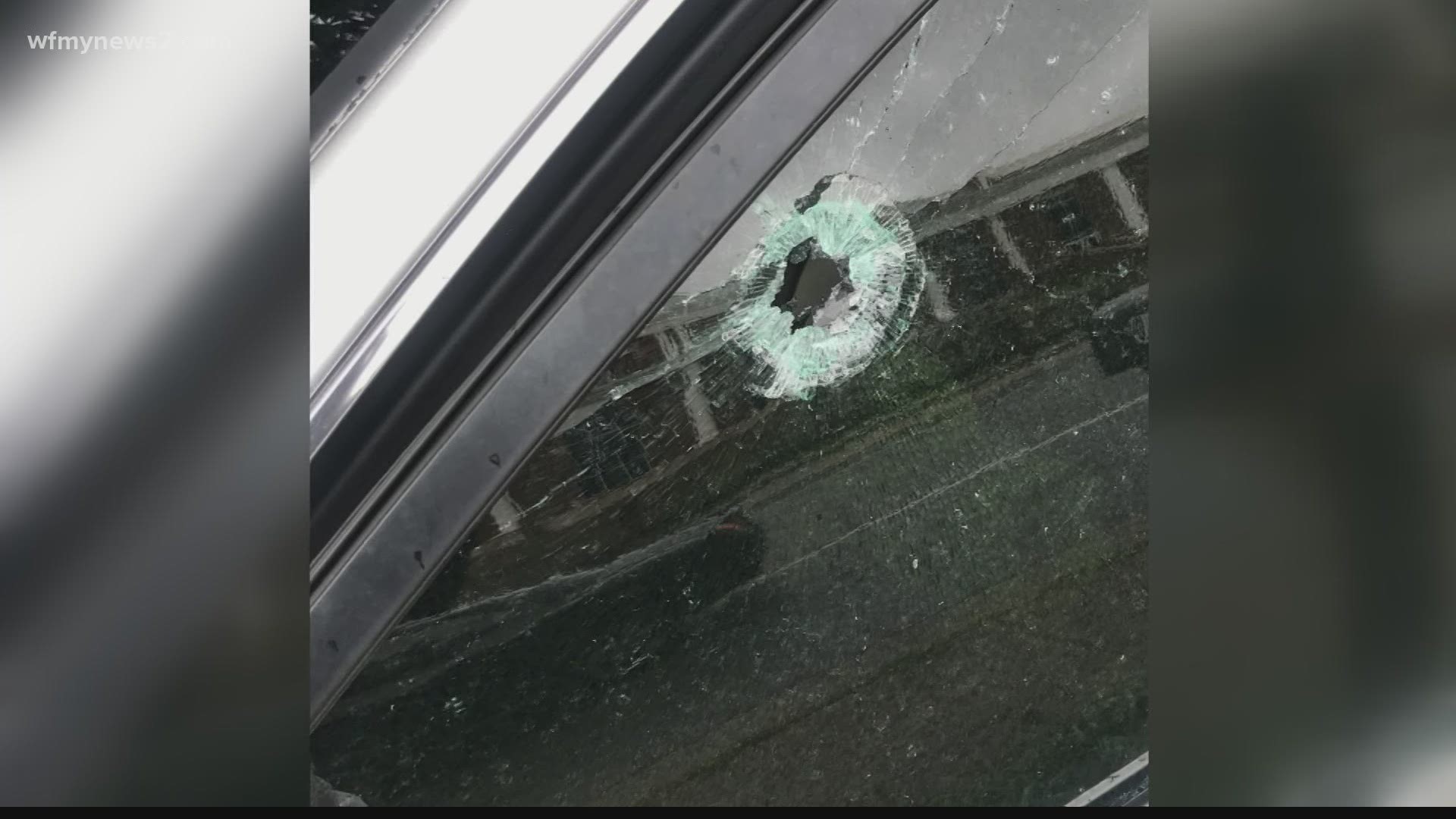 Several reports of gunfire came into High Point 911 just after 10 p.m. Officers said there was no active shooter when they arrived.

The police response was very strong and included High Point Police and the Guilford County Sheriff's Office. Officers initially believed the shooter had an assault rifle but a bullet found at the scene belonged to a pistol.

High Point Police said 12 9mm shell casings were found at the front of the Regal Cinema. Detectives are working to get surveillance video.

No one was injured but two cars in the parking lot were hit by a bullet.

WFMY News 2's Grace Holland spoke with the owners of both cars. They were still very shaken by the incident.

One was working at a restaurant near the theater. She said customers took shelter inside after reporting bullets ricocheting off the patio.

The employee hid until police arrived. A bullet shattered one of her car windows and damaged the rear windshield.

Another man said he was inside the theater at the time of the shooting. He came out to find that a bullet went through two windows of his car, grazing a headrest in the process. He said it will cost about $450 to fix.

High Point Police continue to investigate the shooting. Investigators do not have a suspect description.

No arrests have been made. Businesses within the complex went into lockdown and law enforcement restricted access to the area for about a half-hour until it was safe.

Incident at the Palladium in High Point has stabilized. Please continue to avoid the area due to an increased law enforcement presence throughout the rest of the night.

EMS and law enforcement responding to an evolving incident around the Palladium in High Point. Stay clear of the area or shelter in place if nearby.

Update: I just spoke with Captain Griffiths with the High Point Police Department. He said two vehicles were hit by gunshots in the Palladium Cinemas Parking Lot. No suspect information available at this time. No information about injuries. @WFMY

BREAKING: This is a look at the scene where there are police reports of an active shooter. Palladium shopping center is under lockdown. @WFMY pic.twitter.com/cjnrHA10UT